***Hey all...Aaron here again!  This post is being taken over by one of my best buddies, Josh.  We've been regularly playing games together for over a year since Em and I moved back to Indiana.  Enjoy his top 10!***

When Aaron asked if I’d write a guest post outlining my favorite games I played this year, I had to stop and consider what method I’d use to rank them. This is the first year I’ve been tracking my plays, and I had a surprising amount of data to work with. I was floored to discover that I’d played 104 separate games this year, and wound up only a few plays short of a 10x10. It took some time to narrow it down to 10.

First, a little about me: I spent much of my free time in the past 20 years playing video games and long-running RPG campaigns. I’ve always enjoyed tabletop games, and have always enjoyed the heavier side of gaming. In 2017, in an effort to reduce the number of hours I spend in front of various screens, I took up solo board gaming in a big way. I do some multiplayer gaming with Aaron’s group, and I’ve been running an open-invite weekly group for just shy of a year now, so I see a diverse palette of designs.

I ended up using a variety of determining factors to put together this list, but the final criterion was subjective enjoyment. It seems to be reflective of my broad preferences in tabletop games, despite the somewhat disjointed methods I used to pare things down. Let’s dive in! 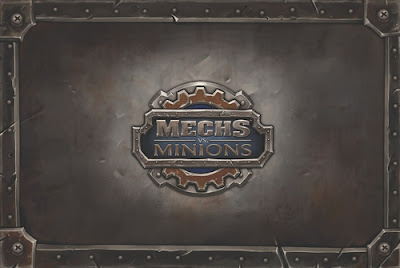 Mechs vs Minions came out of nowhere this year. While I’m not a fan of MOBA video games, I’m familiar with League of Legends, and it was very cool to see a company like Riot put their resources into what turned out to be an incredibly fun game. The rules were a breeze to learn and teach, and there’s a good depth of strategy for each of the scenarios - I’m still only halfway through the stack of dossiers, so I’m looking forward to seeing the difficulty ramp up. 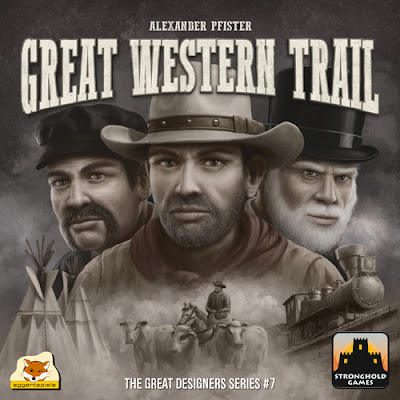 This was another surprise--when Aaron cracked open the box, I was expecting something completely different from a medium-heavy rondel game. I’m not sure I’ve found a go-to strategy in this one yet, but one of the marks of a great game is when it’s just as fun to figure out as it is to execute a competent strategy. I’m looking forward to playing GWT plenty more times in 2018. Maybe someday I’ll actually make it to San Francisco. 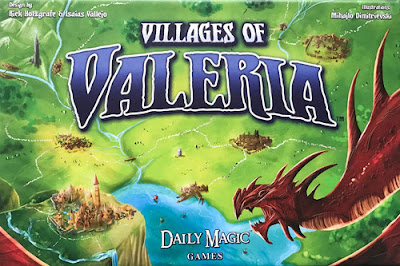 One of the few small-box games on my list, Villages of Valeria is the second installment in the Valeria series, and so far is my favorite of the three. I’m still in love with the Mico’s fantastic character artwork, and while it doesn’t quite have the depth of several other games in this list, the mechanics make up for it. I love how smoothly the game flows, with follow actions allowing every player to stay involved. Multi-use card play is quickly becoming one of my favorite mechanics, and Villages of Valeria nails it beautifully. 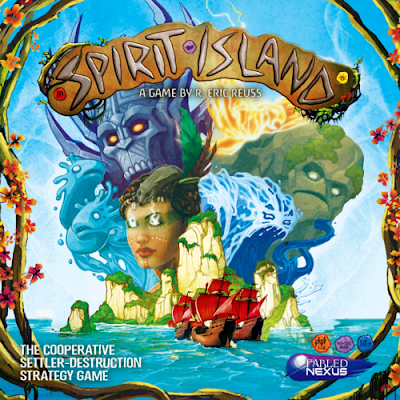 Spirit Island is one of the least-played games that made it into this list--this is mainly due to its recent release date, as well as the large number of new games that we brought back from GenCon 50. However, every time we’ve played, it has proven itself to be one of the most engaging games I’ve run into. It combines some of my favorite elements: area control, great card play, and a unique theme. I know we’re all excited to bump up the difficulty on this one, as well as dig into the expansion content, so I’m fairly certain Spirit Island will have a spot on next year’s list. 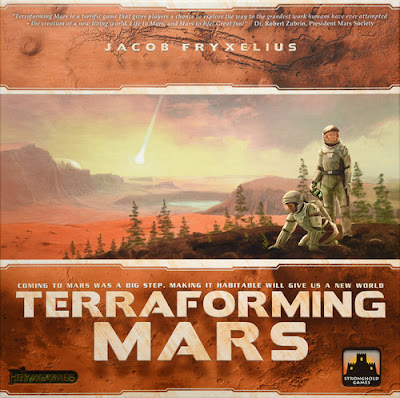 I was reluctant to pick up Terraforming Mars after seeing it in person at GenCon 2016. The complaints about the artwork and component quality are well-founded. However, I spotted it for a price I couldn’t refuse and gave it a try after months of hearing about how good the gameplay was. I ended up playing it solo almost every night after buying my copy. The engine-building card play combined with the tile placement is extremely engaging. I’m looking forward to more multiplayer sessions of this one, and the expansion boards seem to ensure that there’s plenty more to dig into
.
5 - Hoplomachus: The Lost Cities + Rise of Rome (Chip Theory Games) 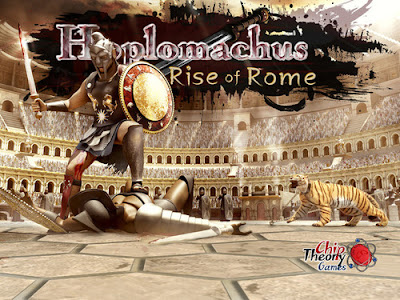 Whew. We’ve cracked into the top 5! While Hoplomachus wasn’t my first introduction to Chip Theory’s offerings, once I knew it existed I fell in love with it. Hoplo got its hooks into the side of me that enjoys a simple wargame, pushing me out of the rulebook and onto the battlefield. This is one game that is not only viable for solo play, but works wonderfully as a co-op. I haven’t spent much time in head-to-head battles, but I haven’t found a need to. Like all CTG games, Hoplo is a pleasure to experience. 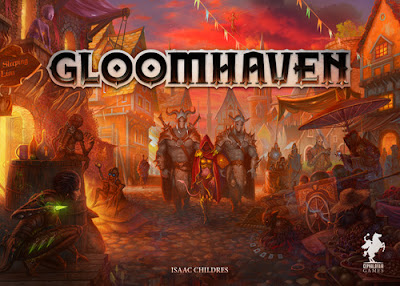 I was fortunate to have an early shot at this behemoth. Aaron was one of the few pre-order customers that wasn’t caught up in the first print shortage, and we’ve hit this one hard from day one. The combination of card mechanics and dungeon crawl is something I never knew I needed, but Gloomhaven delivers with a serious level of intensity. We have yet to lose a scenario, but almost every single session has been a close call. The character development and story have not been particularly engaging for me, but the mechanics of this game overshadow everything else about it. There’s just no comparison: Gloomhaven is an absolute masterpiece of design. 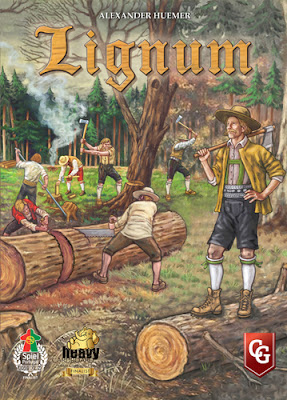 Whoops, how did this get in here? I happened upon an episode of the Heavy Cardboard podcast that put this Euro in a very favorable light. In addition, I’ve spent a good portion of my life making furniture, so the lumber milling theme was an easy sell. Lignum is a perfect example of my favorite sort of low-luck game - it’s unforgiving but not overly so, resources are tight, good planning is critical, and it uses a variety of clever mechanics that mesh well together. My favorite part of Lignum is the mind game that ensues when choosing which grove to cut. Last time I played it, the metagame shifted constantly as we all jockeyed for position each season. The resource path is brilliant, and the slow burn of transporting and milling lumber fits perfectly with the theme. Not recommended for players prone to AP, but absolutely recommended for players who want every decision to be critical. If this game had a solo mode, I would play it weekly. Indefinitely.

2 - Too Many Bones (Chip Theory Games) 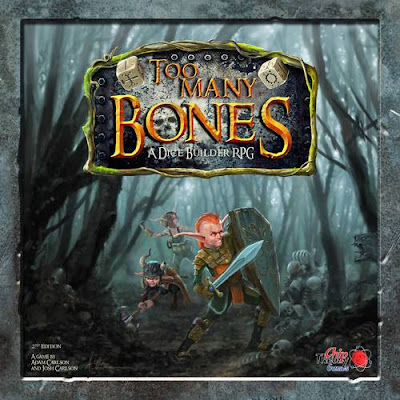 I like rolling dice just as much as I like pushing cubes, and Too Many Bones leaves no question as to what it’s about. TMB is a perfect one-session distillation of everything I love about the dice-rolling side of RPGs. The sheer variety of character build strategies, tailored to the nature of the diverse villains, with CTG’s standard of component quality, PLUS a perfect solo footprint...there is nothing quite like it. Keep it on Greenhorn difficulty, take some time to read through your character sheet (which are much-improved for version 2), then start rolling dice. This game takes slightly more time to get the rules nailed down than Hoplo, but is unbelievably rewarding of those efforts. I averaged two plays per week of this one after I picked it up, and it’s unlikely to get a layer of dust anytime soon. There’s a reason why this game put Chip Theory on the map. 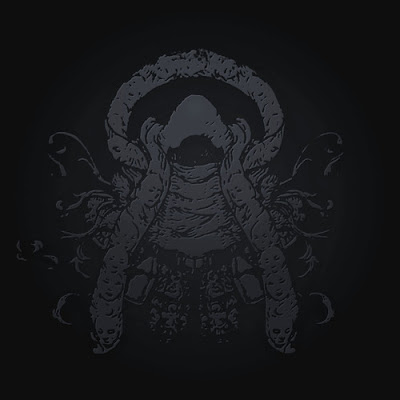 I found out that KD:M existed when a buddy of mine told me his cousin was working a booth at GenCon 2015 and that we should try to grab a beer together. While the con is always far too hectic for us to catch up outside the convention center, I’ll never forget the experience of walking into the Kingdom Death booth that year. Every single display case packed with creepy miniatures had me wondering what the hell this was all about. After backing the v1.5 Kickstarter campaign, I spent the latter part of 2017 finding out.

In the 2.5 months I’ve had the giant black box in my possession, I’ve played 29 lantern years’ worth of it, and I can confidently say that there is nothing else like it. While the theme isn’t for everyone, there’s nothing I love more than a game that tells a story, and somehow KD:M manages to build a vivid nightmare world around you without actually spelling it out. As each campaign progresses, tiny parts of the Monster world are revealed, not in paragraphs of box text, but snippets of descriptions and story events, leaving the players to explore the darkness alongside the survivors they control.

This game offers the best of both my favorite worlds - luck swings like a cold, dark hammer, crushing the life out of your precious survivors, while the warm light of the settlement offers an incredible depth of strategy, allowing the players to mitigate the swings of the dice and scratch out an existence in this terrible world.

Kingdom Death: Monster is not without its flaws, but nothing else comes close to capturing what it accomplishes on all fronts: storytelling, tactical combat, and deep, long-term strategy. It’ll take some doing to unseat this as my #1.

There it is - my top 10 for 2017. If you’ve made it this far, it’s probably worth checking out my list of honorable mentions. These are games that would be potential contenders, but didn’t receive enough play time for me to nail down a solid opinion.

Honorable Mentions:
Dinosaur Island - 2 plays and wanting more. Fantastic theme.
The Ruhr - 2 plays - I think I’ll eventually love this as much as Lignum.
Clank in Space - 5 plays - now that it’s been added to the Renegade app, I’ll be playing this one a lot. It gets better every time.
Sagrada - 7 plays - it’s light and fun - not sure that it’s a top contender, but it’s a great filler so far.

Next year’s list may be longer--we’ll see. Here’s hoping for another good year!
Posted by Unknown at 3:25 PM