Okay, one post down and three to go!  This post is going to take a look at some games that didn’t quite make my top 10 list of anticipated Kickstarters that haven’t delivered yet but I felt they still warranted a mention.  These are going to be five games that are my “top” honorable mentions and then a few more listed that I won’t go into details about.  If you haven’t seen it yet, feel free to check out my first post in the series that takes a look at my top 5 anticipated Kickstarter expansions.

Alright, now that the preliminary foot work is out of the way let’s go ahead and check out some Kickstarter projects that made it onto my honorable mentions list.

The first honorable mention that makes it onto my list is Crisis at Steamfall.  This game is designed by Tom Stasiak and will be published by Beautiful Disaster Games.  This game is an action-point-allowance system with some storytelling and variable setup that is set in a steampunk/fantasy setting.  The players will follow the character’s scenario and will compete with others to complete scenarios and balance your long-term goals.  It will also include different modes of play such as competitive, co-operative and team play.  This game appears to be fairly ambitious and I love when these designers try new things.  I hope that this game lives up to the early looks.  The Kickstarter isn’t live yet but I hope they will be able to deliver by Essen Spiel 2018. 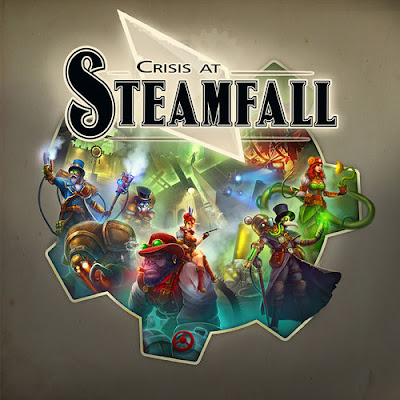 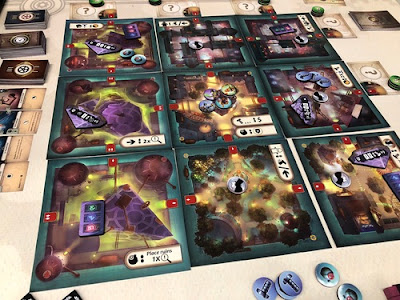 The next game to hit the list is Empyreal: Spells & Steam.  This game is designed by Trey Chambers and will be published by Level 99 Games.  This is a route building, resource management, train game that puts the more economic style of the train genre into the fantastical world of Indines found in many of Level 99’s previous releases.  The game has the players using their technomancers to build rail networks using mana they’ve obtained.  Mana is limited and must be recharged therefore making the player choose between the hard decision of building and having to recharge the mana or waiting until a more opportune moment.  I love the idea that this game appears to be creating an 18xx style economic simulation but pasting a much more interesting, steampunk-styled theme in the place of the more traditional Americana theme.  This is another Kickstarter that hasn’t yet started but should be going live sometime early next year and I’ll be watching it very closely when it does. 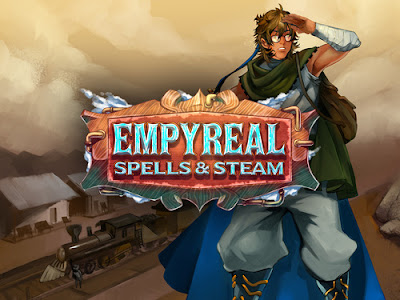 The third game to make it onto my list is Campaign Trail.  This game is designed by David and Nathan Cornelius and will be published by Cosmic Wombat Games.  This is a hand management, area influence and political game about campaigning to be the United States’ next president.  The players will take on the role of a political candidate as they are vying for their day in office.  The players will use hand management as they compete in grassroots campaigning, fundraising, mud-slinging and debating in an effort to thoroughly defeat their opponent.  The game has some engine building as you are trying to gain the money to campaign and gain voters.  I am not a fan of politics but for some reason I’m really drawn to this game.  Sadly this campaign is one that is quite a bit late as they had originally hoped for a shipping date of around November 2016.  As of the last update it looked as if they are about ready to go to production so hopefully this one will get to backers around the summer of 2018. 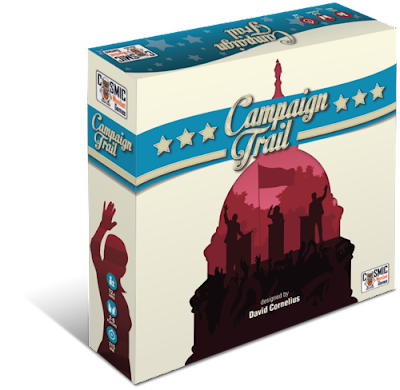 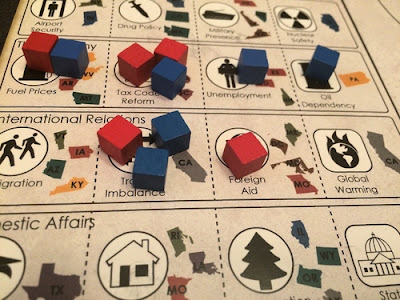 The next game on my honorable mentions list is Dice Hospital.  This game is designed by Stan Kordonskiy and Mike Nudd and will be published by Alley Cat Games.  This is a dice drafting, tile laying and worker placement game that takes place in an expanding hospital setting.  The players will take on the role of a hospital administrator who is growing their particular hospital in order to treat and save as many patients as possible.  The players will draft dice (who are the patients), drafting tiles which are rooms for their hospital and/or drafting cards which will be different staff who have powers the players can use.  The players will score points as they complete treatment and get the patients back out and feeling better with the most reputation points at the end being the winner!  This theme is right up my alley as I’ve been in the medical field for over a decade and there aren’t a ton of those games out there.  The game is slated for an August 2018 release date and so far they seem to be doing well with their timing. 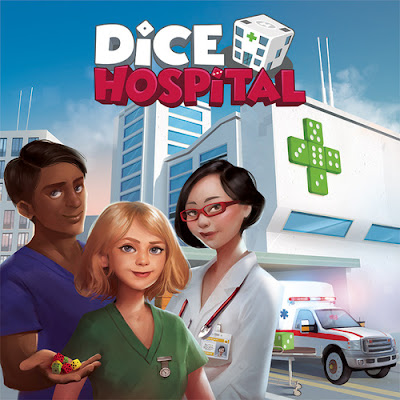 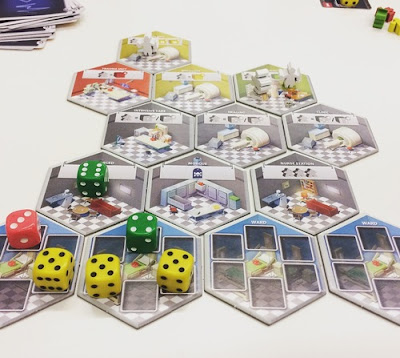 The final game (and the closest to the top 10 list) to make the list is Galactic Warlords: Battle for Dominion.  This game is designed by Babis Giannios and will be published by Archona Games.  This is a card-drafting and area-control game that takes place in a far off galaxy.  The players will take on the role of a warlord who is trying to gain control of the void filled by the fall of the previous power.  The players will use drafted cards to take control of mercenaries that will give them powers to use in order to tactically place troops across the map.  This game took two times on Kickstarter to fund but had a pretty good run and funded this past time.  They are looking to ship the game around August 2018 and hopefully they’ll be able to make the date as I’m really looking forward to how the game turns out! 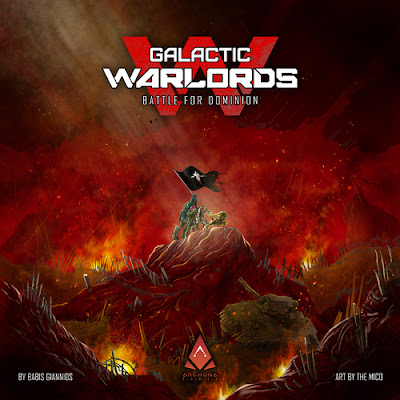 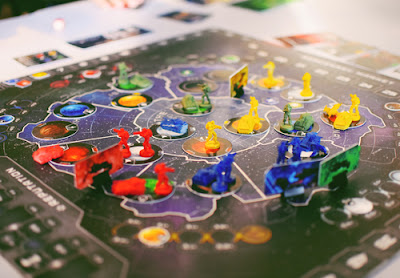 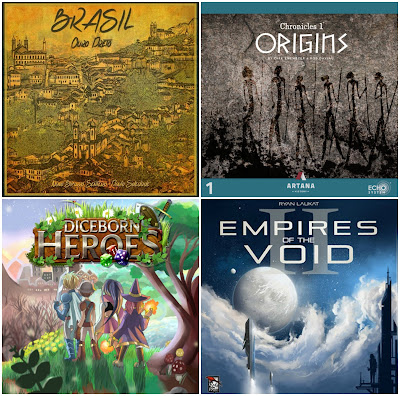 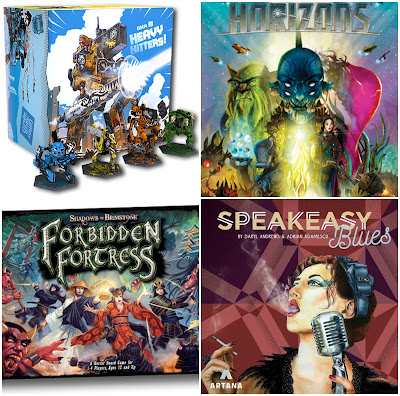 Well there you have it!  These are just some of the honorable mentions that I have seen that interest me on Kickstarter.  I still have a list of my top 10 Kickstarter projects that I’m interested in!  Check back soon and I’ll have up games 6-10 on my list and the following post will take a look at the top 5.  Thanks so much for taking the time to read and I hope you enjoyed.  Until next time, game on!