Alright, we’re back with my “End of 2017” series and this post is one of my favorites of the year.  This will take a look at some different categories that I choose every year and give my winners in those categories. 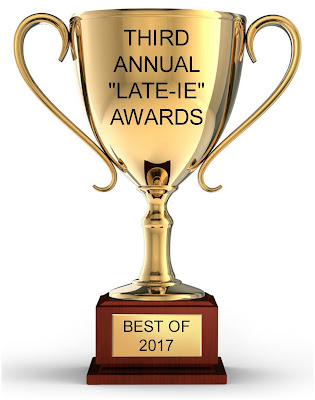 This isn’t the “usual” categories (i.e. “best game of the year”) because I haven’t even come close to playing all of the 2017 releases out there but there are a ton of categories that I can still weigh in on!  Before we move on to the 2017 “Late-ies” Awards feel free to check out the first post in my current series at the link below.

Alright, now with that out of the way we can go ahead and move on to the awards.  Thanks for taking the time to read and I hope you enjoy the third annual “Late-ies” Awards! 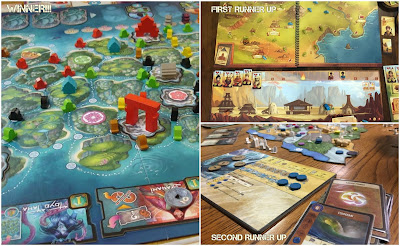 This category was a tough one this year.  I looked at all of the games and ended up landing on Yamataï.  This game has some absolutely amazing art that is all throughout the game.  The game’s art is done by Jérémie Fleury and looks absolutely incredible on the board and tiles.  I love what he did with the direction of the art and thus it takes home the trophy in overall art. 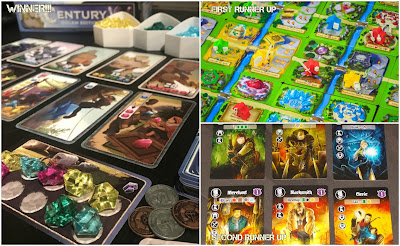 This was another really tough category!  The last few years haven’t been nearly as difficult with some of these are categories but so many games are going with amazing artists!  I ended up choosing the art done on the cards in this game because they are so very vibrant and beautiful and just ooze the theme throughout them. 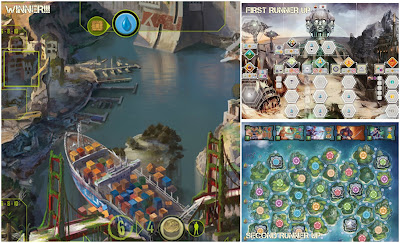 This wasn’t quite as difficult of a category as I saw this board an immediately thought it looked amazing!  The art just pops off the board and looks like a city that has going through difficult times.  I love it when a board just looks incredible and this one takes the award for board art this year! 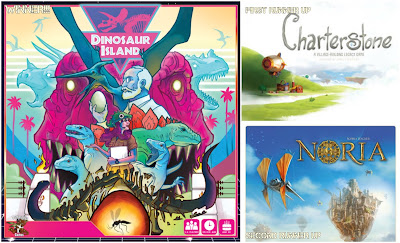 This was another category that was a homerun in my mind!  I think Kwanchai Moriya is an incredible artist and I love what he did with this game.  Everything from the box art to the cards to the board art oozes a retro-90’s theme and I love what he’s done. 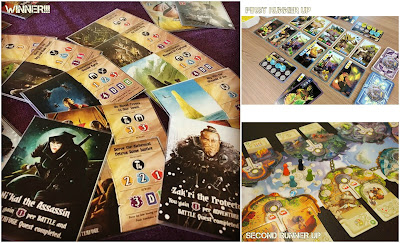 This category is always a tough one for me to choose.  Do I pick the overall presentation or some specific icons that work really well?  This year I gave the award to Quests of Valeria which I think pulled off the whole package.  The game looks amazing with the art and matches up very well with some nice iconography. 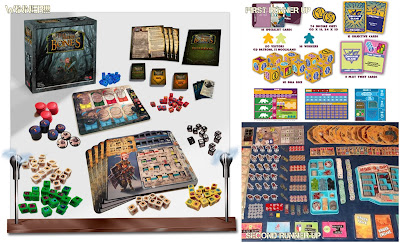 Incredibly heat transferred dice, 11.5 gram poker chips with some awesome stickers, pvc cards and neoprene mats…all in a great insert.  Yeah, this category was taken ever since I opened up this box and saw the contents.  It just makes me super glad that I’ll be getting even more content this year! 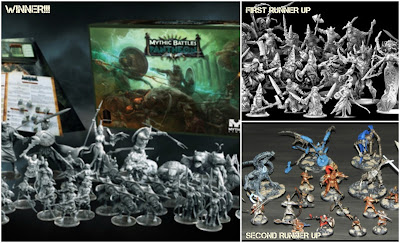 Every year it seems that there are even more amazing miniatures being made in the industry and this year isn’t a different.  I think the overall quality and detail of the miniatures from Mythic Battles: Pantheon are absolutely amazing and because of this get the “Late-ie” award for best miniatures in 2017. 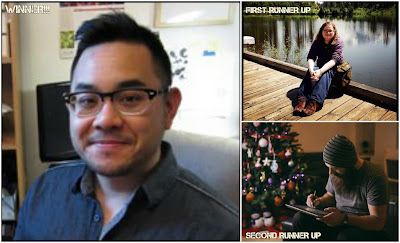 This year’s best artist was a no brainer for me.  Kwanchai Moriya has done so many amazing pieces for different boardgames and this year was his best in my opinion.  I especially loved the artwork done for Dinosaur Island and how bright and colorful it was and how much it screamed of the 1990’s.  I can’t wait to see what he has in store for next year. 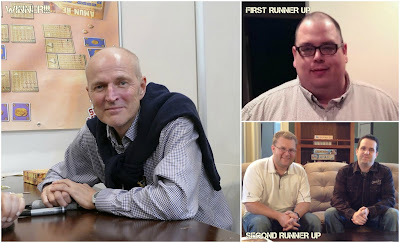 Now this was a tough category.  I absolutely loved the games that these designers put out this year and it was tough for me to give one of the top billing.  In the end I went with Kiesling due to the fact that he just had a ridiculous amount of games come out that were loved and highly respected.  Any one of these designers could have gotten the award in my opinion, but in the end it went to Kiesling! 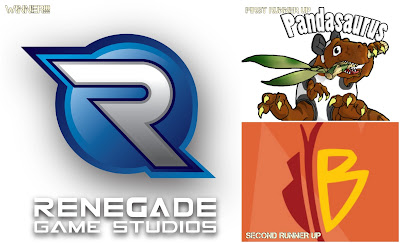 This was another tough category as I had a really hard time choosing between the top 2.  I decided to give the award to Renegade Game Studios because they had so many different releases and really didn’t have much of a misstep in those releases.  I can’t wait to see what games they have in store for us next year as I think it will be even better! 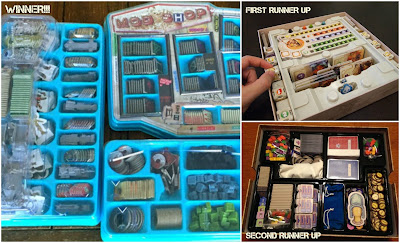 This was a slam dunk.  I got Wasteland Express Delivery Service and opened up the box and knew that it would win my best box insert award for the year.  This is so cleverly packaged and Game Trayz has done another amazing job with their custom, vacuum molded inserts. 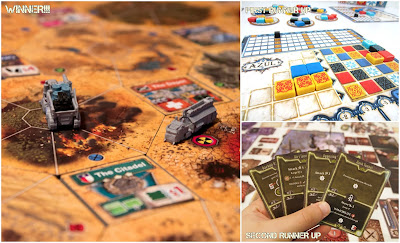 This year’s winner for the best game mechanism is one that I’m not generally a huge fan of.  After looking at all of the different games and what categories they go in I had to give it to pick-up-and-deliver!  So many good games were made this past year with the pick-up-and-deliver mechanism and I’m happy to say that it gets the nod! 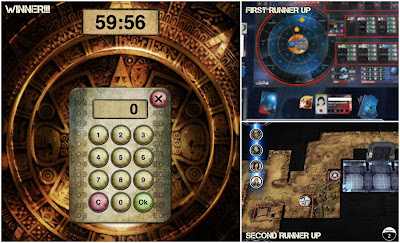 This was a tough category for me.  I love what the app does in a game like First Martians.  I also love what the app adds to Imperial Assault.  However, in the end I went with the Unlock! series of games.  This app creates such an interesting experience and really runs the “escape room” game in a way that makes it incredibly interesting and actually replayable which is also cool. 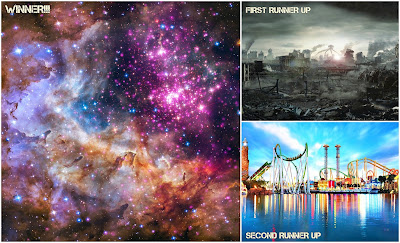 There were some great themes out there this year.  I loved what some games were doing with the theme park idea.  We had bear parks, dinosaur parks and coaster parks.  I also love how many games came out with the post-apocalyptic theme.  However, in the end I went with the space theme.  The games that came out with this theme this year were absolutely amazing and thus it gets the win! 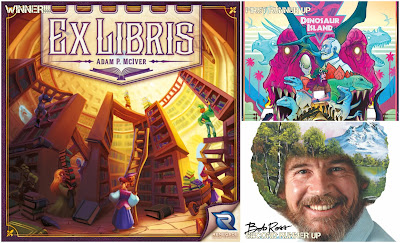 This category was nearly an automatic win.  When I saw the game Ex Libris come out with the super-cool fantasy library theme I was automatically taken!  While Dinosaur Island nearly took the top in the end I chose the fantasy library over the dinosaur park. 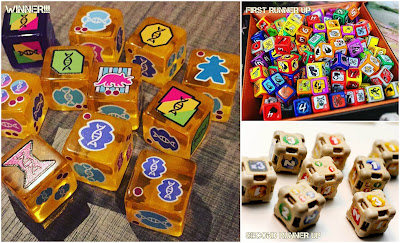 This was really a two way race for the win between my beloved Too Many Bones and Dinosaur Island.  The dice in Too Many Bones are absolutely incredible and the heat transfer on them is great as they’ve not even started to show wear.  However, while I absolutely adore the dice in Too Many Bones, the dice in Dinosaur Island look incredible and are amazingly thematic!  Gilmour stated during an update in the campaign that they wanted the dice to look like amber that a fossil would have been in and they succeeded!  Rumor has it that they are planning on releasing a Kickstarter expansion sometime this year and I’m pumped for that! 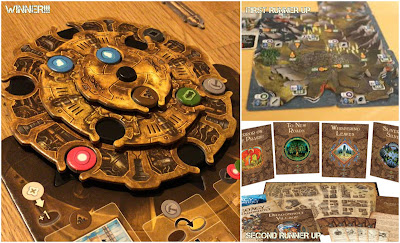 The best innovation category is always a tough one for me.  I’ll go through the list of 2017 games and try to find those games that truly have something different and that can be tough.  This year these are the three games I landed on having something different in them that I think could last.  The winner however was Noria for the wheels that hold the different actions the player can take during the game.  These constantly shift which change what actions can be taken in what order and make the game look very interesting as well. 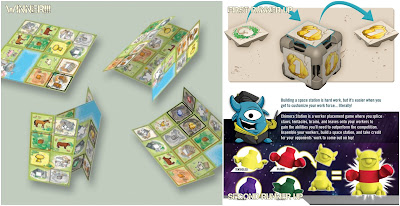 This year’s “gimmick” category was interesting.  I use the gimmick category as one where there is some sort of interesting component or mechanism that isn’t used often (or at all that I know of) but it is something I don’t really think will be followed by other games.  This year’s “gimmicks” that I thought were cool are the changeable workers in Chimera Station, the changeable dice in Dice Forge and the folding player boards in Keyper.  I ended up on the folding player boards on Keyper because I think they are so cool and really work with the game but I doubt they’ll take off as a common component.

Well everyone, there you have it!  These are all of the “Late-ie” award winners for the year of 2017.  This is always a labor of love going through all of these games and giving out the awards but I love doing it!  I can’t wait to see what 2018 has in store and which games will take home the awards next year.  If you can think of any other categories I should include just let me know!  Keep an eye out for my next post in the “End of 2017” series which will take a look at games from 2017 that I haven’t yet been able to try but am really interested in!  Thanks so much for reading and I hope you enjoyed it!  Until next time, game on!

Email ThisBlogThis!Share to TwitterShare to FacebookShare to Pinterest
Labels: boardgames, End of 2017