Now we’re really starting to truck along!  This post will take a look at games 6-10 on my top 30 list.  These games are ones that I would always play (time allowing of course) if I was asked and would suggest them at any time to play!  I love these games and have a feeling most will stay on my favorite’s list for some time.  Before we move on to the list feel free to check out the previous two posts in the series.

Now that you’re all caught up we can move on with the post.  These are games 6-10 on my top 30 favorite games list.  Enjoy!

#10 – Sentinels of the Multiverse (Greater Than Games/Sentinel Comics) 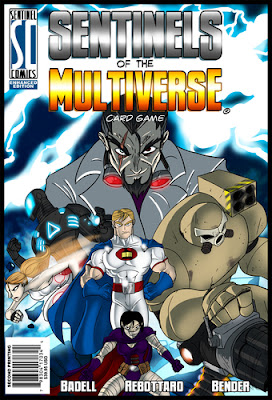 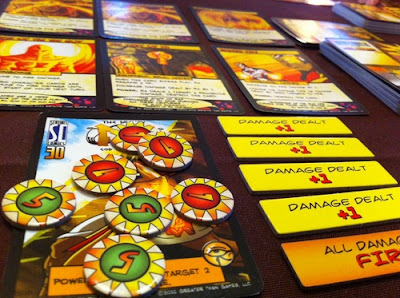 Sentinels of the Multiverse is a hand-management, co-operative card game that is designed by Christopher Badell, Paul Bender and Adam Rebottaro and published by the Greater Than Games imprint, Sentinel Comics.  This is an amazing co-operative card game where each player takes on the role of a superhero.  Each of the superhero decks is completely stand-alone and feels amazingly thematic as they play totally differently depending on who you’re using.  This is a game that I can’t really get enough of and love that I can play it with other people or just solo play it when I’m in the mood to try out different teams.  On top of being just a fun game, this one also has a ton of expansions and even has a new one coming out sometime in 2018.  This keeps the game almost infinitely playable as you have not only a ton of heroes to choose from but also villains to fight and environments to fight in.  This is an amazing game that I’d recommend to anyone who wants a highly thematic and highly replayable superhero game. 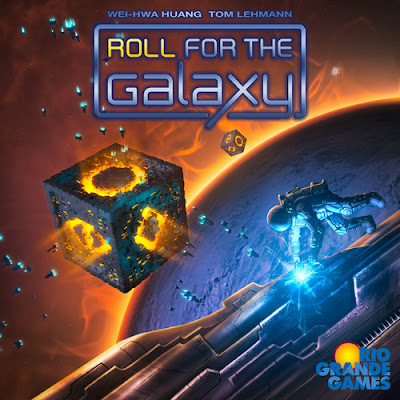 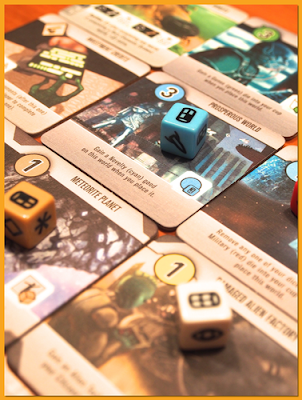 Roll for the Galaxy is a dice-rolling, tableau-building, engine builder that is designed by Thomas Lehmann and Wei-Hwa Huang and released by Rio Grande Games.  This game is an absolutely amazing dice-rolling and mitigation game where you get to roll a bunch of dice and use them on different planet and technology tiles.  When the players get these tiles they go into their empire and give them different benefits depending on what they got.  The planets generally give the players more dice to be able to roll and use while the technologies give them different powers to use during different actions.  Speaking of actions, this game has the brilliant action selection where the players will choose an action that they want to use in the round and if the other players choose it as well then they can “piggy-back” on the action and use it as well.  We absolutely adore this game and I wouldn’t be surprised if we see it on Em’s list as well.  I’d highly recommend this to anyone who likes dice-rolling/mitigation and tableau-building. 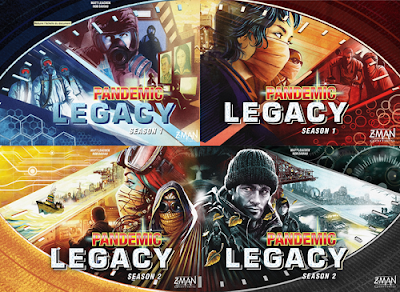 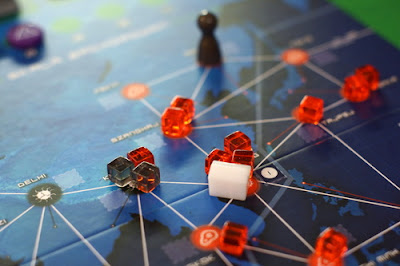 Pandemic Legacy: Season 1 and Season 2 are hand-management, set-collection and co-operative games designed by Matt Leacock and Rob Daviau and released by Z-Man Games.  These games are Legacy-style games where the board and rulebook and characters constantly change depending on what happens during the previous rounds.  There are stickers that are placed on boards and cards and writing that happens on different components along with cards that are ripped up and never seen again.  These elements create a game that constantly changes and makes the decisions that the players make during the game even more important because the game will be forever different.  Besides the Legacy mechanisms, the game is based on the fantastic co-op Pandemic which is one of the best gateway-style games out there.  I’ve included the whole series because I actually want them put together as they really weave an interesting and compelling story together.  This will forever be one of my greatest gaming experiences. 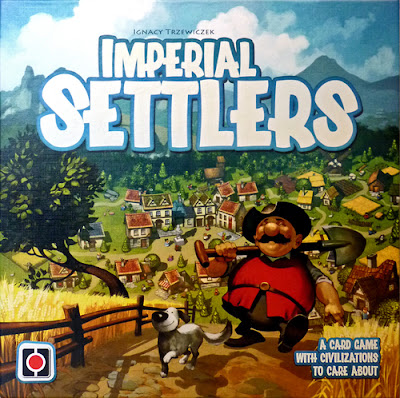 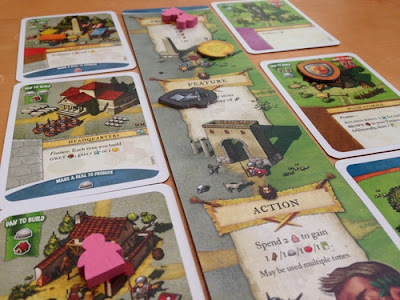 Imperial Settlers is a card-drafting, tableau and engine building game designed by Ignacy Trzewiczek and released by Portal Games.  This game gives players controls of a specific empire which they will then attempt to build up and gain the most points possible.  This game uses one of my very favorite game mechanisms, the multi-use card.  The players will have hands of cards that include common buildings that can be used by any empire and faction-specific buildings that can only be used by that specific empire.  The players will then choose to either build the cards into their empire or “raze” it to gain some resources which they will be able to use at a different time.  The buildings that they place into their empires will give them different powers, productions and actions that they can use to further their faction and gain points.  Along with the gameplay, the factions that are included play completely differently from each other.  This gives the game a ton of variability and makes it more interesting to play.  My wife and I love this game and it will probably stay in my top 10 for some time.  I would highly recommend this game to anyone who likes really clever card play and hand-management with a smidge of civilization and engine building. 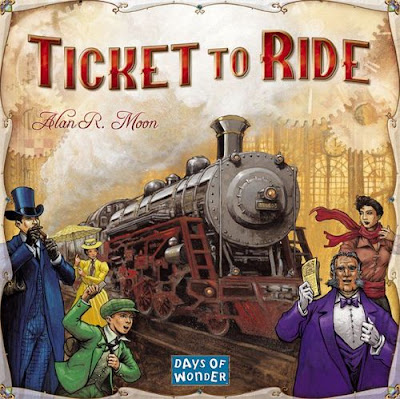 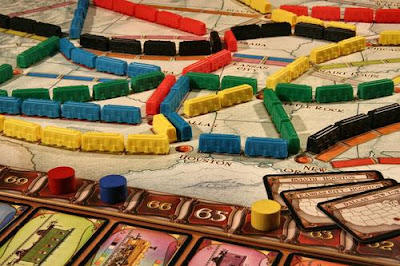 Ticket to Ride is a route-building, set-collection train game designed by Alan R. Moon and released by Days of Wonder.  This game has players taking a color of trains and attempting to connect routes across the different country maps that are available.  In my opinion this is the ultimate gateway game.  This game is so perfectly accessible for players of all age and also players of all skill levels.  I love how I can get “serious” and “heavy” gamers to the table along with casual gamers and everyone has a ton of fun with this game.  While my wife and I really enjoy some great heavy games, this is one of our most played because we just have fun with it.  Along with the fun of the base game, they’ve included a ton of map expansions while adds to the variability and replayability of this already wonderful game.  Em and I will always love this game and we’ll grab any map expansions that come out.  I would literally recommend this game to absolutely anyone as I think it is that good.


Well, there you have it.  These are games 6-10 on my top 30 “of all time” favorite games.  Next up will be my top 5 favorite games so come on back in the next day or so to see what they are.  Also, my wife, Em, should be getting her top 10 up sometime shortly after as well as my buddy Josh and possibly also my cousin Jon.  Thanks so much for reading and I hope you enjoyed!  Until next time, game on!