Oh wow what a crazy couple of weeks.  I’m sorry that this post (and the subsequent ones in my Essen Spiel series) took so long but we’ve been crazy busy.  We just bought a new house and have spent the last couple of weeks moving along with having no internet at it due to Comcast issues!  Even though I’m later on this post than I wanted to be, I still wanted to get it posted.  Alright, with that out of the way, let’s move on to my top 10 anticipated games (that I haven’t played yet) that are coming out at this year’s Essen Spiel.  This post will focus on the bottom half of the list which will be games 6-10.  Before we move on to those games feel free to check out the previous three posts in my Essen Spiel 2017 series.

Okay, now that that’s done we can move on to the main post.  This will be games 6-10 of my highest anticipated games.  I am looking forward to getting at least a few of these games as the year moves further along. 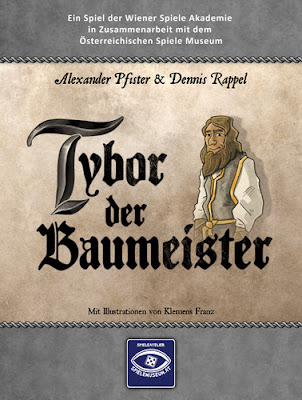 Tybor der Baumeister is a multi-use card game designed by Alexander Pfister and Dennis Rappel and published by Ŏsterreichisches Spiele Museum (and probably eventually Lookout Games).  This game is set is the Longsdale world that has been previously seen in the game Oh My Goods! which is also by Pfister.  This game is another multi-use card game where each of the cards can be played as a different person (a worker, a builder or a citizen) which gives them different actions.  There isn’t a whole ton of information about the game yet so I don’t know a ton about it but on the reputation of the designer alone it hits my top 10!  I can’t wait to see how this game is as Pfister is one of my very favorite designers! 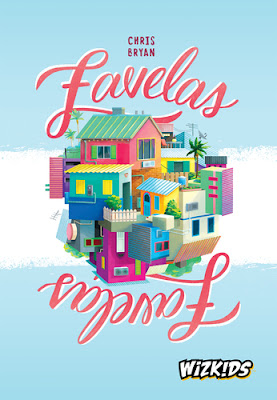 Favelas is a tile-placement and area-control game designed by Chris Bryan and published by WizKids.  This game has players going about the beautification of Rio de Janeiro by using different tiles which they will place on other tiles building up the neighborhoods in order to score points.  The interesting part of the game is in a mechanism where the council will approve funding for certain colors which will either value or de-value them.  The fun of the game appears to be in this fluctuation which makes the colors and majorities more interesting that straight set-collection.  I am looking forward to this tile-laying game and hope it is as good and it appears. 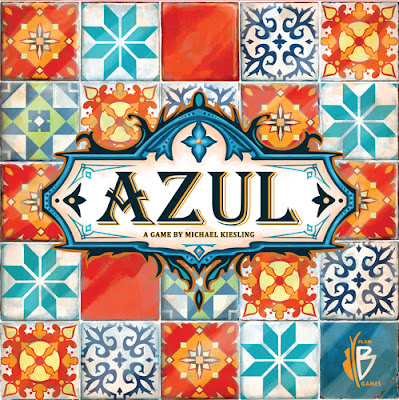 Azul is a tile-laying, abstract strategy and pattern building game designed by Michael Kiesling and published by Plan B Games.  This game has players taking on the role of tile-laying artists who are tasked to create lavish walls in the palace of the Portuguese king, Manuel I.  The story goes that Manuel I was on a visit to the Alhambra palace in southern Spain where he saw the ceramic tiling (azulejos) designed by the Moors.  He then ordered that his own palace be decorated with the beautiful tiles.  In the game the players will be drafting different colored tiles and placing them on a board in a pattern-building/set-collection style in order to score the most points.  This game is absolutely beautiful and looks to be another winner from the young, upstart publisher, Plan B Games. 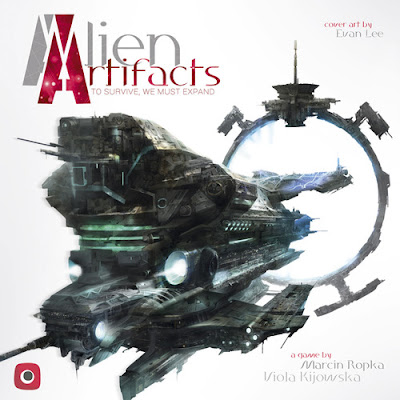 Alien Artifacts is a card-drafting, hand-management and multi-use card game designed by Marcin Senior Ropka and Viola Kijowska and published by Portal Games.  This game puts players in charge of an interplanetary faction whose goal it is to expand across the universe gaining new technology and discovering new artifacts.  This game is a card-drafting game that uses a resource engine where each player has three resource cards in hand and will have to determine how they use them.  This game also has one of my very favorite mechanisms where each card could be used in different ways and thus gives the player multiple decisions to make.  Em and I have a small card game by the designers called Taste of Poland and we really enjoy that one.  The cards also have two sides to them; one side has abilities and will build the player’s game engine while the other side has ways of scoring victory points.  I’ve heard good things about this game and my only hesitation is whether the game is too similar to other multi-use card games like Imperial Settlers or 51st State: Master Set.  Regardless, I’ll probably get this game as it is a good price and looks like a ton of fun! 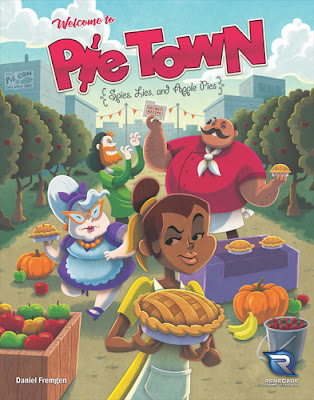 Pie Town is a dice-placement and deduction game designed by Daniel Fremgen and published by Renegade Game Studios.  This game has the players take on the role of a bakery owner in the town as they manage their operation while attempting to keep their secret recipe a secret.  This game uses dice/worker-placement while keeping an element of hidden information.  Since the dice will roll onto different faces the players have to manage the continuously changing workforce to harvest fruit, bake and then sell their pies.  The cool part that I think sounds great is where the players are also trying to deduce the other’s recipes in order to gain knowledge of their secret recipe.  Renegade Game Studios is doing an amazing job and this game looks to be another that I’ll be really interested in!

Alright, there are games 6-10 in my top 10 anticipated releases from Essen Spiel 2017.  I’ll have my top 5 posted fairly soon (now that our move is finally finished and we have internet again!) so feel free to check out what my most anticipated releases of this year’s Spiel were!  Thanks so much for reading and I hope you enjoyed!  Until next time, game on!