Now let’s move on to the third post in my Essen Spiel 2017 series.  In this post I will take a look at the games that just missed going onto my top anticipations of the convention.  I am going to take a look at my honorable mentions of the conventions.  These are all games that I haven’t tried yet but would really like to give a go at some point.  While they didn’t make my list they are still interesting enough to keep an eye on.  Before we move on feel free to check out my previous two posts to catch up on even more games that I’m anticipating from Essen Spiel.

Okay, now that we’ve caught up we can start trucking along with my top game anticipations of this year’s Spiel.  These are the games that just missed out of my top 10 list but I still think that they deserve a mention so here they are!  Enjoy your read!

The first game to make its way onto my honorable mentions list is Kitchen Rush.  This game is designed by Dávid Turczi and Vangelis Bagiartakis and published by Artipia Games.  It is a co-operative, worker-placement and real-time game where the players take on the role of a restaurant owner who inherited an old restaurant and must turn it into a successful business.  Players will work together against a timer in order to place orders, get food, cook the food and serve the customers in an efficient way.  The cool part of this game is where each of the workers is actually a sand timer which means that the players must wait until the timer is completely done before they can use them again.  This makes the game much more frantic and it looks like a ton of fun!  My wife and I have already helped to fund the Kickstarter and we should be receiving the game in the next month or two which is really exciting! 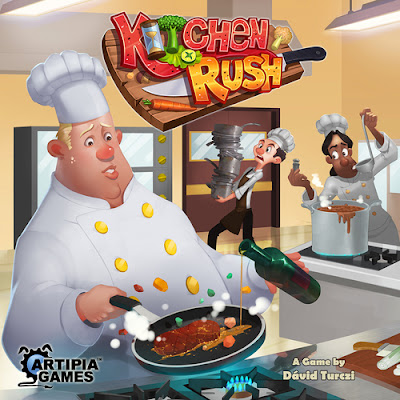 The next game to make it onto my honorable mentions list is Meeple Circus.  This game is designed by by Cédric Millet and published by Matagot.  It is a competitive dexterity game where each of the players takes on the role of circus performers attempting to put on the greatest show they can.  Players will draft cards which give them different meeples and other pieces which they will use to stack upon each other to score different patterns that are out on the table.  There are two rounds where the players do the stacking at the same time and then the third round they will put on their show while everyone else watches on with bated breath.  I think this looks like an amazingly fun game and would really like to add it to my collection when we just want a silly, fun time! 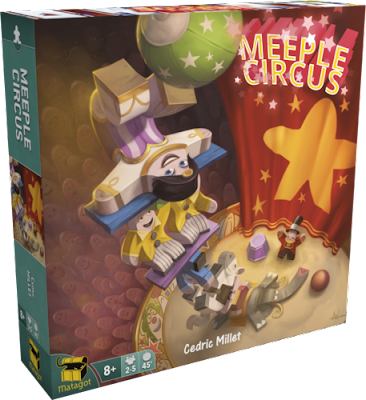 The third game to crack into my honorable mentions list is Merlin.  This game is designed by Stefan Feld and Michael Rieneck and published by Queen Games.  It is a dice-rolling game where each of the players will move their knights and Merlin around the board with the help of the dice they roll.  They will move their colored knights with the dice they roll but each player can use and move the Merlin pawn.  There is a ring with actions and this is the place where the players will move their pawn in order to use these spaces.  This is a pretty classic Feld game where there is a ton of points to get all over the board.  I think this looks like a super fun game and the theme really sets it over the top for me! 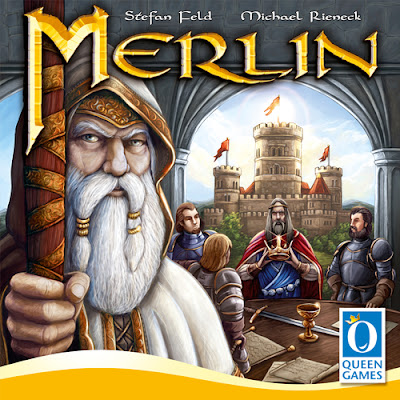 The next game to hit the list is Rescue Polar Bears: Data & Temperature.  This game is designed by Jog Kung and Huang Yi Ming and published by TWOPLUS Games.  It is a co-operative, action-point-allowance-system game where the players take control of a scientific organization that is working on gathering data about temperatures in the arctic to persuade their government to agree with the climate change and thusly change their ways with fuel consumption and energy policies.  While they are going about their mission the players also have to save the polar bears from sinking into the freezing waters.  I think this game looks like a great co-op game and has an awesome theme and components to really set it apart from others in the genre. 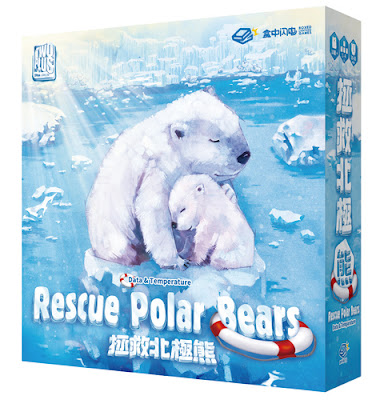 The final game (and thus the game that just missed the top 10 list) on my honorable mentions list is Indian Summer.  This game is designed by Uwe Rosenberg and published by Edition Spielwiese and Stronghold Games.  It is a tile-placement and pattern building game where the players will be laying down tiles on their boards that have little holes in them and cover up treasures.  The players want to completely cover up their boards and be the first to finish covering it with leaves.  This is actually the second game in Uwe’s puzzle series which started with Cottage Garden and continues with this game.  I think this just looks like another fun tile-laying game by Rosenberg and I’ll probably pick it up at some point in the near future. 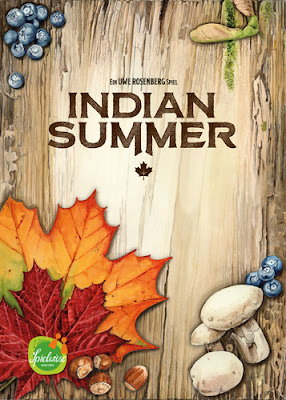 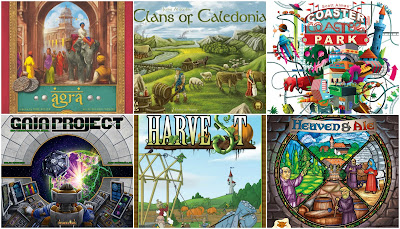 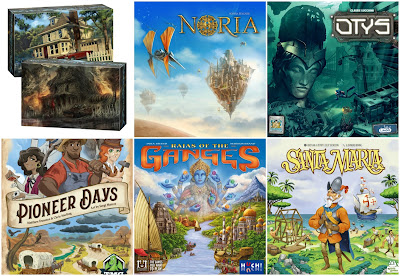 Well, there you have it, post number three of my Essen Spiel series in the books!  The next two posts are my favorite of the series as they will be my top 10 games that are coming out at this year’s Essen Spiel and there are many in there that will make it onto my shelf fairly quickly!  Keep an eye out as the next post should be live in the next day or two.  As always, thanks so much for taking the time to read and I hope you enjoyed it!  Until next time, game on!