Alright…more Essen Spiel posts!  It has been a crazy couple of months as my wife, child and I are moving to our first house.  That means that these posts are coming a little later than I prefer but I’m still gonna truck through them.  Okay, let’s move on to post number two.  This will focus on my top 5 reprints/re-implementations/new editions that are getting their release at this year’s Essen Spiel.  These games have either had a prior edition or been re-implemented from the original.  Before we move on feel free to check out the previous posts in this series.

Alright…now that we’ve finished with the preamble let’s go ahead and move on to the main portion of the post.  These are some fun looking games and I wouldn’t be too surprised if at least one or two of the games end up on our shelf at some point. 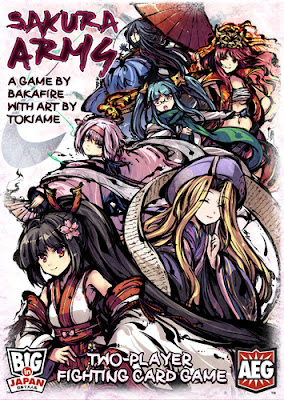 Sakura Arms is a dueling card-game that is designed by BakaFire and is being released at Essen Spiel 2017 by Alderac Entertainment Group.  This game is an English edition of the 2016 edition published by BakaFire Party.  This game has the players choose a megami (Japanese godess) and then choosing a small deck of cards before they go against each other.  The game then uses a token to represent different things depending on the area that it is in.  I’m looking forward to trying this one out as it looks like a quick and fun two-player card game. 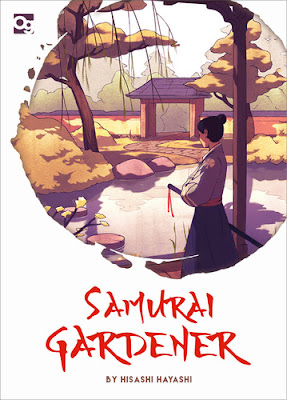 Samurai Gardener is an abstract strategy game that is designed by Hisashi Hayashi and is being released at Essen Spiel 2017 by Osprey Games.  This game is a new edition of the 2013 game Edo Yashiki which was published by OKAZU Brand.  This game finds the players doing tile placement in order to get rows of similar areas in order to score the most points possible.  Hayashi has made some great games and this makes me take a look at any game that he puts out. 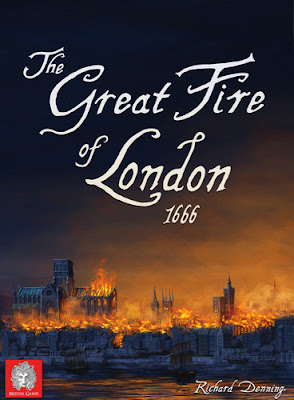 The Great Fire of London 1666 is an action point allowance system game that is designed by Richard Denning and is being released at Essen Spiel 2017 by Medusa Games.  This game is a third edition of the 2010 game which was also published by Medusa Games.  This game finds players taking on the roles of the wealthy and highly placed citizens in the city who rise up and train a militia in order to put out the fires that are raging through London.  The players will be able to choose whether they save only their own land or go on the save as much property as possible.  This looks like a really good area control and action point allowance game. 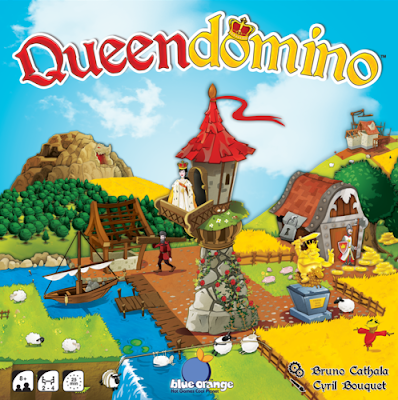 Queendomino is a tile-laying game that is designed by Bruno Cathala and is being released at this year’s Essen Spiel by Blue Orange Games.  This game is a re-implementation of Kingdomino, the 2016 game and 2017 Spiel des Jahres winner also by Cathala and released by Blue Orange Games.  This game took the tile-drafting and placement of the original and adds on some more mechanisms in order to make a more “gamer’s game”.  I thought that Kingdomino looked good but this re-implementation looks even better. 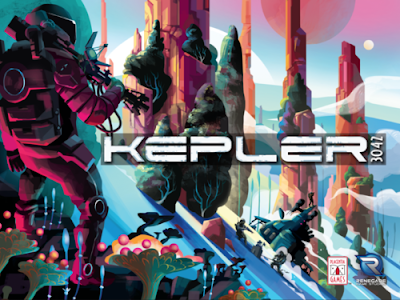 Kepler 3042 is a resource management game that is designed by Simone Cerruti Sola and is being released at this year’s Essen Spiel by Renegade Game Studios.  This game is a new English edition of the 2016 edition published by Placentia Games.  The game finds the players using resource management in the economic, space-exploration game as each opponent attempts to colonize the universe.  This game interested me when it came out last year and this edition, with Kwanchai Moriya’s artwork, looks to be an improvement on the original.

And there you go, another Essen Spiel post in the bag.  I have a feeling that I’ll end up getting at least one of the games on this list.  Next up on the docket is the honorable mentions of this year’s Essen Spiel.  These will be the games that just missed my top 10 list which will be the two successive posts.  Thanks so much for taking the time to read and I hope you enjoyed!  Until next time, game on!