Here we are at day three of Unboxing Week!  If you haven’t had a chance yet, please check out my previous posts on day one and day two.  Just click on the links that I will provide below and you can see the two games I have already done.

If you are just coming in to this series of posts, I’m doing a week of unboxings!  I’ve chosen to do this because I have a severe backlog of games that I have pictures of but haven’t taken the time to sit down and actually write up the unboxing posts.  Thus, I have created this self-imposed Unboxing Week.  I may actually make this a thing where I occasionally do this when I get a backlog of games.  Anyway, on to the game!

For day three I decided to do an unboxing of one of my favorite new games to come out this year (or very late last year depending on who you’re talking to) and that is Roll for the Galaxy.  Roll for the Galaxy is a dice game that is a re-implement of the original card game Race for the Galaxy.  It was designed by Thomas Lehmann and Wei-Hwa Huang and produced by Rio Grande Games.  This is a wonderful dice-rolling, engine-building game that plays two to five players and scales well at all player counts. 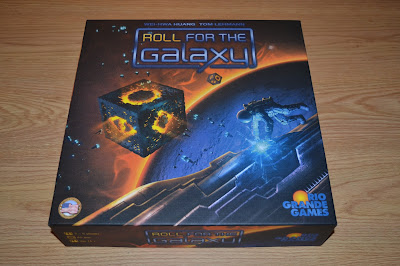 To begin, Roll for the Galaxy comes in a standard sized, medium, family-style box in the same vein as Ticket to Ride.  The box has a great picture on the cover that has an oversized sci-fi cube that is a representation of the dice that come in the box.  It is a great cover and is eye catching which is quite important to getting your game out to the public.  Sadly, when you open the box they have a pretty sad looking box insert.  However, I will say that I don’t necessarily think that this game would benefit that much from a box insert as some bags and the bag that comes with the game really seem to do a fine job of keeping the components separate. 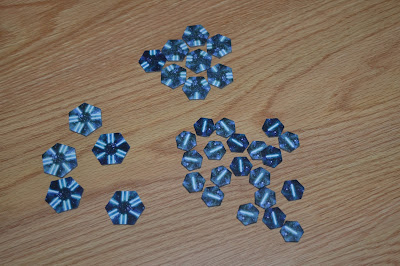 Next on the list of game components are the cardboard victory point chits.  They are thick cardboard and are exactly the same as the ones that are used in Race for the Galaxy.  I have heard differing opinions as to people’s feelings of these chits, but I like them.  Some people seem to think that they are confusing, and I can kind of see where they are coming from, but again, I like them.  All you have to do is count the hashes on the chits and that is the value of them.  I think they lend to the sci-fi theme of Roll for the Galaxy. 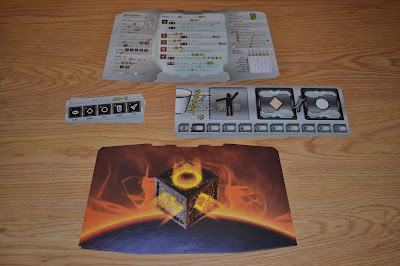 Moving on from the victory point chits we take a look at the player screens, the player mats, and the phase strips.  These components are all made of the same thick cardstock and are of a pretty decent quality.  I will admit that I think that the phase strips and the player mats were cardboard instead of cardstock, but I don’t think that it detracts from the game.  The phase strips is a simple strip of cardstock that gives the phases and is what the players puts behind their player screen as they are choosing their phases with their dice.  It has the iconography clearly on the strip and is easy to read.  The player mat is where the player keeps their used dice, unused tiles, and their meeple showing how much money they have.  Again, the icons on this mat are clear and easy to read with no odd discrepancies. 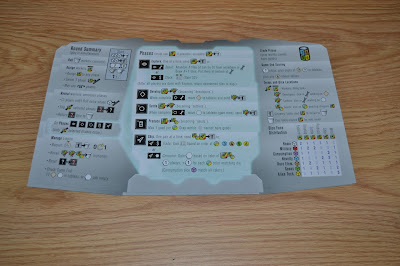 Lastly, the player screen is one of my favorite additions into the game.  This screen has everything printed on the back of the screen so you can just look at it and know the different phases, you different actions, and what they all mean!  All a player has to do is look at this and they can find all of the information that is needed during a game of Roll for the Galaxy. 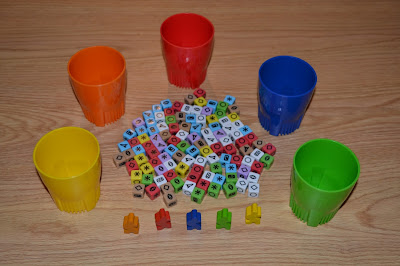 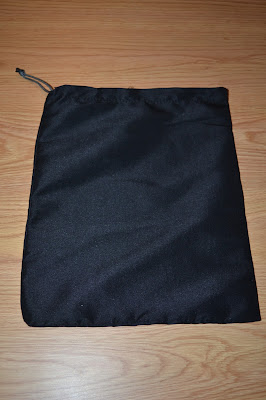 Now we’ll take a look at some of the “random” components in the box.  These would be the dice cups, the wooden meeples, and the black tile bag.  There are five of each of these in the game and they come in the five different players colors, red, blue, green, yellow, and orange.  The dice cups are made of hard plastic and have the different phase icons on the sides of the cup.  They are super-high quality and a great addition into the game!  The wooden meeples are pretty standard fare except for their pose.  They look like they are running which has a pretty cool look as they are keeping track of the money that you have.  Lastly the black bag that you place the game tiles in is large and of a very high quality.  It is easy to stick your hand in there and grab a tile with no problem. 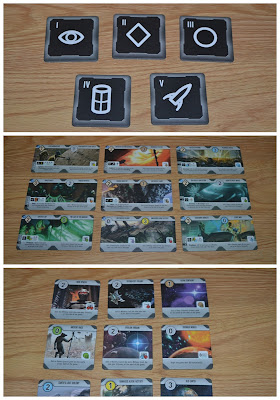 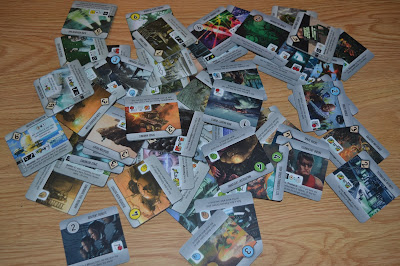 Finally, the last two components that are left are the main ones in the game.  These are the tiles and the dice.  Let’s start with the tiles.  The first tiles you get are five phase tiles.  These are double sided with one side showing that the phase is chosen and the other side showing that the phase wasn’t chose.  The game comes with nine faction tiles and nine home world tiles.  These are chosen at the beginning and give the player a place to start.  The faction tiles are twice the size of the normal tiles and have a technology for the player to start with while the home worlds are the same size as the rest of the tiles and give the player extra dice.  These eighteen tiles have gray corners so you can easily separate them from the rest of the tiles.  Lastly there are 55 other tiles that are double sided.  One side has a technology and the other side has a world on it.  The player can choose which side they want to go for when they draw the tile.  All of these tiles are very thick cardboard and would be able to take a lot of beatings before showing any wear. 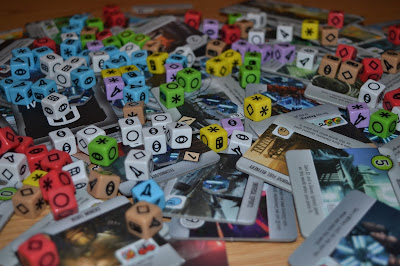 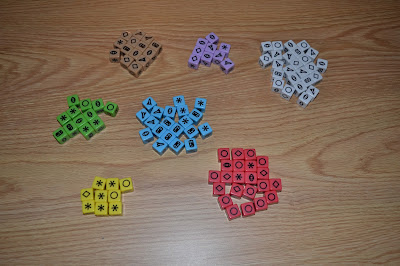 The final component we’ll look at is the dice.  There are a total of 111 custom dice that come with this game.  There are 25 white (home) dice, 22 red (military) dice, 20 cyan (novelty) dice, 14 brown (rare elements) dice, 12 green (genes) dice, 9 yellow (alien technology) dice, and 9 purple (lavender)dice.  These dice are smallish (which is actually good for this game!) and have different icon placements depending on what type of die they are.  The icons are clear and make sense once you know the game.  The only things I would have liked to see would have been engraved dice.  I am somewhat worried that they will fade in time but to be honest, we’ve played it a lot already and they aren’t showing any wear currently.

Alright, day three in the books!  We are almost halfway through unboxing week and I’ve still got some great games with great components left to post.  Come on back tomorrow and see what game gets to be right in the middle of the week!  Until next time, game on!