So I’ve decided to post about our last two game nights in one go.  Mostly this decision was made because we forgot to get pictures of our Family Game Night #5, oopsie!  Oh well, I’ll just post a bunch of picture from Family Game Night #6 to make up for it!

For Family Game Night #5 we invited our buddies Dave, Leigh, and Lydia to come over for appetizers and games.  Unfortunately Leigh had to bow out but Dave and Lydia were able to come over.  Because of some rough days, we decided to play 7 Wonders which is a game we all know.  We ended up also playing eight hands of Poop: The Game closing out the evening.  This is a super-simple game where you are playing cards and trying to get rid of everything in your hand.  You want to play numbers to keep it under a certain number so you don’t clog the toilet.  Also, just to add to the silliness, you have to make random noises (such as fart sounds) when you play wild cards.  It is a silly game that is a great way to end a night. 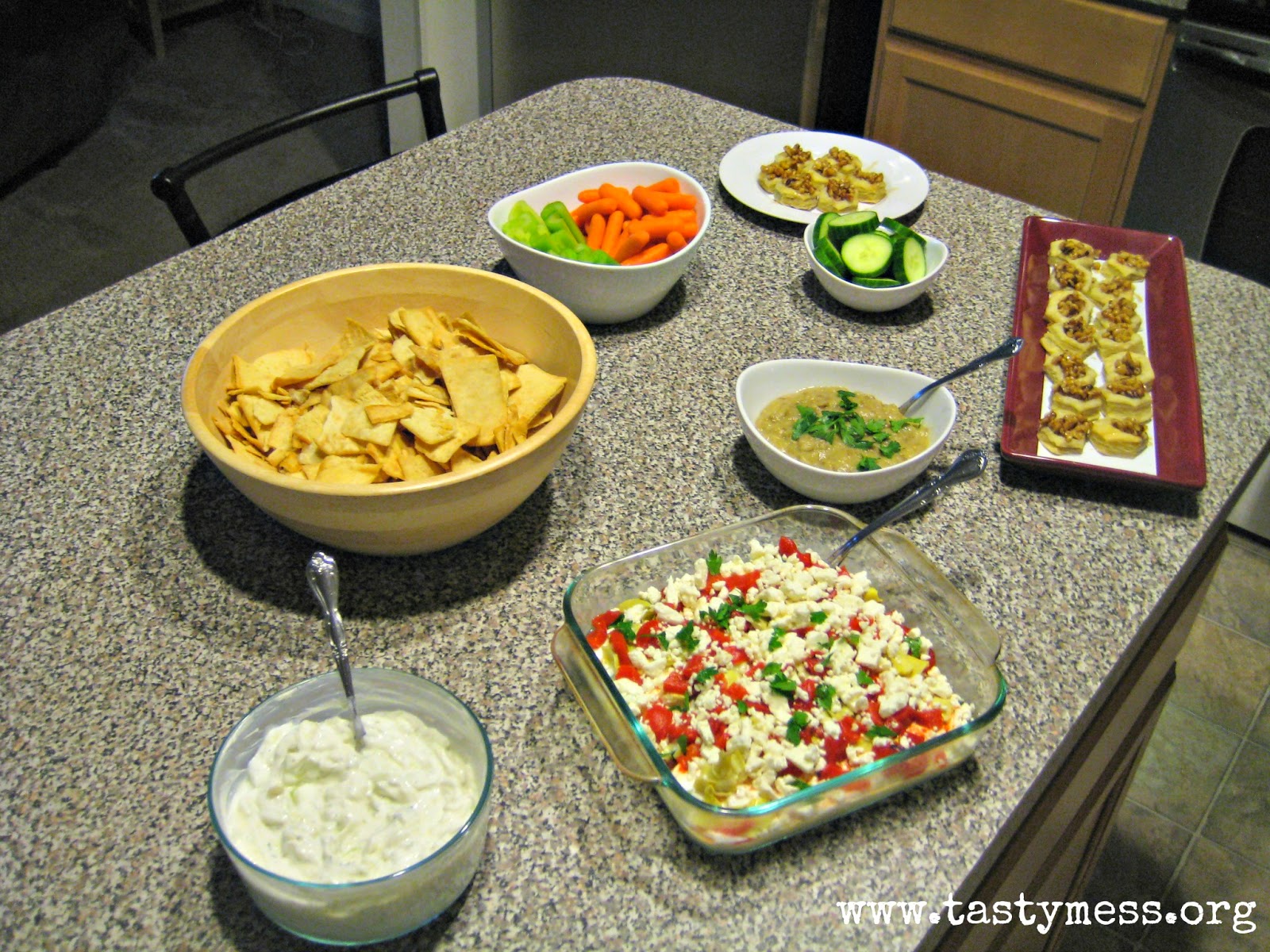 Em chose to use this night as a Mediterranean-themed night.  She started off the thought process by finding a recipe for a Mediterranean 7-layer dip.  This recipe gave her the idea for the theme and she ran with it!  Another of the recipes she made was an original for a Tzatziki dip.  Then she found another recipe for a pretty classic Baba Ghanoush.  Lastly, for dessert, she made some mini Baklava cups.  As usual, everything went over well and we polished the food off pretty quickly.  You can find the original post at Em’s blog, http://www.tastymess.org/2014/09/in-love-with-dip-mediterranean-style.html.

Family Game Night #6 went in a slightly different direction than the past few.  We invited over a different group of people and ended up breaking out a game we hadn’t played in a while.  Em and I were joined at this game night by Sean, Jenn, and John.  All three of these friends are gamers.  Because of this, we chose to break out Munchkin.  This is a game that can best be described as a hand management game that is more party game than “serious” game.  We’ve always said, if you can’t just have fun playing Munchkin without being too serious about winning, don’t bother playing!  That being said, we had an absolute blast!

I jumped out to a large lead in the first few turns but was unable to hold it as I had terrible cards in front of me!  Soon everyone had come back and we ended up completely tied at nine points.  Sean, due to some silly good cards, was able to eke out the win at the end of the game!  It was a great night and Em had a blast on the day before her birthday!  As a side note, Jenn and John got her a Doctor Who Yahtzee game as a birthday present!  Overall another great night!  Until next time, game on!