Tomorrow marks the start of the first day of Essen Spiel 2014. This year’s largest European gaming convention will be a huge spectacle with a large amount of new games both published and unpublished hitting the floor. Also, there are usually some surprises that are released that you don’t hear about till the actual convention which makes for some interesting news for us gaming geeks! One such surprise has already been released and it has already created some buzz. A picture came up a couple days ago of a Magic: The Gathering Strategy Board Game and a release date of 10/16/14…these are the reasons I love gaming! Nothing is known yet but I love that they can do this and create some buzz for something just before the Spiel! This will be the second post I’m making in as many days regarding Essen Spiel. The first was about my honorable mentions list and you can find it at http://www.alittlelatetothetable.blogspot.com/2014/10/obligatory-essen-spiel-post-part-i.html. Thanks for reading, and enjoy! 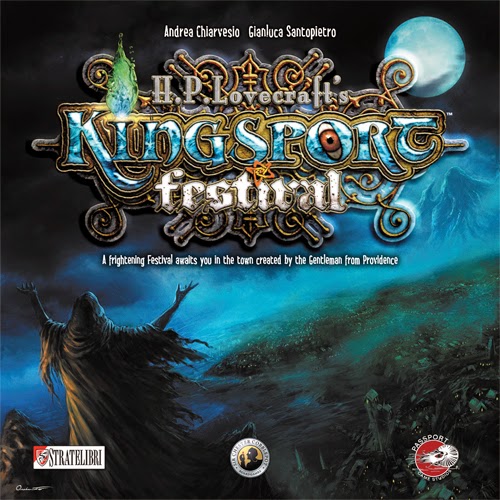 Kingsport Festival is a game by designer Andrea Chiarvesio that apparently plays very similar to his previous game called Kingsburg. This game involves quite an interesting way to use dice. A player rolls their dice and then uses the numbers that have come up to place them on certain tiles and gain their effects. Essentially it is a worker placement game with a dice rolling mechanic. I love different ways of using dice! While I love a good Yahtzee style rolling game I also get a large amount of enjoyment out of clever and different ways of using dice. This gives a bit of luck to the game but still is largely based on the skill of your moves using those dice. I find this more interesting than Kingsburg because this is set in the city of Arkham during the Kingsport Festival of Lovecraftian lore. You essentially play a cultist attempting to raise the elder gods (including Cthulu) during this festival. I quite enjoy Lovecraft’s world and I think this is an interesting theme to paste onto what is already a highly rated game. 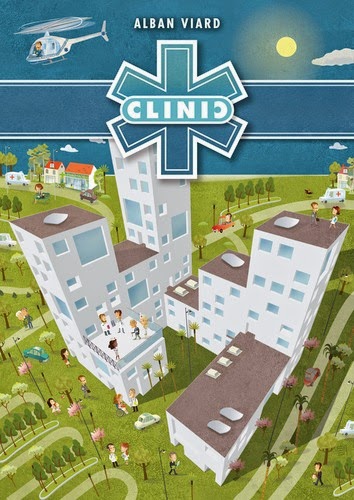 Clinic is a tile-placement and city-building game by the designer Alban Viard. This is intriguing to me because apparently this designer often creates his games and self-publishes them and brings them to Spiel to sell. He often does pre-orders on these games and sells the few extra copies when he arrives. These designs often sell out quickly so he has become somewhat of a hot commodity during the convention. This designer is known for his 3D style mechanics where you not only build across but also up. It makes for extra strategy in where you place your tiles and how you spend the money you receive. I would love to pick up a copy of this game but know that unless it is picked up by a publisher I will never be able to play this limited run of 200 copies. 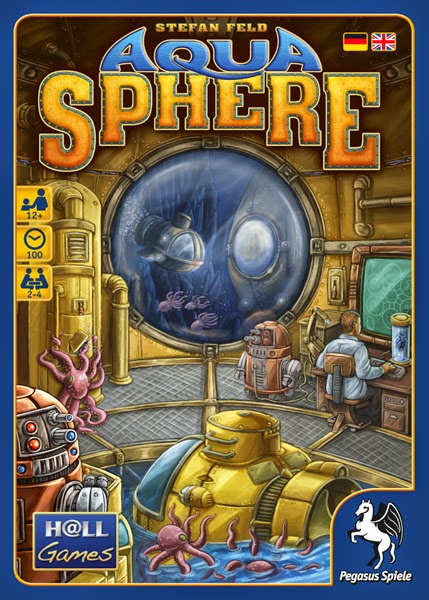 Aquasphere is one of this year’s new games by prolific designer Stefan Feld. Honestly, I’ve never played a Feld game before but this game has really drawn me in with it very cool theme. You play as an underwater research team attempting to gain as much data as possible about the environs at and around the ocean floor. You use your actions to improve your lab, send out submarines, study the resident octopi, and improve your team’s capabilities. This is hindered by amount of actions, number of decisions, and the size of your lab. All in all I think this is an incredibly interesting game and it may be the first Feld to really get me interested enough to pull the trigger and buy a copy. 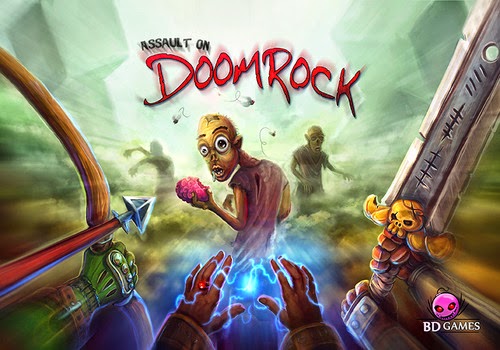 Assault on Doomrock is one of the few “Ameri-trash” style of games to find its way onto this particular list. I found that my Gen Con 2014 list (you can find these three posts on the blog) had much more in the way of the heavy thematic Ameri-trash while this list is tending much more towards the Euro style of game. I think that this is just one of the differences between the two conventions. This particular game is a co-operative game that relies on dice-rolling in a grid-free, tactical, role-playing style game. You get to chose your character and trait at the beginning of the game and from there go throughout a random map and face on in three distinct encounters. The outcome of these battles as well as the way you control the time element of the game will determine whether you win or lose. These elements give it a push up my list to the number seven game of interest. 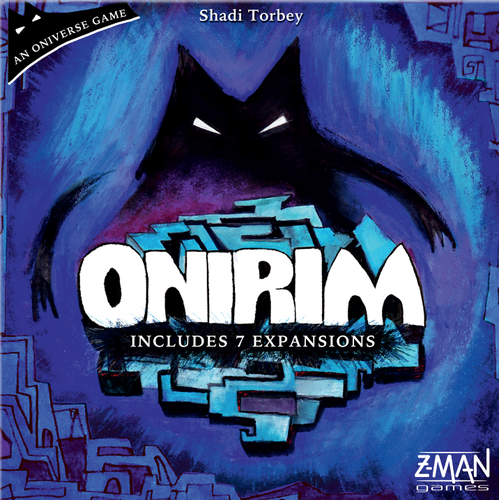 Onirim could be considered by some as a cheat for this list, but I say to those people, nay! Onirim was originally released in 2010 in its first edition and had seven expansions for the base set. This game has been out of print for some time. It isn’t the hardest game to find but can get a little pricy for the base game as well as the seven expansions. Z-Man Games decided to release a second edition of the card game that included a larger box and all three expansions. I include it on this list because it has been on my personal list for some time and I’ve known about this edition and thus held off on buying the random copies that come up on amazon or ebay. Onirim is a solo/co-operative card game where you play a dreamwalker who is lost in a mysterious dream labyrinth of unknown origin. You must find the Oneiric Doors before your dream runs out or you will be lost forever. Much of what excites me about this game is the absolutely gorgeous and avant-garde artwork that exists on the cards. Also, I make no bones about the fact that I love a good solo/co-operative game that I can pull out even when I don’t have someone to play with.

There are numbers six through ten of my Essen Spiel top ten interests list. I find these games very interesting, but maybe you don’t. If you think something else should have been included just let me know in the comments. Next post should be up in a day or two and conclude my Essen Spiel posts. Until next time, game on!