This is part 3 of my three-part posting following my interests among the game releases at this year’s Essen Spiel. Feel free to back up a couple of posts to check out part one which focuses on my honorable mentions and also part two which focuses on my games six through ten. What follows will be my games one through five that are coming to Essen Spiel 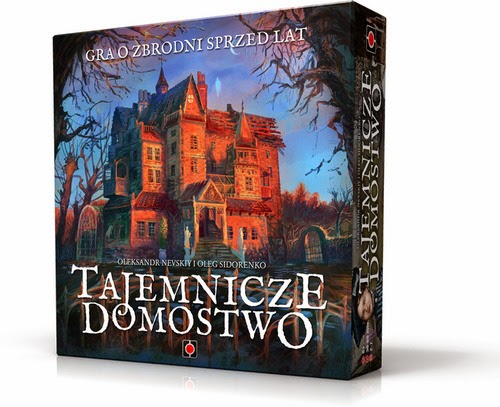 Mysterium (which is being released by Portal Games as Tajemnocze Domostwo) is a game that plays from two to seven players and uses co-operative play and hand management mechanisms to create its clever gameplay. First of all, I want to begin by saying that this game is released by Portal Games. They are quickly becoming one of my favorite companies with one of my favorite designers/publishers in Ignacy Trzewiczek. Ignacy becomes a huge reason that I sit up and pay attention to Portal Games releases. Besides it being a Portal release, this game looks like it holds up amazingly well on its own merits. The best way to describe this game is as Dixit with a twist. It uses deduction as one player is a ghost in a haunted house and the other players are paranormal investigators. The ghost is able to communicate with these investigators using dreams (i.e. the cards in Dixit) and they have seven days to solve what the ghost has to say. I think this game sounds amazing and will probably try pretty hard to get my hands on this release. 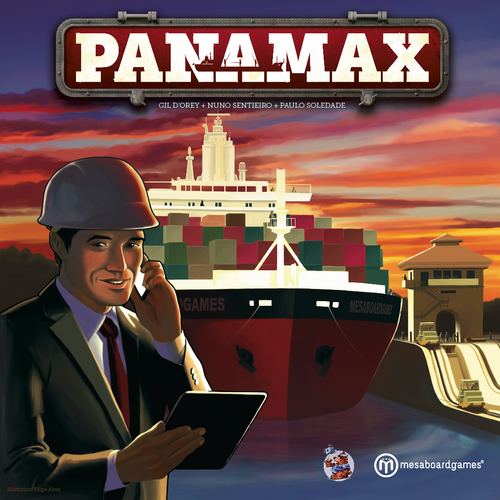 Panamax is a fairly heavy, Euro-style game released by Stronghold Games. This is an absolutely beautiful game that uses dice rolling, point to point movement, and stock holding as its major game mechanisms. It is a heavily economic game where you are trying to move cargo through the Panama Canal. You first roll dice and use the pip numbers that come up as the cargo and then place them on either your ships or another players ships to get them through the canal as quickly and efficiently as possible. This game looks absolutely amazing and appears to have gameplay that backs up the beautiful board and components. I don’t have a whole ton of the “heavier” games (outside of Mage Knight) and would love to add to them. Panamax just may be the next heavy game to hit my shelf! 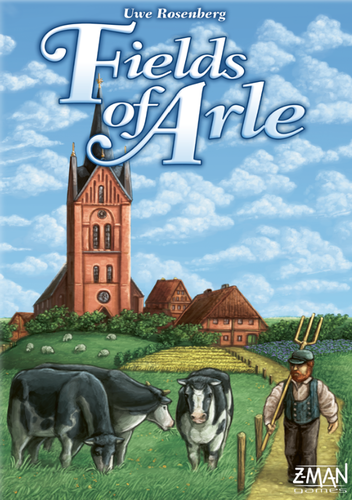 Fields of Arle is the next release by heavy hitter Uwe Rosenberg of Agricola and Caverna fame. Rosenberg’s games are very well known Euro-style releases that always do well and mostly get very good reviews. This one really interests me because it was solely created as a two player game and you don’t find that often with these heavier games. This is another worker placement style game where you are attempting to develop your estate by expanding territory. This looks like a “point-salad” game that may be the first Rosenberg to hit my shelf. I am very interested in this release which is why it has jumped so high on my list! 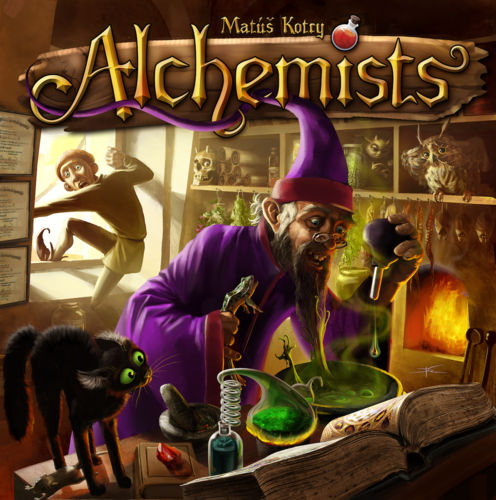 Alchemists is a new game published by Czech Games Edition where you play an alchemist attempting to become more knowledgeable in the alchemical arts. Players will use worker placement and an auction mechanism in order to create their concoctions and potions. A very cool addition to this game is the use of an app. This app evaluates the ingredients and creates the potions by randomizing the rules of alchemy for each game. The creations that you place will give reputation for the budding alchemist and determine if said reputation goes up or down. The players will score points based on whether or not their theories were correct and the one with the most point wins. This is another game where I love the idea of the addition of an app to help the gameplay and make it more interesting but isn’t the focus. Hopefully this game does the app thing right and makes a very cool gaming experience. 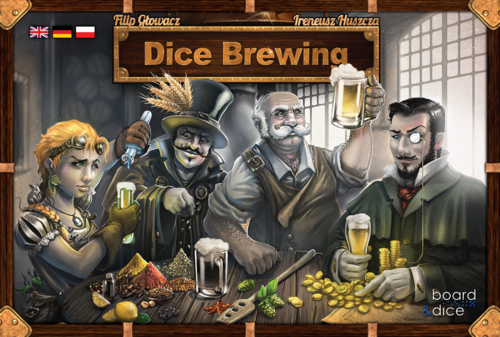 And my top interest for this year’s Essen Spiel goes to the board&dice release, Dice Brewing. This is a dice-building game where the players take on the roll of a beer master attempting to create new and more impressive beer recipes. The players each have a board and location cards and use these to create their resource pool. The players will be acquiring hops and malts (from a marketplace or the black market) in order to brew different styles of beer that will gain them more points towards their mastery of the art. I love that this game has both dice rolling and card drafting mechanics in order to create the ambiance that they are going for. I am very excited for this game and can’t wait to get my hands on it!

Thus ends my three-part post series on this year’s Essen Spiel in Essen, Germany. I hope you enjoyed reading these posts and as usual, if you have any questions or comments don’t hesitate to ask. Until next time, game on!