This week marks the ultimate board game geek-out event for American board gamers…GEN CON!!!  Gen Con (which takes place in Indianapolis, Indiana) is the largest tabletop gaming convention in North America and it is one of the two main events (the other being Spiel in Essen, Germany) for game releases.  Last year's Gen Con alone boasted it's largest attendance: 49,058 people.

This year they are expecting over 50,000 attendees piling into the Indianapolis Convention Center in order to gawk at this year’s newest attractions in gaming.  I've gone through a list at a great gaming sight, BoardGameGeek, which covers over 600 games that should be making an appearance at Gen Con this year.  Now, understand that many of these games won’t be available yet for purchase, but most of them are.  Some of the games that are on the list are ones that are rumored or that their companies will be demoing for this convention.  If you are curious you can find the list at http://www.boardgamegeek.com/geeklist/161427/gen-con-2014-preview.  I've decided to do this post as my top ten most interesting games of the convention.  Now, just so you are aware, some of these games may not have an official release at this convention but they are the ones that intrigue me the most. 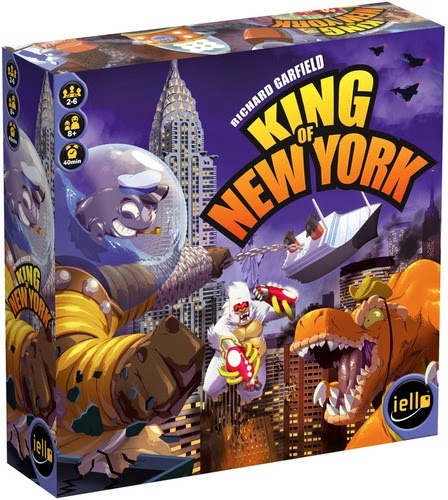 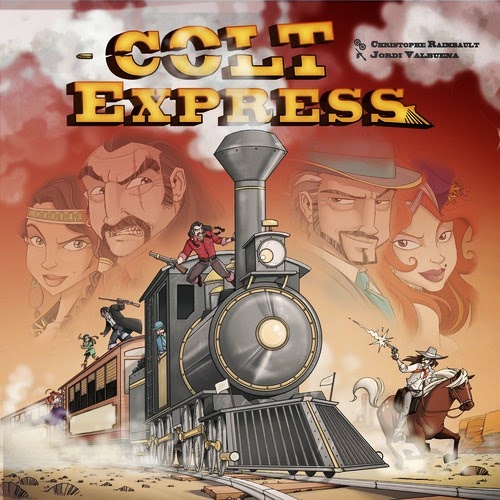 The second honorable mention is Colt Express.  This is a programming game where you are giving movements to your bandit characters in order to rob a train.  To be honest the biggest reason this gets a mention is because the playing board is a 3D model of a train and you move your piece on this board.  It is a cool enough idea that it makes the honorable mention list. 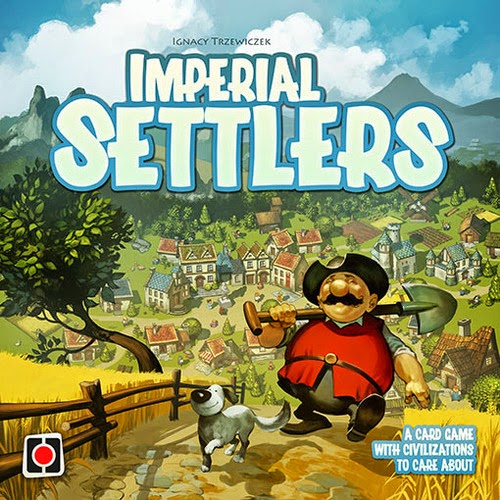 The third game on the honorable mention list is Imperial Settlers.  This is a game where card drafting and hand management are the main keys to the game.  Honestly I don’t know a ton about the game, but what I do know intrigues me.  This is also considered to be one of the main attractions of this year’s Gen Con and most people think it will sell out the first day of the convention.  This alone (as well as some cool mechanics and components) makes it interesting enough for this list. 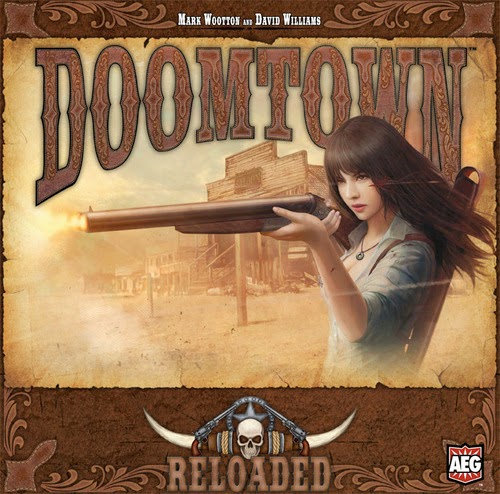 The fourth game on the honorable mention list is Doomtown: Reloaded.  This game uses a few different mechanics including deck building, hand management, and area control.  The theme of Doomtown: Reloaded is really what draws me to it.  It takes place is a western town which also includes magic.  The mixture of the Wild West theme and the magical powers give it a seriously cool vibe which puts it on my honorable mention list. 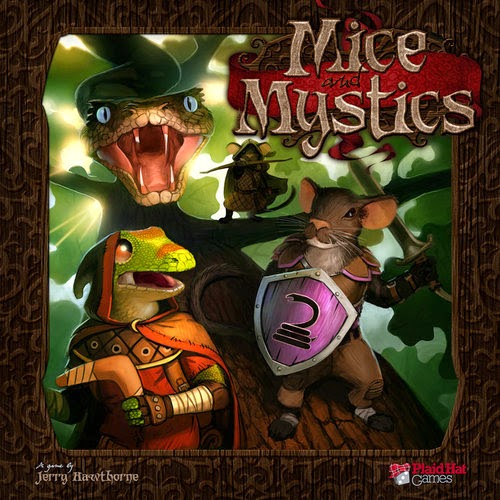 The fifth and final game on my honorable mention list is Mice & Mystics: Downwood Tales.  This is the follow-up expansion to the excellent dungeon delver Mice & Mystics by Plaid Hat Games.  My wife and I have (and love) the original game and I am very much excited that they continue to release expansions for the game.  This one even gives more models (including a new gecko hero named Jakobe and different enemies) and more tiles for different environments.  I love the original game because it gives a very cool RPG-type experience with an awesome theme.  The only reason this didn’t make the top ten list is because it is not a stand-alone game, but rather an expansion to an already existing game.  Nonetheless, I am still excited enough to include it on my honorable mentions list.

That concludes my honorable mentions.  My next post (hopefully before Gen Con actually starts on August 14th) will be the ten games that I am most excited/intrigued by.  Please join me then!  Until next time, game on!
Posted by Unknown at 4:55 AM