Last night Em and I had our first “family/friends game night” and I think it was a success.  We have decided to have one night a month dedicated to having friends and/or family and/or friends-who-are-basically-family over to enjoy tabletop gaming and food/drink.  For the first gaming night we invited four friends over, Meghan (Auntie Chainsaw), Dave (Romeo), Brando, and Sean.  Unfortunately Brando and Sean were unable to make the night but Meghan and Romeo were able to come over and enjoy some gaming. 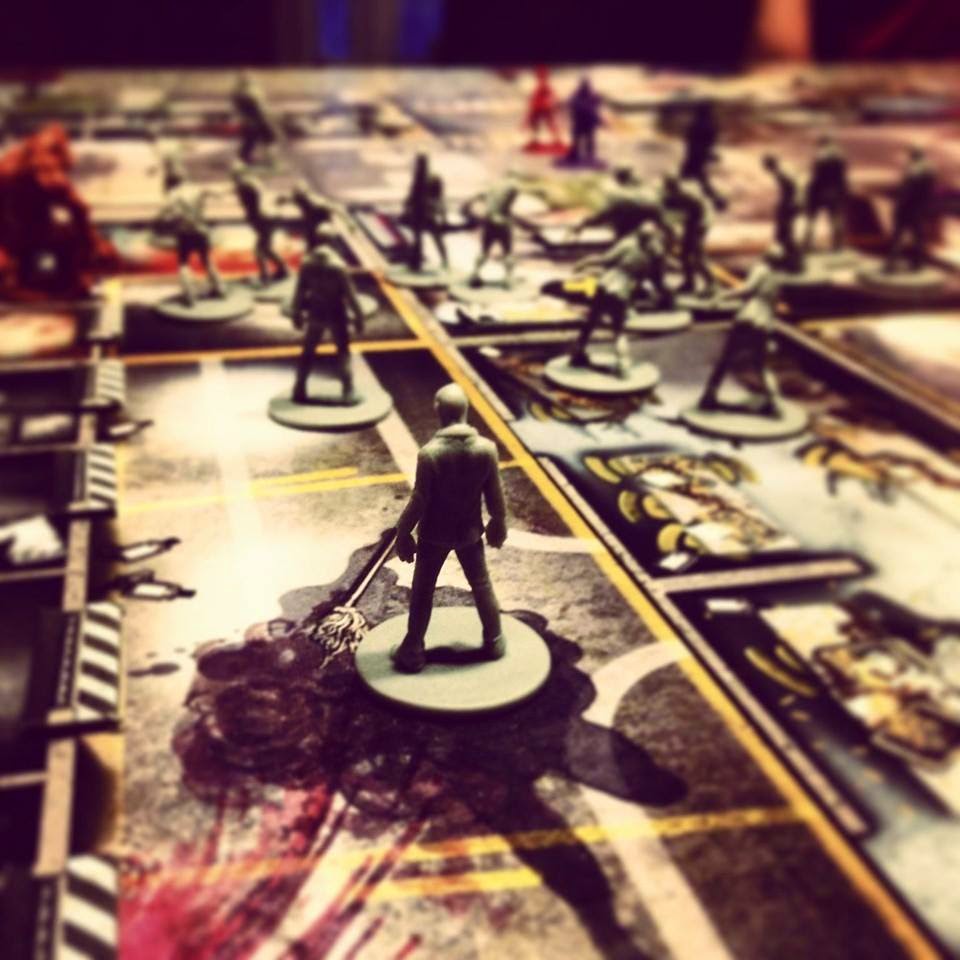 We chose the game Zombicide Season 2: Prison Outbreak for a first gaming night and I think it was a success!  We chose a medium level scenario and started up the game right around 7:45PM.  After choosing our characters we set them up and started the zombicide.  For a while the game was going smoothly.  Romeo (as his character Grindlock) was able to find a concrete saw in order for us to be able to open the way into a well fortified prison.  With a little luck and some good weapon searches we made our way from the zombie filled street into the even-more-zombie-filled prison!

Around this time I (as my character Joshua) opened up some cell doors which held a ton of zombies and unfortunately killed off Grindlock.  The good news is we played in resurrection mode and he came back as a Zombivor (zombie + survivor…get it?) and was now even stronger!  Meghan (as Belle, the parkour star) was able to find a chainsaw (thus the new “Auntie Chainsaw” nickname) and start to empty the streets…or she would have if her dice rolls were better!  At one point some zombies moved a little quicker and were able to chomp her down as well.  She then came back as a stronger Zombivor and made quick work of the streets. 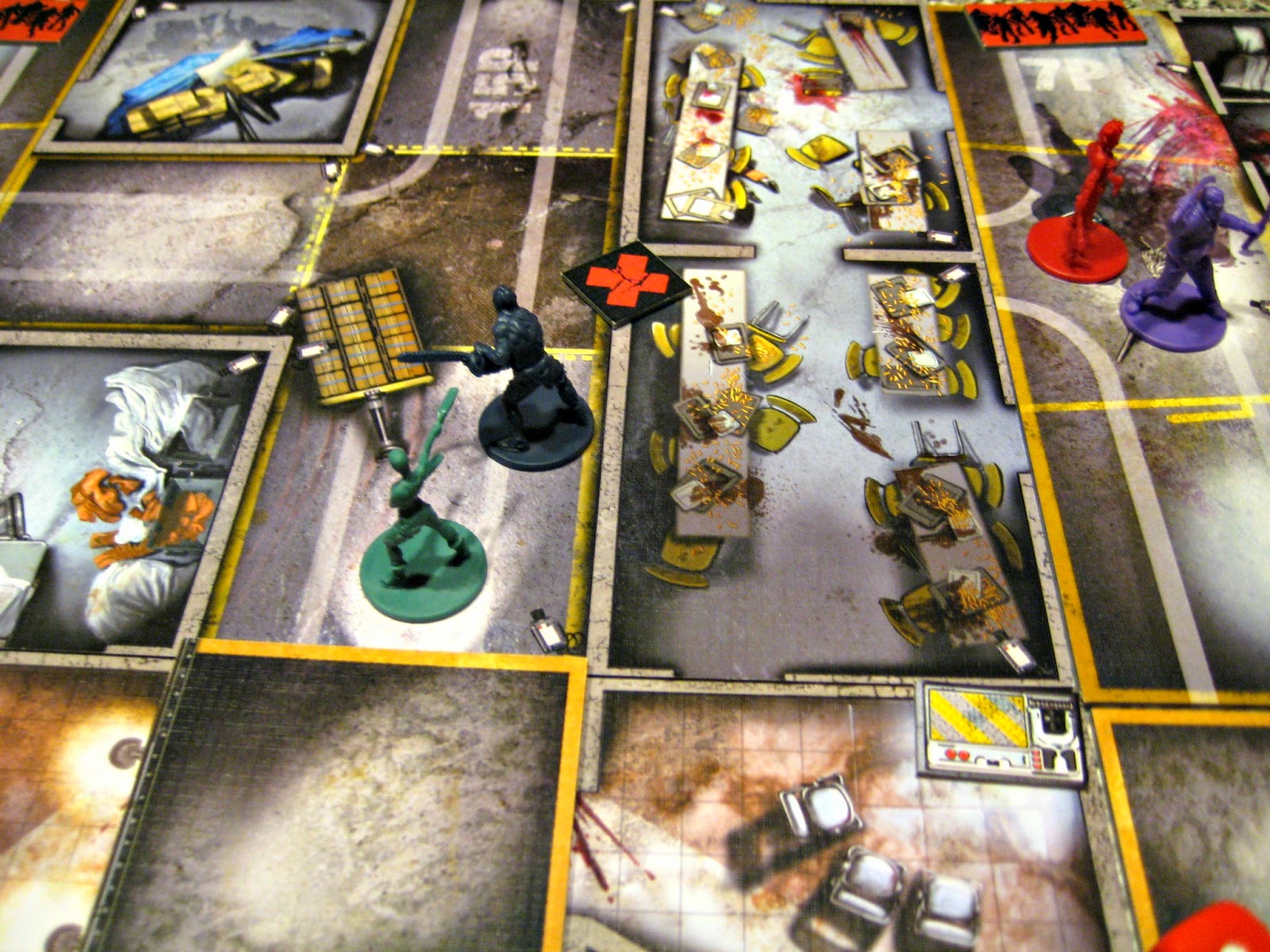 In an attempt to help out Grindlock I stupidly ran into a crowd of zombies and was unable to kill them all off with my claw hammer.  On their next turn the zombies finished Joshua off and on his next turn he also came back as a Zombivor.  While Grindlock (Romeo), Belle (Meghan), and Joshua (myself) were getting themselves chomped on by the crowds of rushing zombies, Em (as her character Shannon) quietly was killed off a ton of zombies with ruthless efficiency.  Her soldier background made her pistol use the best in the group and she made short work of most zombies. 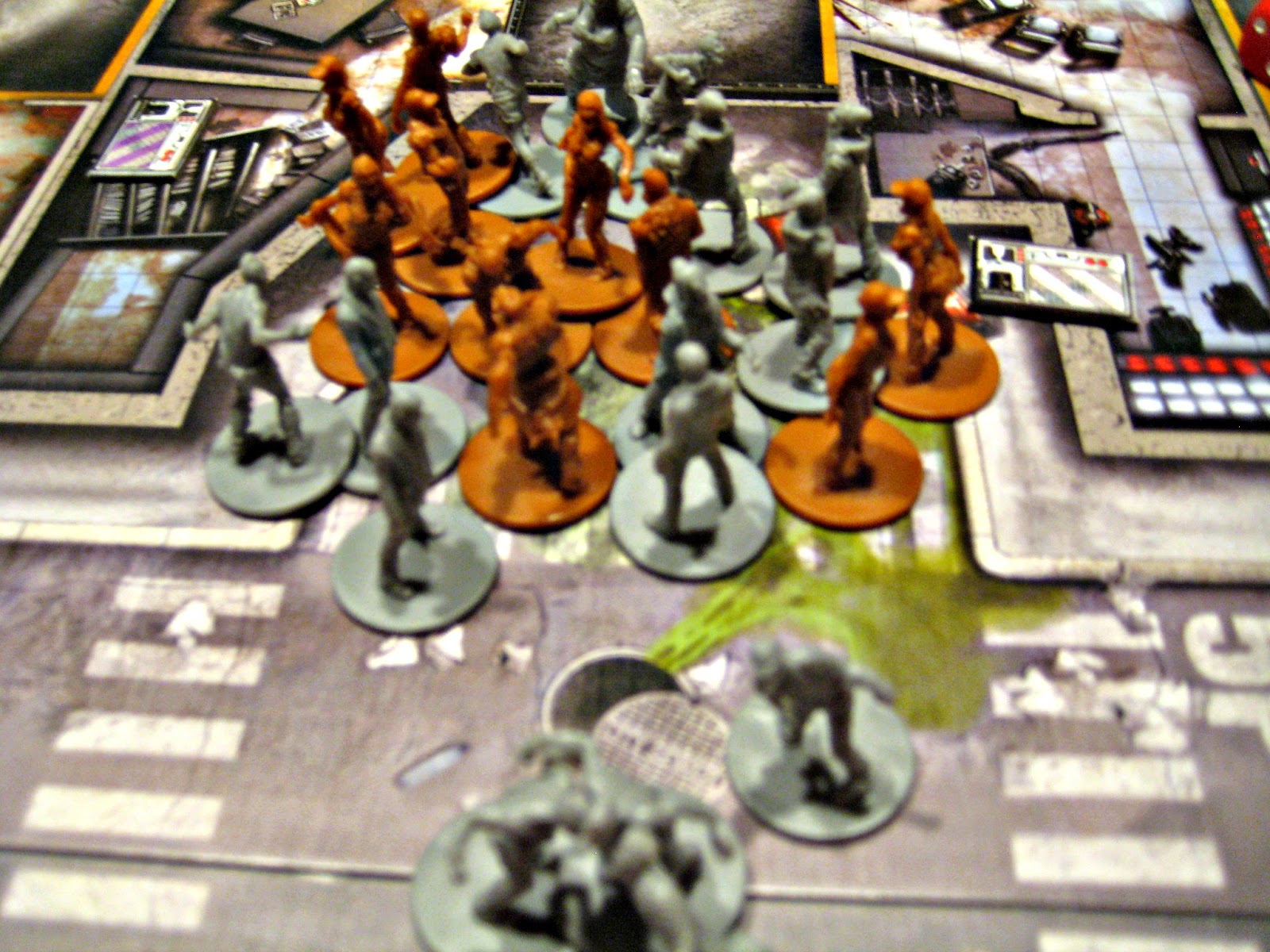 Meghan sadly had to leave just before we finished the game to make her 2+ hour trek home but we took over for her and we were able to clear out the prison to create a safe place for our survivors (and now zombivors) and those who followed.  The last kill award goes to Romeo and he used his concrete saw to defeat a berserker abomination zombie before he got to the rest of us.  Woot!

Needless to say we had a ton of fun and can’t wait to have our next “family game night” where we believe we will be pulling out Munchkin.  Stay tuned to hear how that night goes.  Until next time, game on!
Posted by Unknown at 4:54 AM