Alright, with the expansion and reprint posts out of the way let’s move on to the honorable mentions.  These games are ones I highly anticipate that just missed my top 10 list but I still think they warrant some attention for some reason or another.  These games are all still anticipations as I haven’t played any of them but I hope to at least be able to demo a bunch of them when I’m at Gen Con next week.  Before we move on feel free to click on the links below to check out my previous two posts in my Gen Con series.

Well, there are the links.  Feel free to check them out at your convenience.  Now that the introduction is out of the way let’s go ahead and move on to the post.  Again, these are all games that I am highly anticipating that are debuting and for purchase (in limited or full quantities) at this year’s Gen Con.  These are also games that just missed my top 10 anticipations which I will be divulging in the next couple of days.  Enjoy!

The first game to make its way onto my honorable mentions list for Gen Con 2017 is Apocrypha Adventure Card Game.  This game is designed by Mike Selinker, Chad Brown, Tanis O’Connor, Paul Peterson, Keith Richmond, Liz Spain, Elisa Teague and Gaby Weidling and is published by Lone Shark Games.  This is a co-operative, hand-management and deck-building game where you take a character that has repressed memories and will be getting more powerful throughout the play of the game.  There is also a certain level of role playing that appears to be a major part of this game.  I am excited to try this game out as it is a card game (check), has variable player powers (check) and player growth (check) and is co-operative (check).  For these reasons I really want to check this game out at the convention. 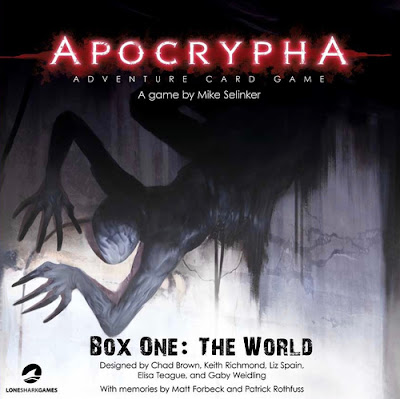 The next game to work its way onto my honorable mentions is Bunny Kingdom.  This game is designed by Richard Garfield and is published by IELLO.  This game is a card drafting and area control game that where you are taking on the role of a clan of bunnies that are trying to build the greatest bunny kingdom in the land.  The players will be drafting cards in order to provide resources and take over squares on the board as they expand their kingdom.  The game will score depending on the resources you have at the end of the game along with the different areas that you control.  This game snuck up on me and I think it looks like a fun game that I’d like to try out. 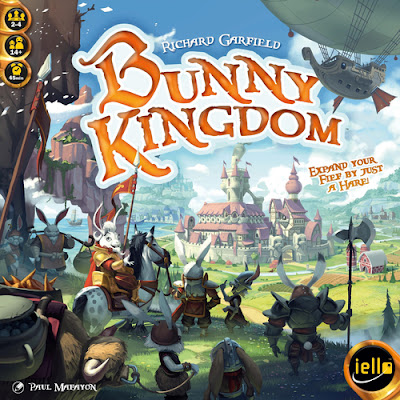 The third game to make the honorable mentions list is Dragon Island.  The game is designed by Mike Fitzgerald and is published by R&R Games.  This game has the players taking on the role of a wizard who has been cast away on a supposedly deserted island.  However, these wizards realize they aren’t on their own.  From here the players will gain treasure, explore and build up the island and eventually tame the dragons that make their home there.  I don’t know a whole lot about this game which is why it didn’t hit my top 10 anticipations but just the fact that it is Mike Fitzgerald doing a board game makes me intrigued.  I am hoping to at least get a demo out of this one at Gen Con. 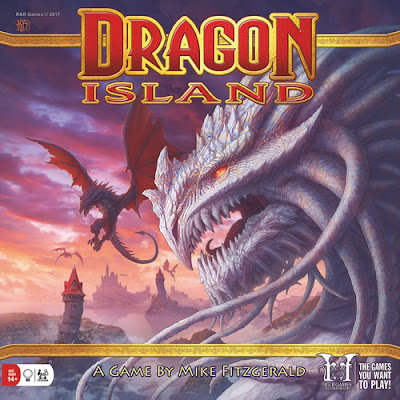 The next game to make it onto my honorable mentions list is Sentient.  The game is designed by J.Alex Kevern and is published by Renegade Game Studios.  This game is a dice manipulation, set collection and card drafting game where the players take on the role of a company who are trying to be the best which they can do by multiple actions.  The dice manipulation in this game looks absolutely amazing and super crunchy which I think it fabulous!  When you draft the cards and manipulate the dice you are then able to place of assistants which gains you area majorities if you have the most and allows you to gain bonuses and such.  Along with the gameplay the game absolutely looks amazing which is just another feather in Renegade Game Studios’ cap.  I will probably be camped at their booth for at least a little while when I’m at Gen Con and I want to get a demo of this one. 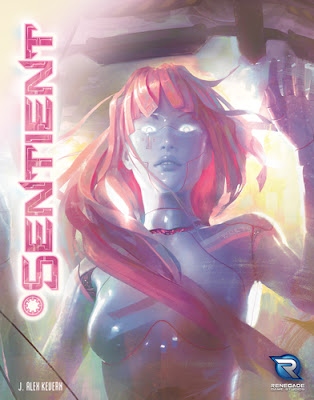 The final game and thus the game that just barely missed my top 10 anticipations is Century: Golem Edition.  The game is designed by Emerson Matsuuchi and is published by Plan B Games.  This game is a card drafting, resource management, deck building and set collection game that is a re-theme of Century: Spice Road.  The game puts the players in the role of crystal traders in a fantastical world of golems and magic as they use card drafting and resource manipulation in order to gain cards that have end game points on them.  The original did very well at Origins GameFair 2017 and thus they announced that they were going to do this re-theme just this past week.  This was the theme that I wanted originally and I’m glad that they decided to go ahead and do it. 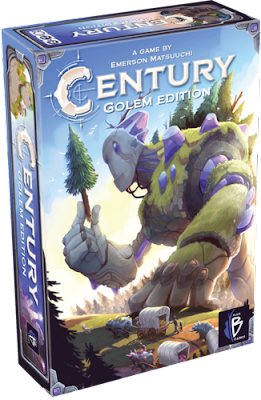 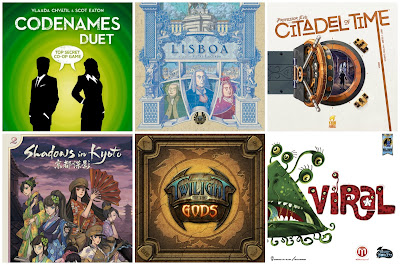 Alright, there we go.  These games are all very interesting to me but there are 10 more that I’m even more interested in!  Come on back the next couple of days and I’ll have up games 6-10 next and then I’ll finish up the top 10 with games 1-5.  After that I’ll do a post on the demos and games that aren’t for sale that I’m most interested in.  Well, I think we’re done for now.  Thanks so much for reading!  Until next time, game on!