Alright, one post down and 6 to go!  This post will take a look at another section of games that are going to be available and debuting at Gen Con 2017.  These games will be the top 5 reprints and/or re-implementations of games that I’m anticipating coming out at the convention.  For this list these games encompass those that are getting an English edition and those that are similar to a previous game but have been re-implemented in some way.  Before we move on feel free to check out my first post in the Gen Con series at the link below.

Alright, now that everyone’s back, let’s move on to the meat of the post.  These are my top 5 reissues/re-implementations.  Enjoy your read! 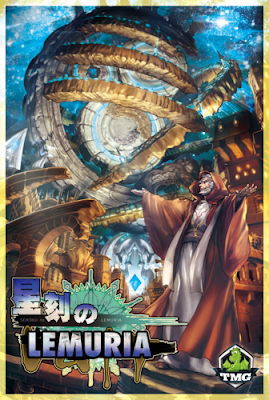 Lemuria is a 3-4 player worker-placement, resource management game that is designed by Kuro and will be released (in an English edition) at Gen Con 2017 by Tasty Minstrel Games.  This is a new edition of the 2014 Japanese game that was translated as “The Star Kingdom Lemuria.”  The new edition doesn’t really have any changes to the gameplay, just some graphical changes and slight re-wordings that make the rules more clear.  The game plays out as a worker placement where you are trying to convert each of your workers into resources which the players are then able to use to buy buildings.  I like the theme as you are in the ancient city of Lemuria which still runs on forgotten time-control technology.  We have played The Ravens of Thri Sahashri which is also by Kuro and we think that game is brilliant.  Because of the pedigree I think that this game is going to be at least worth a good look while at Gen Con. 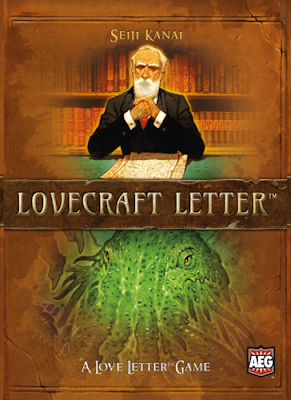 Lovecraft Letter is a 2-6 player hand management game that is designed by Seiji Kanai and will be released at Gen Con 2017 by Alderac Entertainment Group.  This game is a re-implementation of the huge hit, Love Letter, and seems to build upon an already solid game system.  This game takes the original game engine and turns it a bit on its head by adding in sanity and insanity cards that can totally change what the powers of each card are.  The problem with having a more powerful insanity card means that if you don’t pass a sanity check you will automatically be eliminated.  In the same way as its predecessor, if more than one person is left standing the one with the higher card number wins.  I think this looks like a more interesting version of the original and would like to check it out. 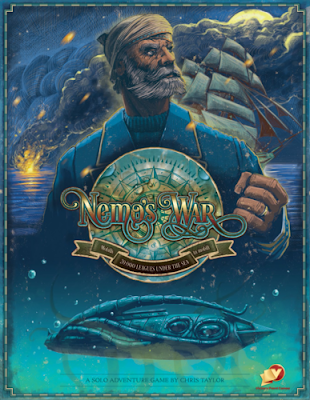 Nemo’s War: Second Edition is a 1-4 (mostly solitaire) player area control, push your luck, action point allowance game designed by Chris Taylor and will debut at Gen Con from Victory Point Games.  This is a new edition of the 2009 solitaire game that has garnered a lot of fans and thusly gained an upgraded version.  The graphic design and art that has been done for the new edition by Ian O’Toole is wonderful land I’m glad that they could land him for this game.  Players will take the Nautilus (this game loosely follows Twenty Leagues Under the Sea) and Nemo along with his crew as they either roll along with missions of science, exploration or war.  This game looks like a great solo play and I’m hoping to get my hands on one of these brand new editions sometime in the near future…perhaps at Gen Con itself! 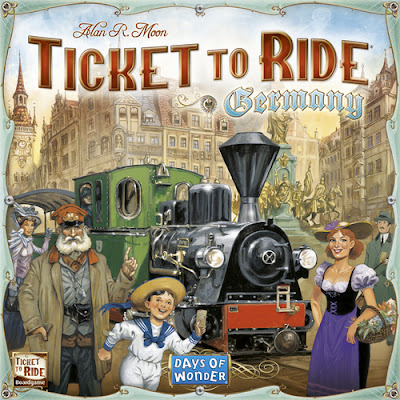 Ticket to Ride: Germany is a 2-5 player set collection, route building game designed by Alan R. Moon and released in limited quantities at Gen Con 2017 by Days of Wonder.  This game is essentially a new edition of the 2012 release Zug um Zug: Deutschland which is in turn a streamlining of the 2006 release Ticket to Ride: Märklin.  This game further streamlines those releases making a version that I really want to get my hands on!  The game takes the classic formula and adds passengers to the mix.  When players take a route they can also take passengers from each side which will be another set collection item to gain points from.  Em and I adore Ticket to Ride and all of its maps so this game is a no brainer. 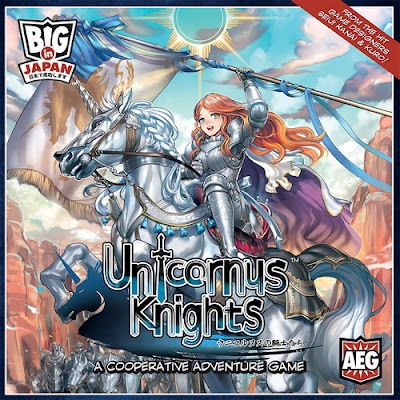 Unicornus Knights is a 2-6 player co-operative, dice rolling game designed by Kuro and Seiji Kanai and released at this year’s Gen Con by Alderac Entertainment Group.  This game is an English version of the original release by Manifest Destiny that came out in 2016 in its first edition.  Apparently not much was changed from the first edition which I think is pretty cool.  The game finds the players taking control of generals who much assist the princess of a kingdom who it fighting her way to her own capital.  The princess is very one minding charging off into the unknown in order to reach the capital.  The princess of note is very strong in power but also weak in hit points.  This means that the players much be clever in order to keep her alive until the end.  I think the anime art and gameplay mechanisms look interesting enough to top this particular list.

Well, there you have it!  These are the reissues and re-implementations that I am most looking forward to that are coming out at Gen Con 2017.  There are a few games on this list that are must buy for me and some others that I’d really like to try out.   What are some of the games that I missed that should be on this list?  Feel free to comment below and let me know!  Thanks so much for reading and come on back tomorrow for another installment into my Gen Con series.  Until next time, game on!