And now we move on to the final part of my top 10 games from 2015 that I haven’t played yet and am very interested in.  These five are the ones that really jumped out at me and made me turn my head.  Before we move onto the main event, feel free to click on the below links to read about the previous four posts in my “End of 2015” series.  The first is my final play statistic from 2015, the second is my “Late-ies” Awards for my 2015 categories, the third is my honorable mentions of games from 2015 and the fourth is my games 6-10 on the Top 10 of 2015 I’m interested in.

Alright, now with the preamble out of the way we can move on to list proper.  Below are the top 5 games on my top 10 games I want to try from 2015.  Enjoy, the read! 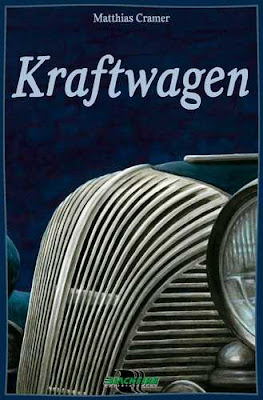 Kraftwagen is an economic game where you are working a rondell in order to take the tiles and actions in order to make the most money.  This game is designed by Matthias Cramer and is published/distributed by ADC Blackfire Entertainment.  This game uses time track/rondell, economic, and action tiles as its primary mechanics while you are building up your cars and engines.

I love the way you use the rondell to take actions.  If you move too far ahead on the rondell then your opponents can come up and take multiple actions before it gets back to your turn.  This really gives a cool feel to trying to get what you want but not giving up too much to get that specific action.  You then are trying to manipulate a market of consumers in order to convince them to buy your cars over the opponent’s cars.  This is done in a clever way and makes the game very interesting.  Lastly, I love that they theme this in the very early 1900’s as German car manufacturers were vying to be the top company.  I am excited to try this one and every time I see that gorgeous cover I want it more! 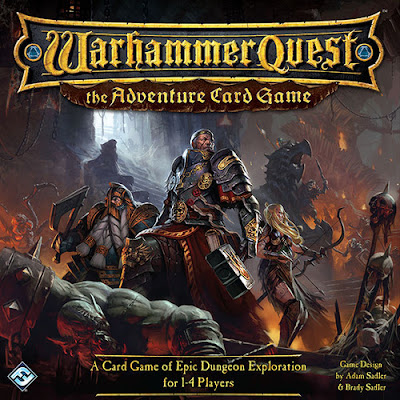 Warhammer Quest: ACG is a co-operative card game where you are taking your specific character and running through missions in a certain amount of time trying to complete your objectives.  This game is designed by Justin Kemppainen, Brady Sadler and Adam Sadler and is published by Fantasy Flight Games.  It uses hand management, variable player powers, co-operative play and dice rolling as its primary mechanics as you are trying to complete your missions.  I love how each of the four characters that you get in the base box play completely differently from each other.  You will use them and “tap” your cards as you use the specific powers.  I also think that it is clever how you will roll dice for each enemy that is engaged with you and it gives them a chance to hit you during your turn. 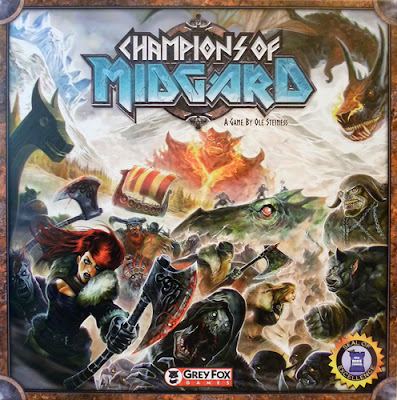 Champions of Midgard is a worker placement game that is set in a mythological Viking theme and finds the players setting up their camps and going out on adventures against trolls, draugr, and other monsters.  This game is designed by Ole Steiness and is published by Grey Fox Games.  It uses dice rolling, worker placement and set collections as its primary mechanics as you go on your adventures in order to score points.  This game has often been likened to Lords of Waterdeep in its use of worker placement.  Since I have never played either game yet it is hard for me to comment on that but I will say that I’ve always been interested in playing Lords of Waterdeep and since that is also a well received game it seems to be some pretty good praise.

I also love the idea that you take dice with some of your workers and they are your warriors which you take into the adventures.  I think this dice rolling really gives the game a different feel from a lot of other worker placement games.  It is a very thematic tie in to think that your warriors may have been slightly off in their battle and thus died epically instead of defeating the scourge.  The art and graphic design of this game is also top notch.  All in all this game ended up moving up my list and landing at the number three spot. 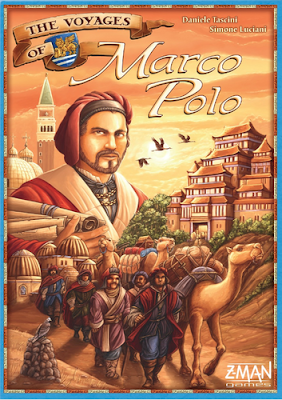 The Voyages of Marco Polo is a Euro-style game with dice rolling that puts you in the shoes of the explorer or someone in his sphere of influence as you travel along his journeys and score points.  This game is designed by Simone Luciani and Daniele Tascini and published/distributed by Z-Man Games.  It uses dice rolling, worker placement, variable player powers and point to point movement as its primary mechanics as you are going down the Silk Road and scoring points.  Each player takes their set of five dice, rolls them and then uses them in worker placement style action selections.

This game, however, mitigates the rolls of the dice by allowing players to place their dice on other players dice to take the same actions.  However, when they do this they must pay a certain amount of money to piggyback on the action after it has been chosen the first time.  The board and art are absolutely beautiful and colorful and that just adds to my interest in this game.  I would be surprised if this game wasn’t in my hands sometime this year! 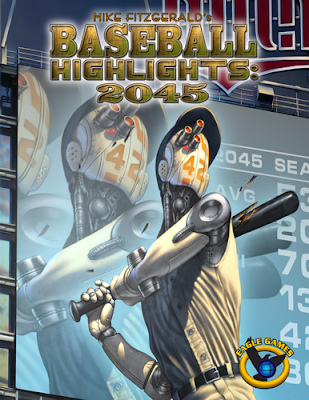 Baseball Highlights: 2045 is a card game that puts players in the future, when baseball has been dramatically changed into a different game altogether where all of the “boring” parts have been taken out and all that is left is the action.  This game is designed by the wonderful Mike Fitzgerald and is published/distributed by Eagle-Gryphon Games.  This game uses hand management and deck building as its primary mechanics as you take your team through the end of a season and the playoffs in an attempt to win it all.  This game has taken off in the past few months as people have really been raving about how good it is.

I love the theme and the designer is an amazing card game designer.  These things all add together to make this a must buy for me.  The only thing that has really held me back is the slightly high price point for what is essentially just a card game.  In the end this doesn’t matter because I will eventually break down and get this game as it hits all of the points I am looking for in a great game.

Well folks, there you go.  These are my 1-5 games on the top 10 games from 2015 I have yet to play but am looking forward to.  These are the crème-de-la-crème and at least a few of these will be on my shelf sometime this year.  On deck is my three part post that will conclude my “End of 2015” series.  This series will be the games I’m looking most forward to in 2016.  Come on back soon and check ‘em out!  Thanks so much for taking the time and reading this post.  Until next time, game on!