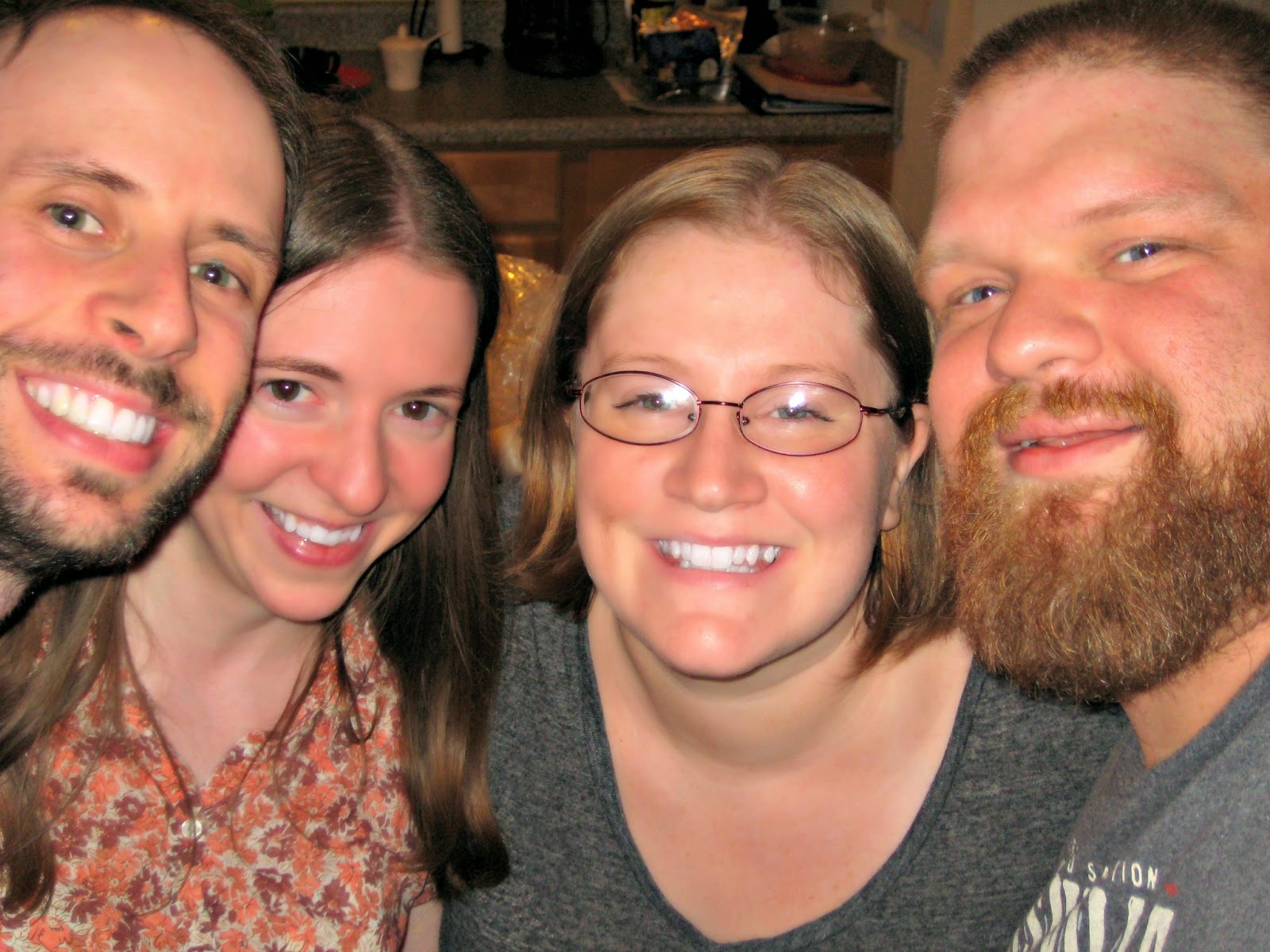 This past Thursday (9/11), our friends Becks and Chris came to see us.  They live in England and are only able to come to the states once or twice a year, so whenever they're able make it “across the pond” we try very hard to get together and just hang out for a little while.  Em and Becks celebrated their 21st anniversary of being best friends while they were here...I don’t really how this affects family game night, but at least you know how we all know each other!

They arrived in the afternoon while Baby Knives (our child’s middle name is Knives so Baby Knives became an early nickname, just FYI) was taking  her nap (although not sleeping - welcome to the world of 2 year olds).  They arrived, had some lunch and Em decided she wanted to teach them Takenoko by the fabulous Antoine Bauza.  Just as an aside, I love that my wife now suggests we play games instead of it just being my idea! 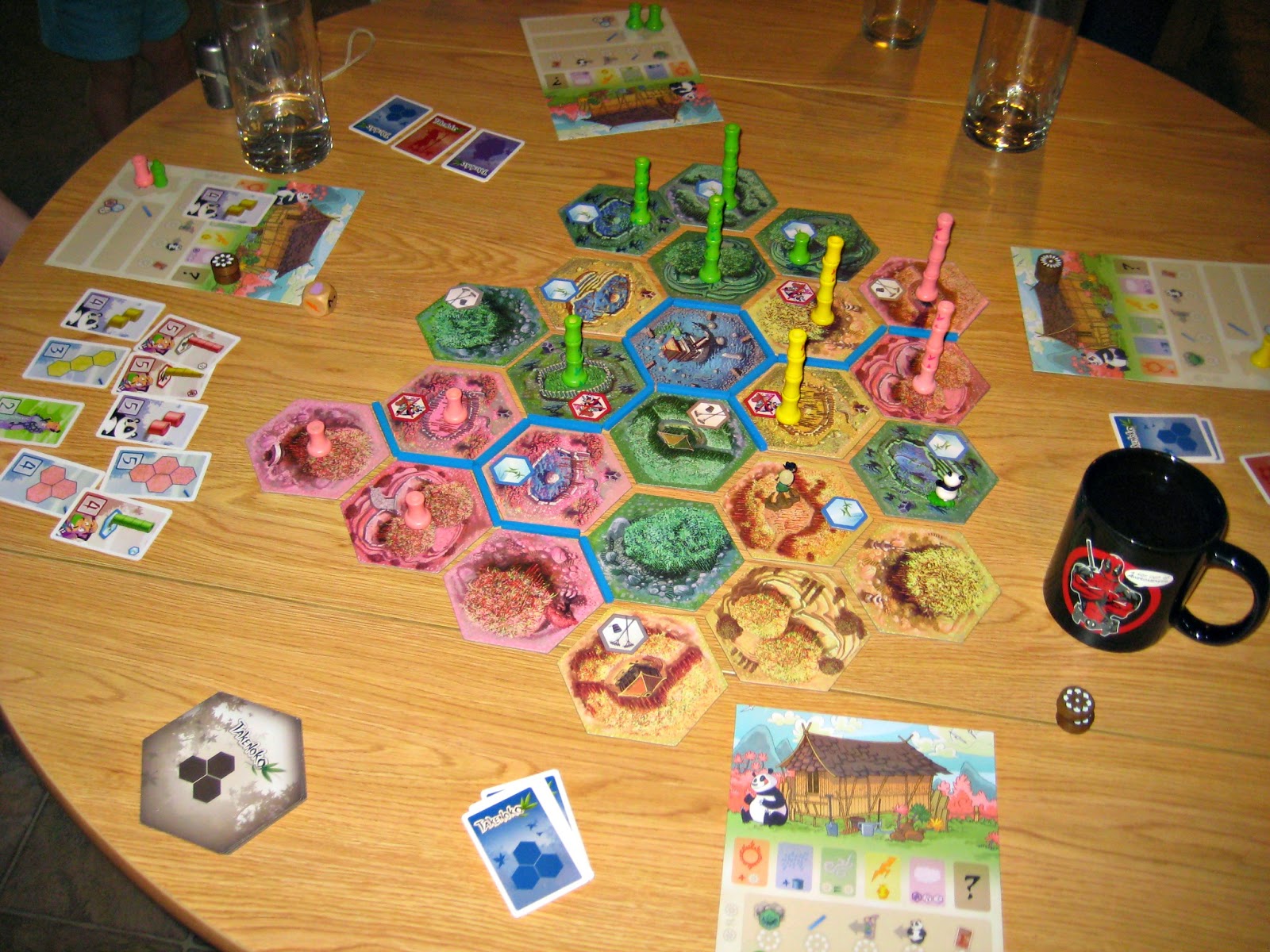 As I’ve explained before, Takenoko is a simple modern board game where you take control of a panda who wants to eat bamboo and a gardener who wants to grow bamboo in order to please his emperor.  It is a simple and brightly colored game that uses game mechanics such as tile placement, set collection, and pattern building in order to obtain your objectives.  This makes for a super-fun, entry-level game that is easy to teach and fun to play.  Becks and Chris had a ton of fun playing and then even wanted to go for a second round.  Becks took the first (teaching) round and Em won the second.

After we had dinner we decided to play a few more games (of course). For our second, I wanted to pull out Hanabi (also by the great Antoine Bauza) and teach it to them.  This is a favorite of mine as it is totally different from any game I’ve ever played.  This game’s mechanics include memory, co-operative play, hand management, and set collection.  What makes this game totally different from any other game I’ve played is that you take your hand of cards and instead of looking at them you face them out towards your fellow players. 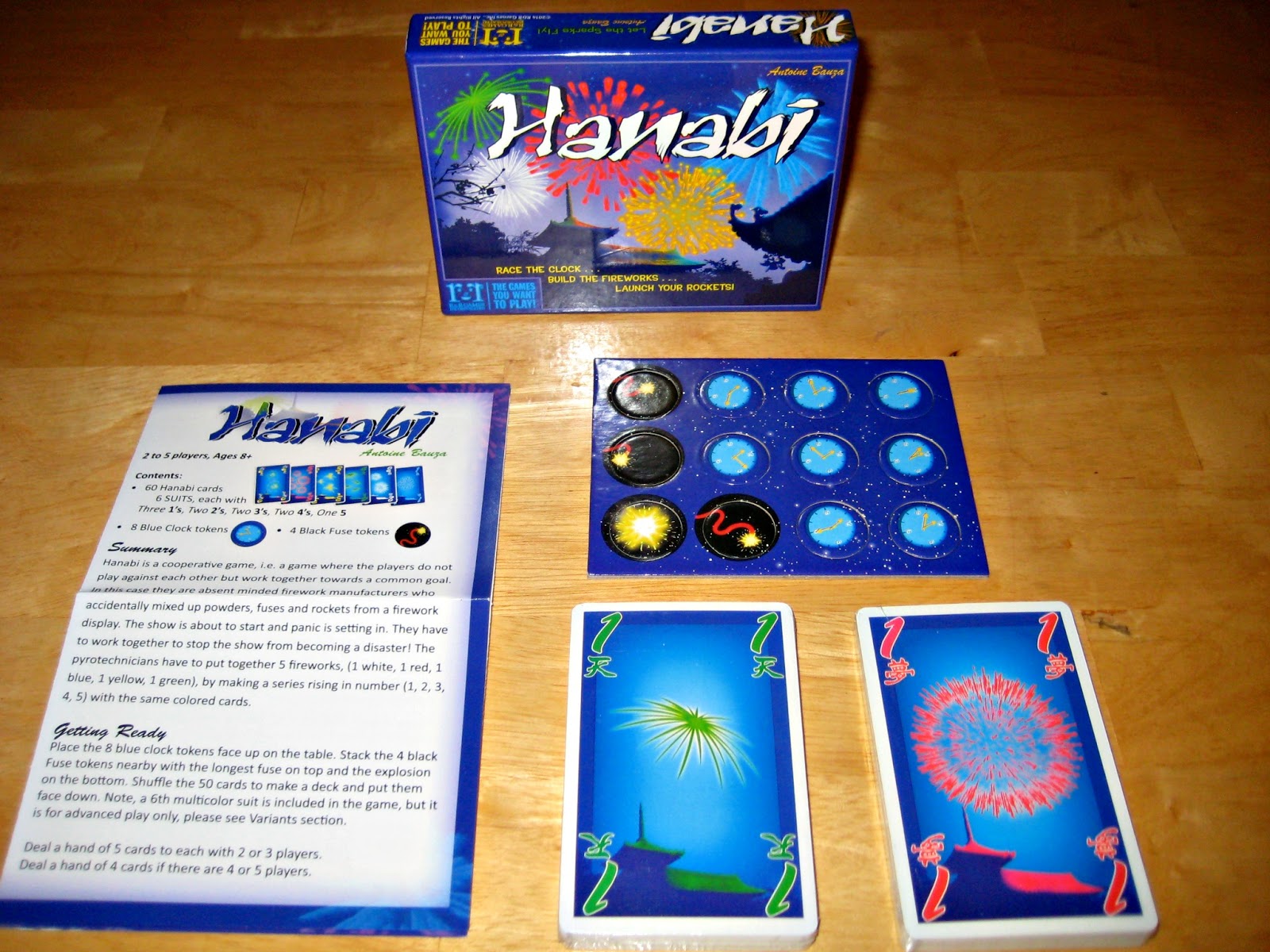 You then take turns giving hints and attempting to score the most possible points (25 being the best) and creating a “crowd-pleasing” fireworks event.  While the theme is thinly pasted on, the game itself is a ton of fun.  Beware though, there is a certain level of frustration that players can have during this game as you never see your own cards.  I love pulling out this game whenever I can because it isn’t a great two player game and my wife isn’t a huge fan of it.  Becks and Chris seemed very entertained and I think if we had played a few rounds we may have hit a very high score!  As it is, we had a perfectly respectable score of 18.

Lastly, we ended up pulling out our third Antoine Bauza game of the day: 7 Wonders.  This is quickly becoming one of my favorite games as it is so quick and easy to teach and everyone who has played it really seems to enjoy the mechanisms and gameplay.  This game uses set collection, variable player powers, and my personal favorite, card drafting as its gameplay mechanisms.  Becks and Chris figured out the game relatively quickly during our teaching game (where Becks won again!) and then settled in nicely for another round before they had to leave for the evening.  Em took the final game, edging me out when Becks played a card I needed to finish a science set!

As usual, we had a ton of fun playing games with our friends and teaching them a whole new side to the boardgaming world.  As both Becks and Chris enjoy gaming they both seemed to have a great time and I look forward to the time they're back in the states so we can have another prolonged gaming day!  Even though this wasn’t a planned “Family Game Night,” it was just as fun and I hope to have many more “Unofficial Family Game Nights!”  As always, it’s been a pleasure.  Until next time, game on!