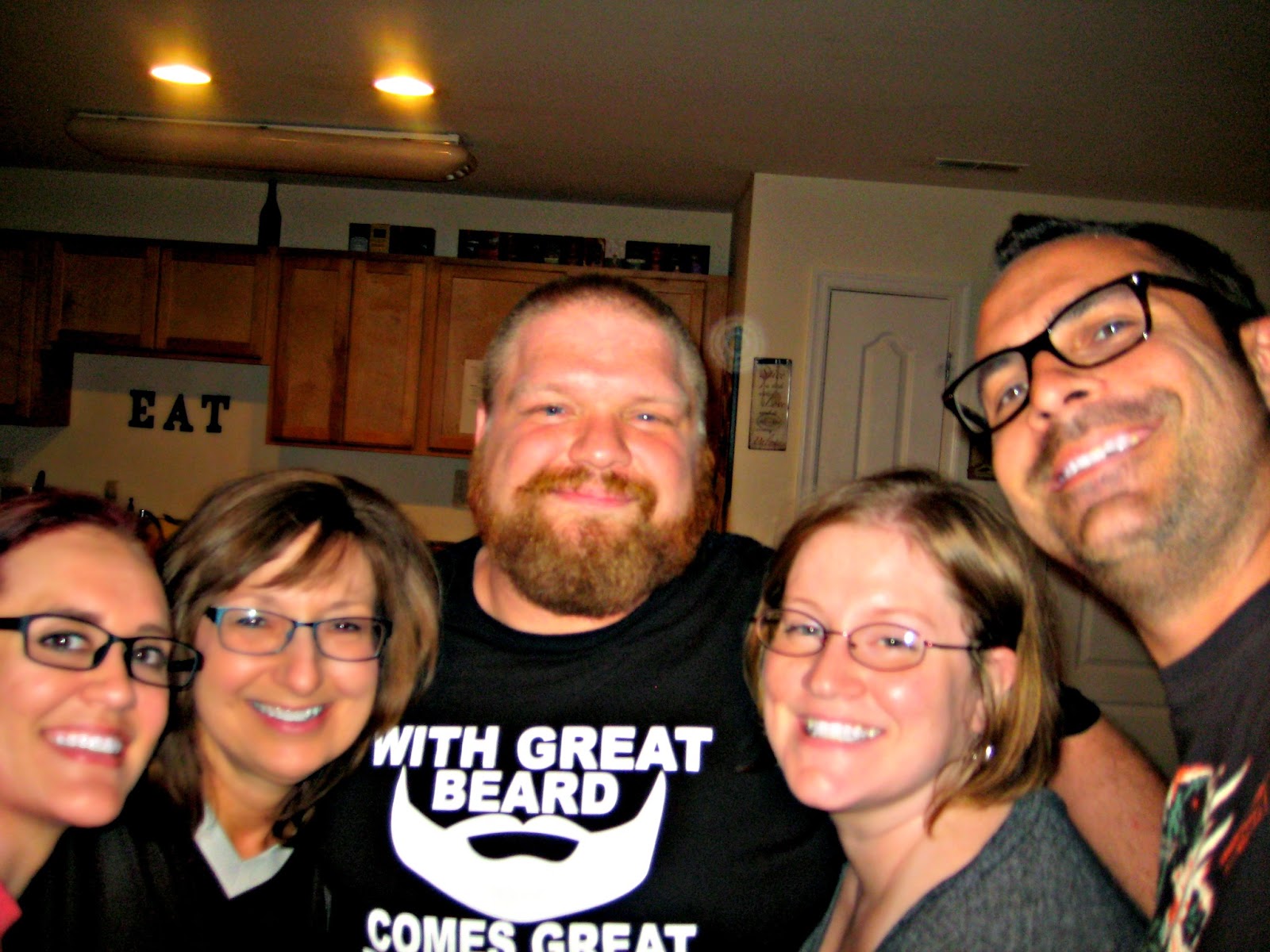 On August 31st Em and I had our third “family game night” and they seem to be going really, really well.  For our third night we had three other people join us.  Dave, Lydia, and Leigh all came over to eat delicious appetizers and have fun gaming.  This was the first time Dave met Leigh and Lydia and they all hit it off as we had a great night gaming!

Let’s start off with the food that Em served us this time.  While the last game night had a “theme” of Italian style appetizers, this time Em passed on a theme and just made some stuff that sounded good.  It ended up being a very “cheese-centric” night and as usual her food went off with a bang! 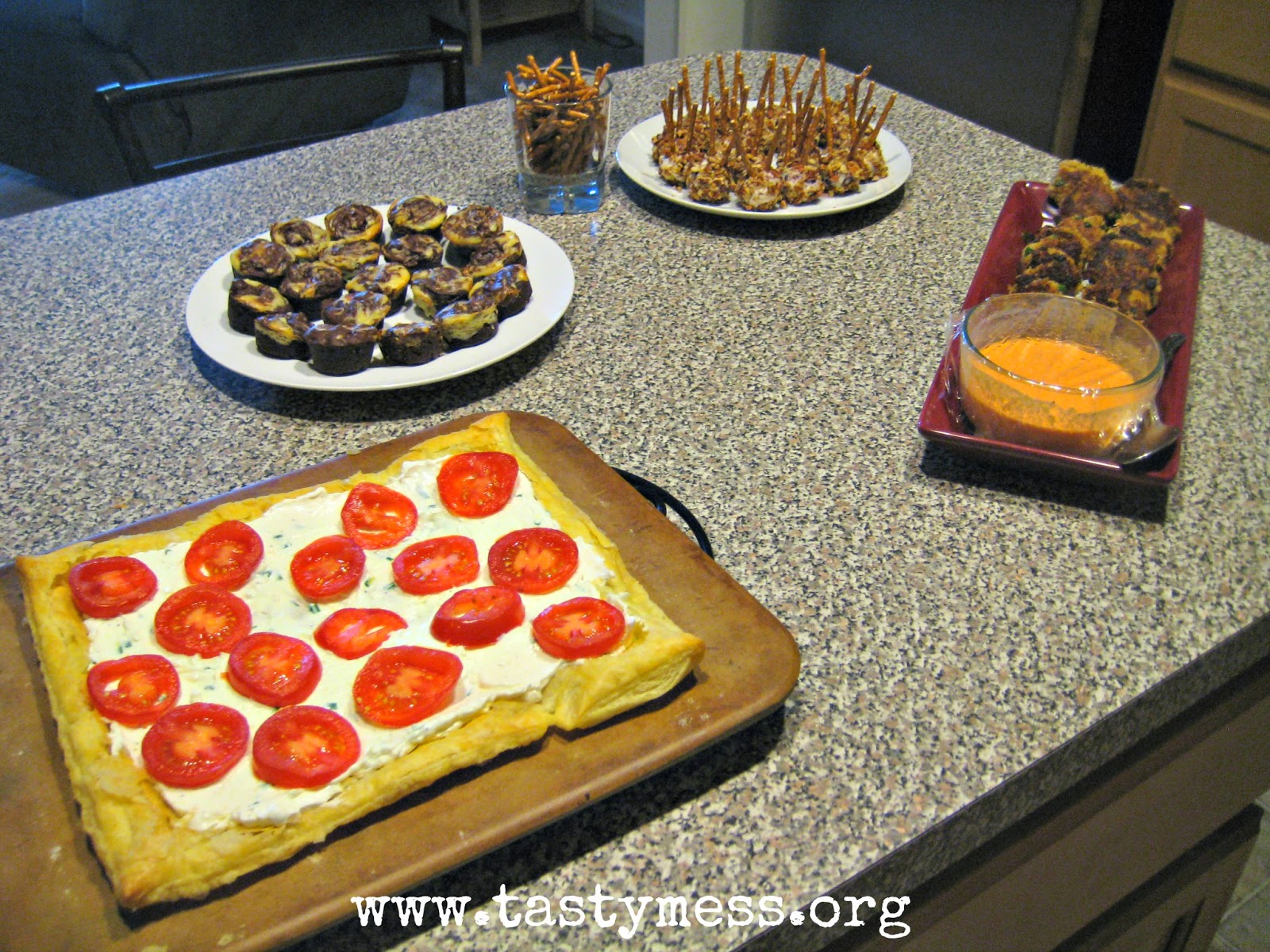 The first thing she chose to make for our third game night was a puff pastry tomato tart recipe that consisted of a puff pastry crust, sour cream, cream cheese, and tomatoes all baked in the oven.  The next recipe chosen were mini crab cakes with red pepper sauce.  These were as good as any crab cake you’d find in a restaurant!  The third savory appetizer Em went for were mini cheese ball bites with pretzels for serving.  Lastly, for a dessert appetizer, she chose to go with chocolate chip cheesecake swirl brownie bites.  By the end of the night I think we had finished off all of the appetizers before everyone left, that's how you know the cook is great!  If you are curious about the recipes, just hop over to Em’s blog, Tasty Mess.  You can find the post at http://www.tastymess.org/2014/09/family-game-night-2-aka-excuse-to-serve.html. 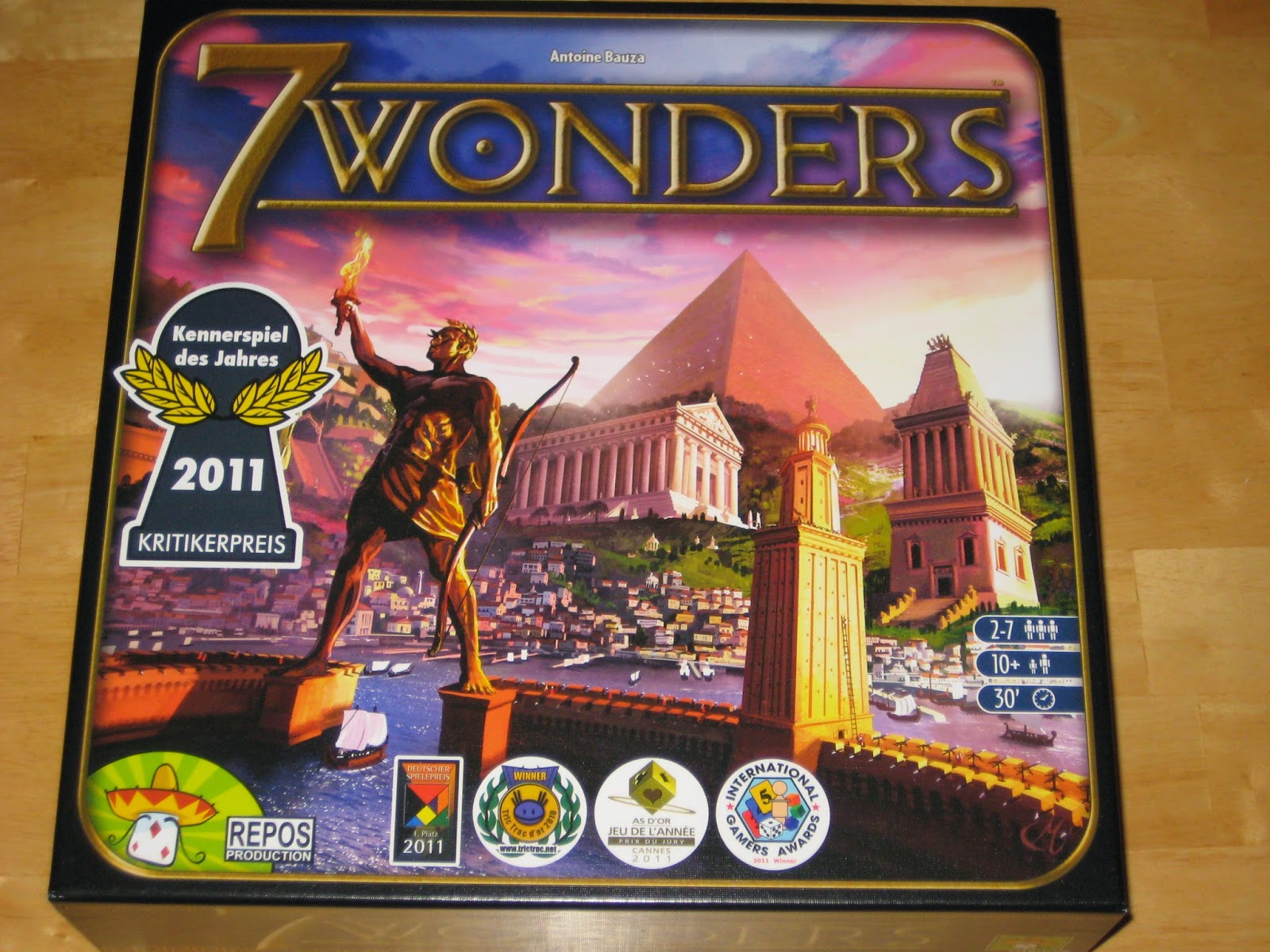 Onto the gaming!  This particular evening I chose to go with another game by Antoine Bauza entitled 7Wonders.  This may be his most popular work as it has been featured on Tabletop with Wil Wheaton.  7 Wonders is a fantastic “card-drafting” game where all of the players are trying to create their civilization and win the most victory points in doing so.  There are many different routes to victory including building civilian structures, science structures, military structures, guild structures, and your specific wonder.  Some of the wonders include the Babylonian Hanging Gardens, the Colossus of Rhodes, and the Pyramid at Giza just to name a few.  A player receives their starting hand of seven cards, chooses one they are able to build (using resources acquired), and then turns the rest of their hand over to the player to their left or right.  The game consists of three very quick ages and then you score at the end. 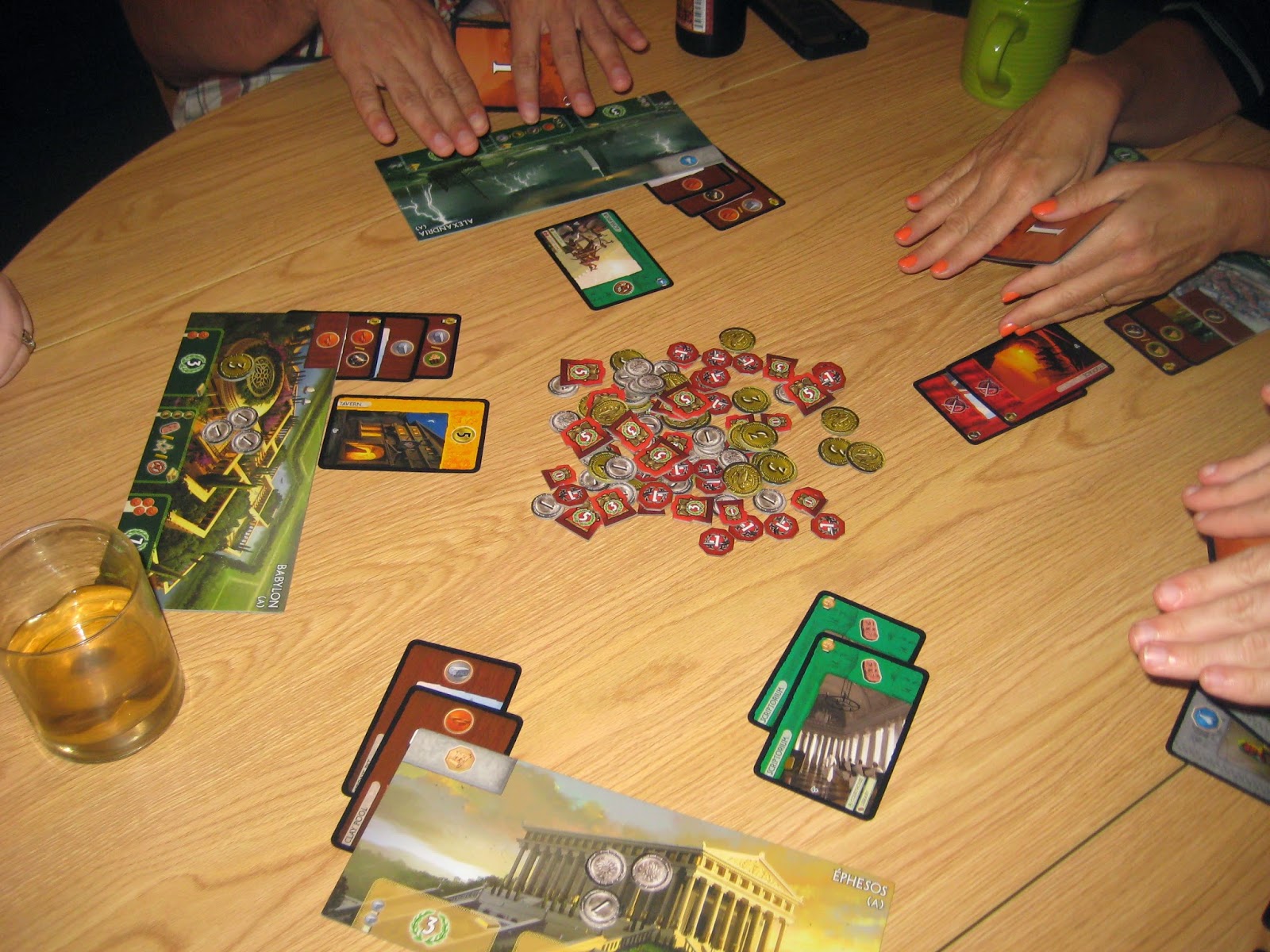 I had just received this game earlier in the week and decided that it was the game that we HAD to play as I’d heard nothing but great things about it!  I was SUPER happy that I went with this game as everyone had a blast playing!  It didn’t take long for everyone to pick the game up and by the second playthrough everyone had developed their own strategy for winning.  After three games, Em won one, Lydia won the second, and I won the third.  Dave came in second every time thus becoming our “bridesmaid” for the evening.  “Always the bridesmaid, never the bride...”

Another great night in the bag as Em and I are having a blast having these get-togethers!  I’m not sure what our next game will be but I have a few I’d like to break out.  As usual, I’ll let you know then!  Until next time, game on!