Now we’re trucking along!  This post will take a look at the games that hit my top 5 list of ones that came out in 2017 that I haven’t yet had an opportunity to play.  These games all look really interesting for one reason or another and I really want to get a chance to try them out.  Before I move into the list feel free to check out the previous three posts in my “End of 2017” series.

Alright, now that everyone is caught up let’s move on to the meat of the post.  These are my top 5 interests that I haven’t played from 2017.  Thanks so much for reading and I hope you enjoy! 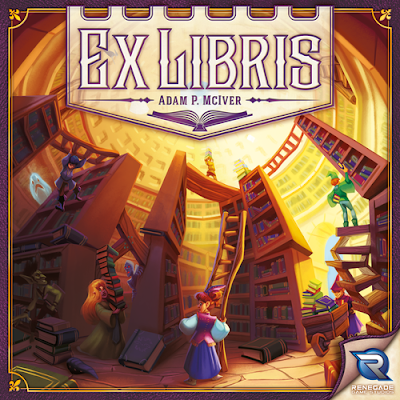 Ex Libris is a card game that takes place in a fantastic library.  The game is designed by Adam P.McIver and published by Renegade Game Studios.  The game uses card-drafting, set-collection and worker-placement as its primary gaming mechanisms while the players are creating their personal libraries. 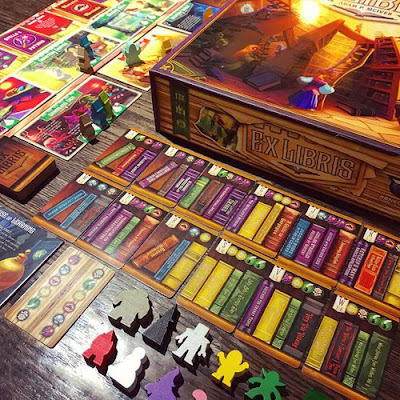 This competitive game finds the players taking on the role of a fantastic creature who is building up their personal library in order to impress the mayor and village counsel to take on the role of the prestigious Grand Librarian.  The players will each take a character (with custom meeple included!) and get a special power as they use worker-placement to gain different cards that will help them to create their library.  This game has one of the coolest themes I’ve seen and just seems to be different which I love.  The mechanisms seem to be solid and I love a good card-drafting/set-collection game so I’m very interested in trying this one out. 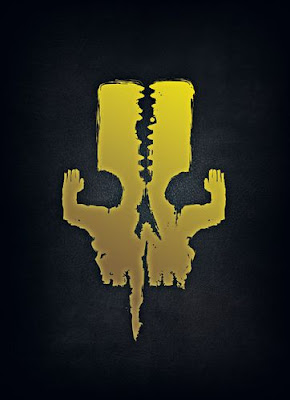 The 7th Continent is a card game that places players on the newly discovered seventh continent where they’ve been cursed.  The game is designed by Ludovic Roudy and Bruno Sautter and published by Serious Poulp.  This game uses hand-management, modular board layouts and storytelling as its primary gaming mechanisms while the players are attempting to survive the dangers of the new land. 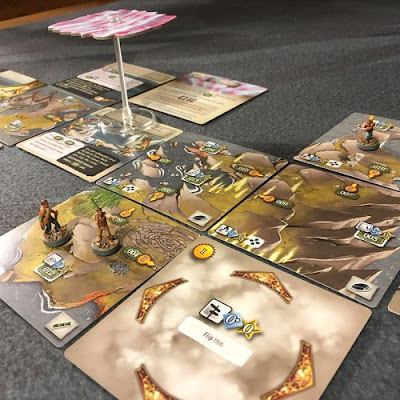 This co-operative experience finds the players taking on the role of an explorer as they are returning to the seventh continent in order to find a way to lift the curse that has befallen them on their prior visit.  The cool part of this game is how the island builds up and how the players must control their deck of cards which also equals their life.  If the deck ever runs out the players will lose and die on the island.  However, the players can explore different parts of the island and find their way to an answer for the curse that has wrecked havoc on their lives and thus win the game.  I’m very excited to try this one out although I’ve been shy on pulling the trigger on the Kickstarter projects due to what I find to be a high price for a box of cards.  In the end it’s all about the gameplay so I’d love to try it out! 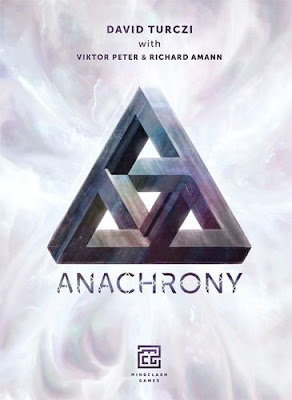 Anachrony is a boardgame that places players in a post-apocalyptic world that is about to be hit by a comet and make things even worse!  The game is designed by Richard Amann, Viktor Peter and Dávid Turczi and published by Mindclash Games.  This game uses worker-placement, variable player powers and an action point allowance system as its primary game mechanisms while the players are attempting to survive the coming apocalypse. 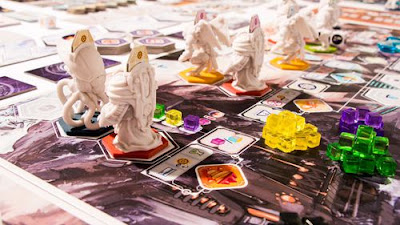 This competitive game has the players take on the role of the leader of a specific faction who has their own goals/agendas within the game’s systems.  The players will use their workers in a two-tier system where they can use their own buildings and places within the city or place those workers in exosuits and travel out into the wasteland to harvest/find resources.  The players may use a clever “loan” system that plays out like they are gaining resources from the future in order to survive the coming cataclysm.  However, the players must “payback” the resource before too long or they may create anomalies in the time line.  I love the theme of this game and adore worker placement.  The art is amazing the production is fantastically done which puts this game on my top 5 interests list at number three! 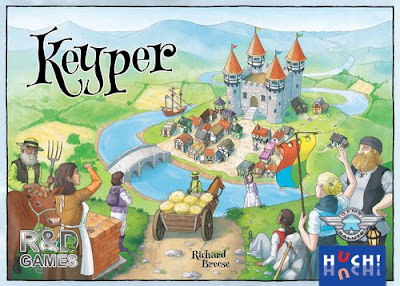 Keyper is a boardgame set in the same world as Keyflower and Key Market.  This game is also designed by Richard Breese and released by HUCH! and R&D Games.  The game uses worker-placment, set-collection and tile/board placement while the players build their villages. 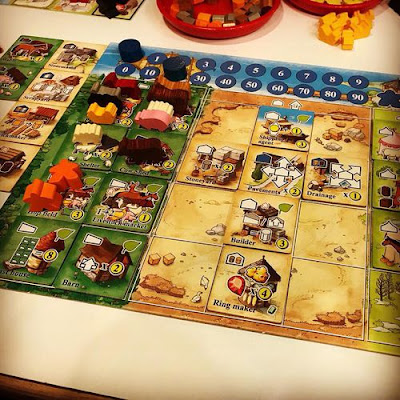 This competitive game has players building up their particular village in order to score the most points possible.  The players will use their different meeples (Keyples) which stand in for different jobs in the village to get different resources.  The players will get to draft some building tiles and place them on their personal village boards which will give them different spaces to place their Keyples.  The place where this game has really piqued my interest is in the country boards.  These are made so that they flip to different mixtures of the squares depending on what season it is.  I’ve had my eye on this game since it hit Kickstarter last year and I’m really excited to try it out! 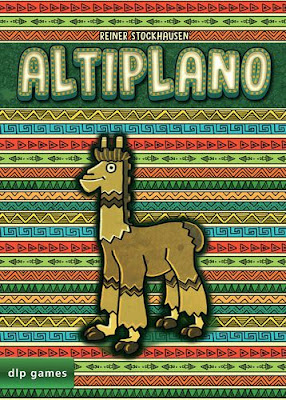 Altiplano is a bag-building game set in the South American highlands of the Andes.  The game is designed by Reiner Stockhausen and published by dlp games and Renegade Game Studios.  The game uses bag-building, action-point allowance system and variable player powers as its primary gaming mechanisms as the players attempt to turn lower priced goods into higher priced ones for point scoring. 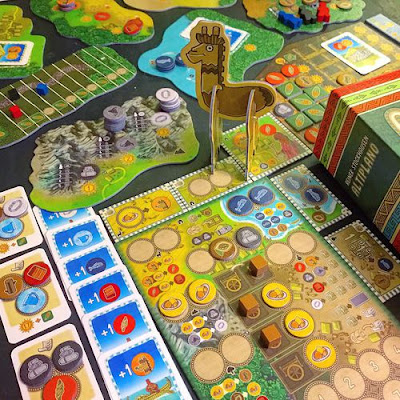 This competitive game has the players building up their bag of resources so that they are able to turn them into higher scoring resources.  The players start off with a few resources and can use them in different boards to convert them.  The players will also look to get silver and different lands that they can also use.  This game has been on my radar for some time as I am very intrigued by the idea of a bag-builder along with the engine building and this looks like the best version of those ideas.  I am really looking forward to when this game is released and can’t wait to try it out!


Alright, there you have it!  These are my top 5 game interests from 2017.  While I haven’t yet had the chance to play these particular games I’d love to get the chance in the near future!  Keep on watching the blog as I’m about to move into my top game interests from 2018.  These are all games that I’m interested in that haven’t come out yet this year or ones that I haven’t yet gotten a chance to play.  Thanks so much for reading and I hope you enjoyed.  Until next time, game on!

Email ThisBlogThis!Share to TwitterShare to FacebookShare to Pinterest
Labels: boardgamegeek, boardgames, End of 2017