Woot!  Two posts down and four (I think) left in my Gen Con 2016 series!  This post will focus on games that should specifically be available at this year’s Gen Con.  This particular post will tackle my honorable mentions.  These are the games that just missed the top 10 (which will be coming in the next couple of days) but I feel still warrant a mention.  I am excited to start this list…but before we head there…feel free to click on the links below to check out the previous two posts if you haven’t read them yet.  The first is about my top 5 expansions of the con and the second is about my top 5 reprints/re-implementations.

Alright, with the housekeeping out of the way it’s time to move on to my list of honorable mentions that are debuting at Gen Con 2016.  These games just missed my top 10 but that in no way precludes them from being good releases.  Continue reading and find out what I’m excited for!

The first game to make its way onto my honorable mentions list is Arcane Academy.  This game is designed by Eric M. Lang and Kevin Wilson and is published by IDW Games.  Arcane Academy is a drafting and tile placement game where you take on the role of a young wizard/witch and duke it out with other spellcasters in order to win prestige.  You are able to gain this prestige by linking tiles to create powerful arcane items and wield the elemental energies.  This appears to be an easy-to-teach game with a fairly quick playtime and is created by two very talented designers.  For these reasons Arcane Academy spells its way onto my honorable mentions list. 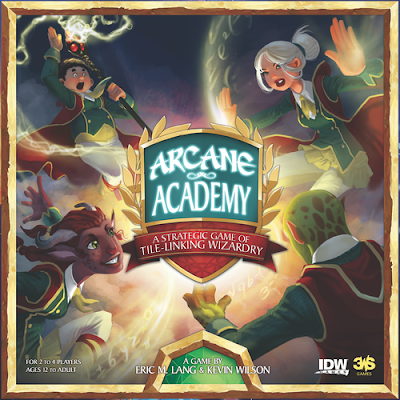 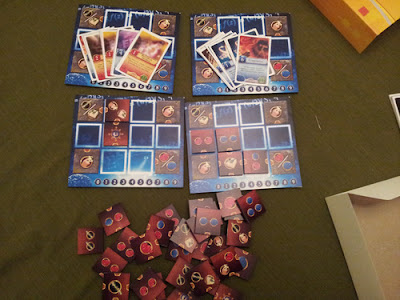 The next game to wheedle its way onto the honorable mentions is Order of the Gilded Compass.  This game is designed by Jeffrey D. Allers and Bernd Eisenstein and is published by Grey Fox Games.  Order of the Gilded Compass is a dice-placement, area-control, adventure game that puts you in the role of a treasure hunter scouring the globe for archeological finds and amazing treasures in order to get an invitation to the The Order of the Gilded Compass.  You start with a random/variable set up where you are able to use your dice as archeologists to help you dig up these treasures.  This game has a fun theme and I really like the dice-placement mechanism and for these reasons this game makes my honorable mentions for Gen Con 2016. 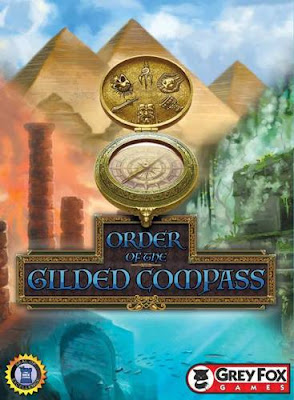 The third game to get a shout-out on this list is LondonDread.  This game is designed by Asger Johansen and is published by Grey Fox Games giving them their second game on this list!  London Dread is a co-operative, real-time, murder mystery that puts players in the role of investigators as they are roaming the streets of Victorian London in order to uncover clues, plots, and machinations on their way to a story specific finale.  The game is split into two chapters where the players are involved in a timed phase and then a resolution phase.  During the timed phase the players will each take turns playing on different parts of the board to conquer obstacles and plots and then during the resolution phase the players will resolve their decisions.  London Dread appears to be a very good co-operative game where each player must truly work together in order to win.  This appears to be fun and tense and thus makes it onto the honorable mentions list. 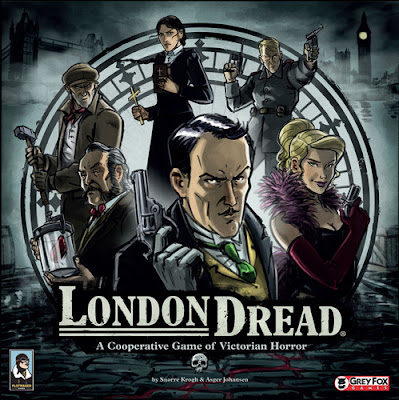 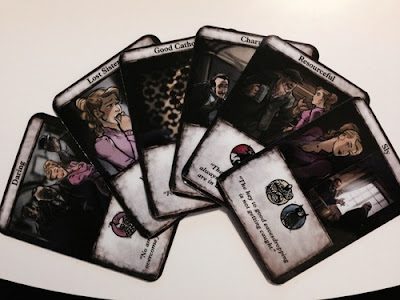 The fourth game, and thus just missing my top honorable mention, is Fight for Olympus.  This game is designed by Matthias Cramer and is published by Lookout Games and MayfairGames.  Fight for Olympus is a two-player, hand management, battle-for-control game where you pit soldiers, demi-gods and titans against each other in order to win the battle for Olympus.  This game seems to take a nod from Battle Line (Schotten-Totten) by Reiner Knizia where you are playing cards into a line and attempting to get the upper hand in each area.  This game uses a mechanism that I love in games and that is where you use your cards to play for other cards, à la Race for the Galaxy.  You are able to play as many cards on a turn as long as you are able to pay for them and then use their military might against your opponent.  You are trying to either win by swaying the pendulum of strength to seven points in your favor or to have all six slots on your side of the board filled with cards.  Em and I love Cramer’s Kraftwagen enough that it is making us look at his designs very closely and thus this game just misses the top 10. 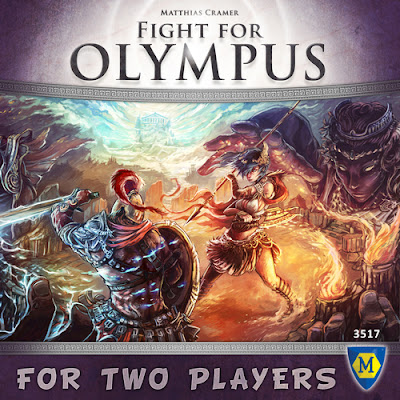 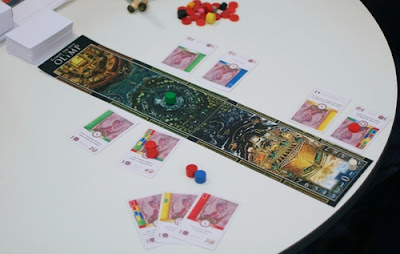 This final game, and thus the one that just barely missed the top 10 list, is Oceanos.  This game is designed by the incredible Antoine Bauza and is published by IELLO.  Oceanos is a card-drafting, set-collection, nautically-themed game where you are a captain of a submarine adventuring under water.  You use card-drafting in order to explore and find the most species and the longest coral reef and then send out scuba divers in an attempt to gain treasures.  You are also able to upgrade your ship which will help you avoid the kraken.  The fact that it is Antoine Bauza is just icing on the cake along with the production/art of IELLO.  These make this my top honorable mention of the list! 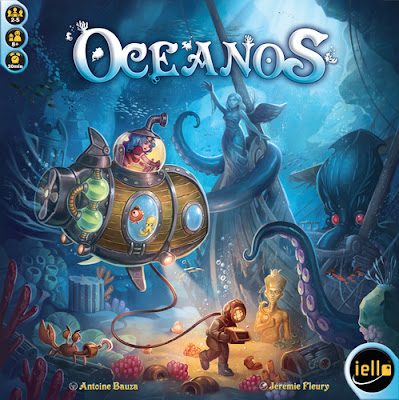 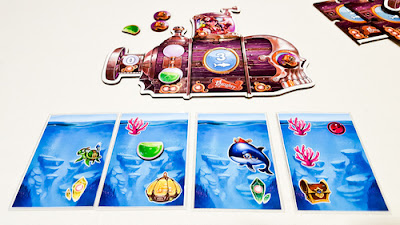 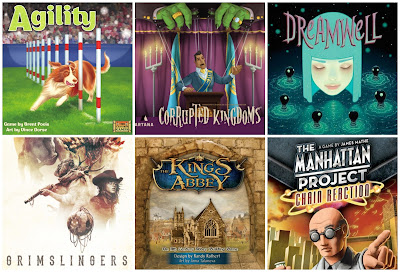 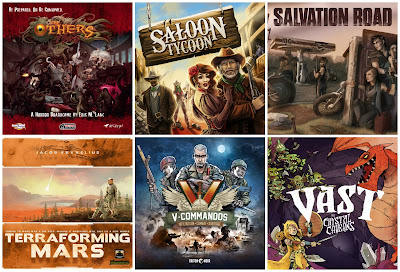 There we have it!  These are my honorable mentions coming up at this year’s Gen Con.  Stay tuned to the blog in the next couple of days as I’m going to be listing my top 10 releases coming out!  Some of these games are going to be insta-buys for me and so many of them are incredibly interesting!  As always, any questions or comments feel free to post below.  Until next time, game on!