Hey all, we’re back with a new three part series focusing on the upcoming Origins Game Fair 2017.  This year it seems as though there may be even more attendees than last year as the convention continues to grow.  This year there are some good looking games coming out and some of them could end up in our collection at some point in the future.  This post will focus on games 6-10 of my top 10 interests.  The next post will focus on games 1-5 while the final will tackle my top 5 games that are being demoed but not released.  Well, that enough preamble, let’s move on to the games! 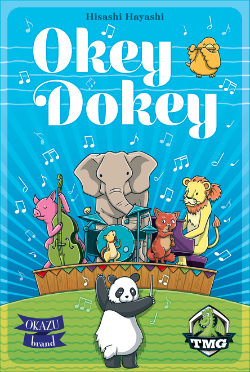 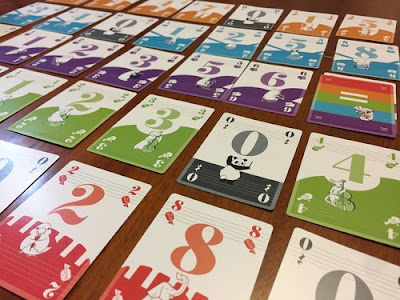 Okey Dokey is a co-operative, hand-management designed by the fabulous Hisashi Hayashi and released by OKAZU Brand and Tasty Minstrel Games.  This game has the players taking a hand of cards and cooperatively trying to place all 50 of the cards into rows and columns which represent different performers in an orchestra.  I love the cute art and the idea that the players can give slight hints but nothing overt and are working together to try and complete the puzzle.  I’ve always loved these small card games with clever mechanisms and this looks to be of the same ilk. 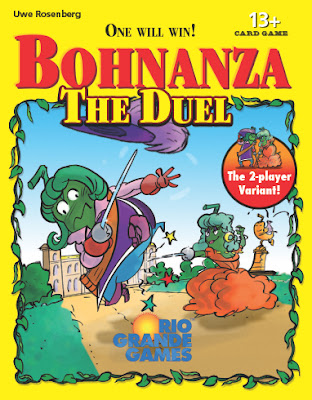 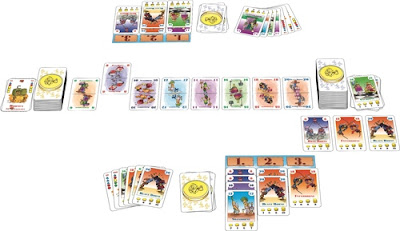 Bohnanza: The Duel is a hand-management, economic card game designed by the great Uwe Rosenberg and released by AMIGO Spiel and Rio Grande Games.  This game is a two-player only version of its big brother, Bohnanza.  The game takes some of the general ideas and rules of Bohnanza and creates a different variant which seems to work better for the two-player game.  This game doesn’t have players trading with each other but rather gifting each other beans which the other player can either take or choose to gift something back instead.  I love the idea of the back and forth and being able to plant different beans on the fields in order to use them but they’ll give you fewer points.  Bring on more Uwe!

#8 – The Fox in the Forest (Renegade Game Studios/Foxtrot Games) 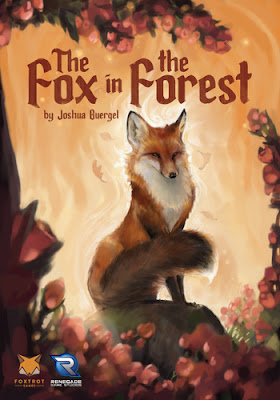 The Fox in the Forest is a two-player only, trick-taking game designed by Joshua Buergel and released by Renegade Game Studios and Foxtrot Games.  There isn’t a ton of information about this game as of yet but from what I’ve gleaned it is a variant of different trick-taking games that makes the two-player version more palatable.  Most trick-taking games don’t work that well with only two players so I’m really interested in how this one is since it was designed from the ground up as a two-player game.  The game contains normal ranked and suited cards which you’ll use to win tricks but you can also use different fairy characters such as a witch or a fox in order to change the trump, lead when you lost the hand and more.  Apparently you can’t be too greedy however or you’ll lose!  I am intrigued enough for it to make my top 10 interests of the convention. 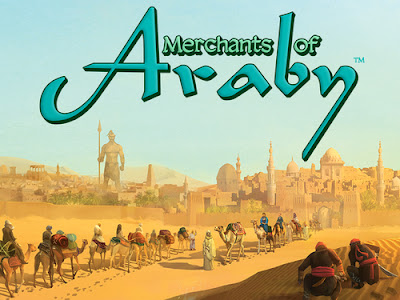 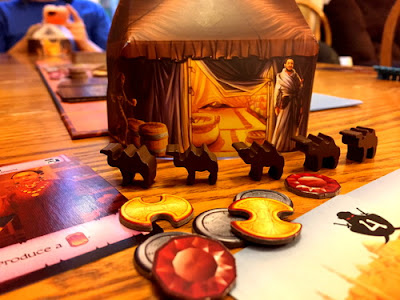 Merchants of Araby is a hand-management, worker-placement, and economic game designed by Jay Treat and released by Daily Magic Games.  This game has 2-5 players taking on the role of a prince or princess in Araby who is attempting to become the wealthiest in the land.  Players will do this using a bunch of mechanisms such as hand-management, worker-placement and trading in order to gain the most coins by the end of the game.  Each player will be tasking their merchants to generate products, starting a caravan in order to sell their products and negotiating with your opponents in order to trade goods.  I have been impressed with Daily Magic Games and at least take a close look at everything they do by this point.  I’m looking forward to this game, I think it looks like quite an interesting hand-management game.

#6 – Witches of the Revolution (Atlas Games) 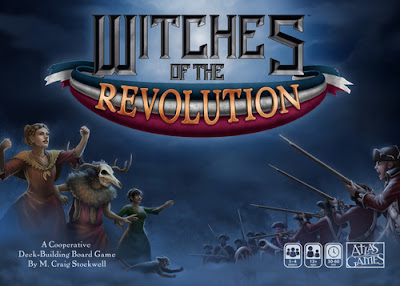 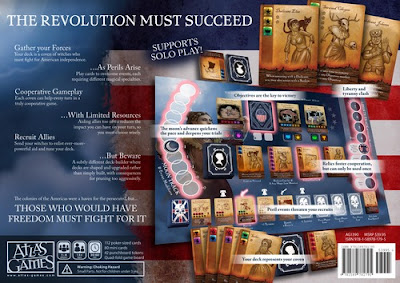 Witches of the Revolution is a co-operative, deck-building game designed by Craig Stockwell and released by Atlas Games.  I will admit that much of my interest in this game is based on the very cool theme.  This is an alternate history game where the players co-operatively lead a coven of witches who are determined to keep the nation from sinking into a place of tyranny.  Each player will build their decks in order to recruit allies, use powerful relics, defeat dangerous events and fulfill four key events before the time runs out.  I think this looks like an interesting play on the deck-building trope and hope that it plays as well and it looks!


Well, there you have it, games 6-10 on my top 10 interests for purchase at Origins Game Fair 2017.  Keep an eye out as my next post will be up soon and take on games 1-5.  Thanks so much for reading and I hope you enjoyed!  Until next time, game on!