Hey everyone, I’m back with the second post in my “End of 2015” series.  This one is going to focus on my “awards” for 2015.  This can be considered a pretty tongue-in-cheek award post due to the fact that I haven’t played even close to all of the games that were released in 2015.  This means that I can’t truly state what the overall best is, but I can make my assumptions and conjectures on these releases. 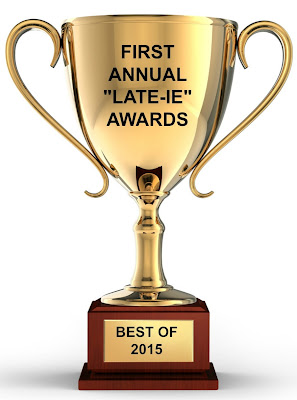 Most of these categories are easy to decide even without having played them since most have to do with art and design rather that what is the best card game and such.  Before moving on to the awards, if you haven’t had a chance, check out my last post and the first of the series.  It is a simple post that focuses on my (and my wife Em) gameplay statistics from 2015.  It was an interesting exercise and really made me look at my games in a new light.  Just click the link below and enjoy!

Alright, with the entire preamble out of the way, let’s move on to the main event.  Thanks for reading and enjoy the first annual “Late-ies” Awards! 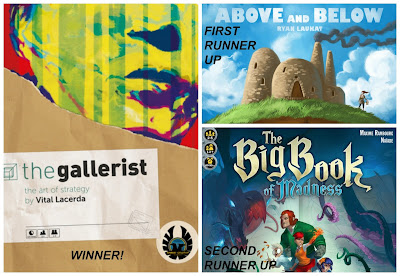 This category was kind of a no-brainer for me.  The overall art in The Gallerist is amazing.  Ian O’Toole did a great job with the art of the game as well as gathering the different artist’s work for the works of art.  I love what they did with this game and it was impossible for me not to give it to this beautiful game.

This was a tough category for me.  I love card art and there are so many awesome artists and games with amazing card art that it was very difficult to choose.  I ended up going with the art in Ashes as it is right up my alley.  Fernanda Suarez is an amazing artist and I love absolutely everything she’s done in this game.  I can’t wait to see what she does with the expansions this year!

Bretagne took home the “Late-ie” for the best board art.  I absolutely love the look of this board with its simple layout but beautiful looking towns and lighthouses.  It is a great example of what I love in a board with its careful balance of beauty and simplicity. 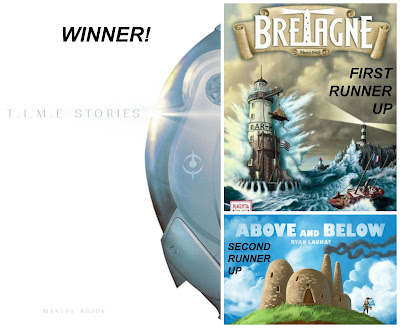 The winner in this category was another no-brainer for my personal tastes.  I saw the box cover for T.I.M.E. Stories and I thought it was absolutely amazing.  The stark white box with the machine on the right side was just so perfectly done.  I love it! 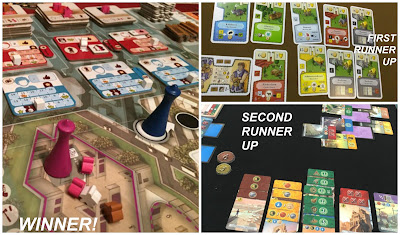 Again, The Gallerist was beautifully designed and the board/card/component graphic design is absolutely perfect.  Ian O’Toole did an absolutely amazing job and I hope this just gets him even more jobs for his amazing work! 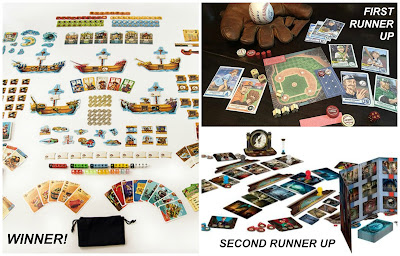 This was a very difficult category.  There were so many great games that could have taken this category and so many more that could have been runners up.  In the end the “toy-like” components in Rattle, Battle, Grab the Loot won it the “Late-ie” for Best Components.

This was another tough category for me.  These days there are so many great miniature games being put out that it is tough to decipher the best of the bunch.  That being said, the incredibly clever tilt system of the birds in Tail Feathers is what won the day.  Awesome sculpts and clever design give Tail Feathers the “Late-ie” for Best Miniatures. 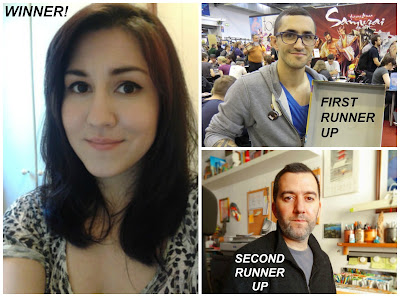 Congratulations to Fernanda Suarez, the winner of the “Late-ie” for Best Artist of 2015.  She only had art in one game in 2015, but the art in that one game was absolutely amazing.  For a game the size of Ashes: Rise of the Phoenixborn there are usually multiple artists, but she did it all herself.  I think that Plaid Hat Games has a winner in this talented artist and she is only going to get better! 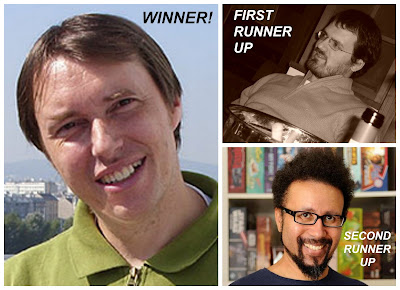 Alexander Pfister was my choice for the “Late-ie” for Best Designer of 2015.  He released four gems this past year and is on fire right now as a designer.  I am really looking forward to seeing what he does in the future as it looks really bright for him!

I don’t think that there is any getting around this award.  The “Late-ie” for Best Publisher of 2015 has to go to Z-Man Games. They now have the number one ranked game on BoardGameGeek with Pandemic Legacy: Season 1 and it alone would win it this award.  However, they also had many other fantastic releases this year.  Congratulations to Z-Man Games for their fantastic year in 2015! 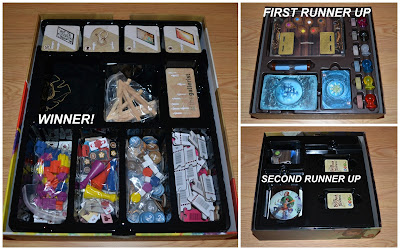 This wasn’t even close.  The Gallerist’s insert is absolutely amazing and it was created that way!  Eagle-Gryphon Games did an amazing job.  This insert is what all inserts should strive to be.  Everything has a place and it is then held in place by a clear cover.  I can’t gush enough over this insert…it was love at first sight! 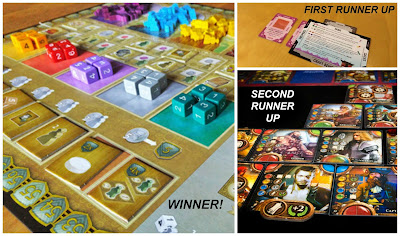 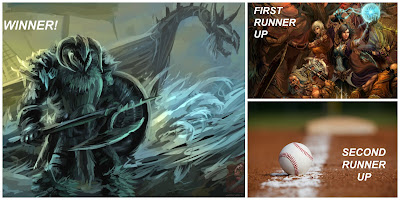 I don’t think this was a very close race.  Vikings seem to be the hot thing right now so they took the “Late-ie” for Best General Game Theme.  There are a bunch of Viking themed games slated for this year as well so who knows, it may end up winning next year as well! 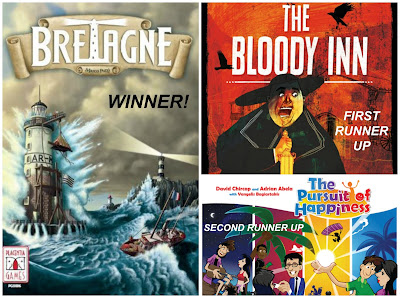 The “Late-ie” for Best Specific Game Theme goes to Bretagne.  I chose this because I think lighthouses are fascinating and I love that Marco Pozzi made a very cool worker placement game about the building of lighthouses in Bretagne.  Great choice in theme Marco! 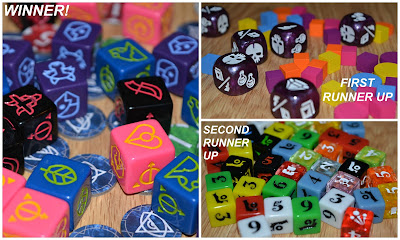 The “Late-ie” for Best Dice was another easy choice for me.  I had to go with the absolutely gorgeous dice from Ashes: Rise of the Phoenixborn.  They are colorful, hefty, and have very cool icons on them.  These are what all dice should strive to be like. 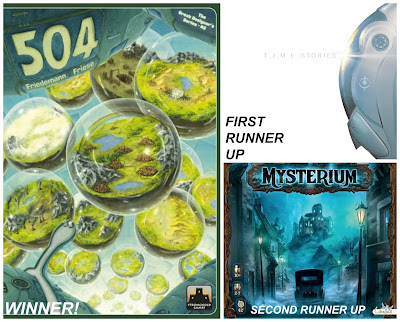 This was a tough one, but in the end I think the fact the Friedmann Friese was able to take nine different game mechanics and able to mix them to form 504 different games is innovation defined.  I am aware that these mechanics in themselves aren’t innovative, but the fact that there are this many different games/modules in one box and they fit together is brilliant in its own right.  Congrats to 504 for winning the “Late-ie” for Best innovation! 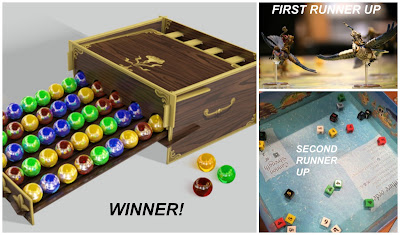 The “Late-ie” for the Best “Gimmick” goes to Potion Explosion for its marble dispenser.  This thing is just too cool!  It is a dispenser where you place the marbles and it creates something to gives the idea of phone app games like Bejeweled or Candy Crush.  You will pull the marbles and they will roll down and create chains that you can use to take multiple marbles.  This is a very cool idea and it is a game I will get when it is released in the United States by Cool Mini or Not later this year.

Well, there you have it!  This is the completion of the first annual “Late-ie” Awards.  Thanks so much for taking the time to read my awards post.  I hope you enjoyed it!  As always, feel free to leave comments.  I would love to hear what your “best of” the year category winners would be.  My next post will probably start my games that I look forward to playing from 2015 that I haven’t yet been able to try.  Come on back for more!  Until then, game on!

Email ThisBlogThis!Share to TwitterShare to FacebookShare to Pinterest
Labels: Late-ies 2015