And here we are at the final post (probably) in my Essen Spiel 2015 series.  Tomorrow will be the first day of Essen and I can’t wait to see the live feeds coming from the BoardGameGeek crew!  They set up a booth every year and do some short live demos of the new games coming out at the convention.  They are set up through Livestream and I hope to be able to watch a decent amount of their feed this year to see all of the sweet games that are coming out.  That having been said, if you haven’t had a chance then feel free to check out my previous four posts in the Essen series.  You can check out these post at the links below:

Thanks for checking out those previous posts.  This will most likely be the final post in the Essen series (unless something else jumps out at me!) so sit back, relax and take a look at my top 5 games being released at this year’s convention. 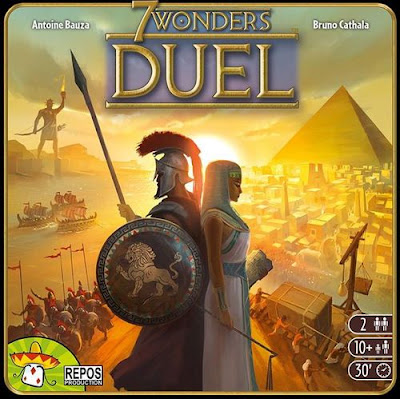 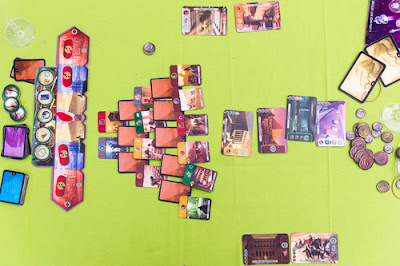 7 Wonders: Duel is a card drafting, set collecting, civilization building game designed by Antoine Bauza and Bruno Cathala and will be released by Repos Production.  Many of you have probably heard of (played and loved!) 7 Wonders.  This game is the two-player version that was created from the ground up by the original designer Antoine Bauza and his co-designer Bruno Cathala.  This game uses a card drafting system in order to gain cards which are placed in the player’s tableau and will score then and/or help them in some way during play.  This game looks absolutely amazing.  It takes many of the ideas and graphic concepts of 7 Wonders but it uses slightly different ideas to bring these ideas to fruition.  My wife and I love 7 Wonders but never got into the 2-player variant as it seemed a little too fiddly for our tastes.  This looks like it will give the same feel of its big brother while being just as fun (if not more so!) to play. 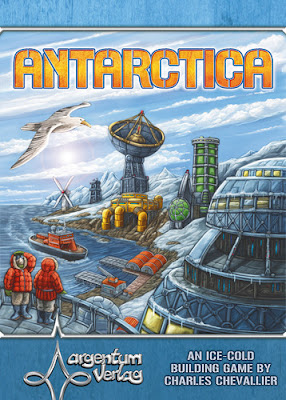 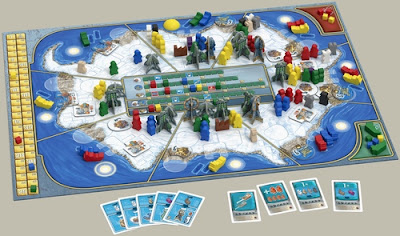 Antarctica is an area movement and control game designed by Charles Chevallier and will be released at this year’s Essen by ArgentumVerlag.  In this game you are a researcher down in Antarctica.  This game is set many years in the future and ours is looking grim as global warming has caused mankind to send people down to the last continent in order to further research.  This game has an interesting mechanic where you can’t do certain actions until the sun comes around and warms up the area so you can move your ship and have your researchers do other actions.  This is a beautiful game and looks like it will be quite fun. 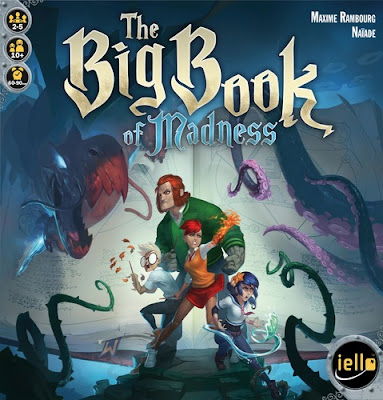 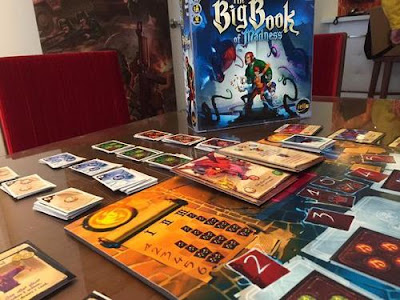 Big Book of Madness is a co-operative, deck building, fantasy card game designed by Maxime Rambourg and will be released by Iello.  This game finds the player taking the role of a student who is in their first year at a magical school.  They have been told not to open up a certain book which ends up being a grimoire prison!  Of course, being that they are young students, they open up the grimoire and these housed monsters start to come out of the book.  You will use your deck in order to cast spells and help your fellow players defeat these monsters.  All the while different events will come out that you need to pass before getting these monsters back in the book.  This game also has amazing art by Naiade so there is another plus for it.  I already have this game on pre-order and can’t wait for it to hit my door! 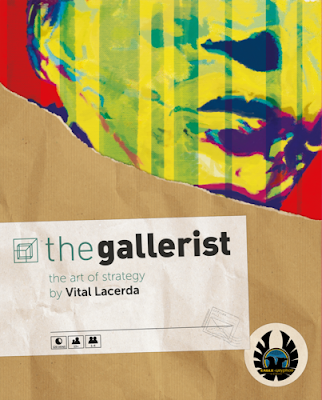 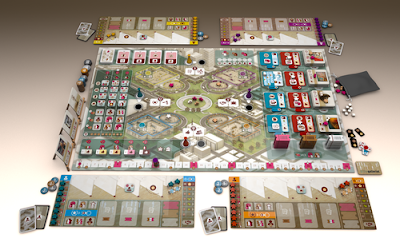 The Gallerist is a worker placement, commodity speculation, set collection game designed by Vital Lacerda and will be released by Eagle-Gryphon Games.  This game was originally on Kickstarter and funded with quite a few people buying into the game.  I wasn’t sold on this game at first but the more I looked into it the more I liked it.  This game finds the players using their workers in order to discover artists, help them become more well known, sell works of art, find works of art, and getting visitors into your art gallery.  The artwork and the gameplay in The Gallerist both look amazing.  Lacerda is well known as a great designer who just keeps getting better with hits like CO2, Kanban, and Vinhos.  This looks like an even more accessible and fun game.  This will probably be a Christmas purchase this year and I can’t wait to see this beautiful game in person! 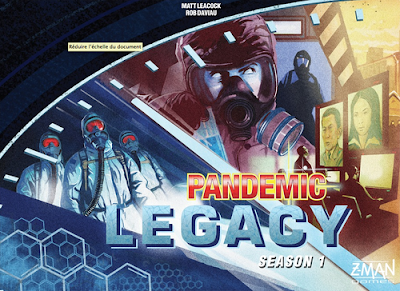 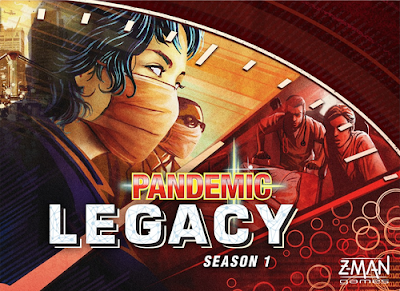 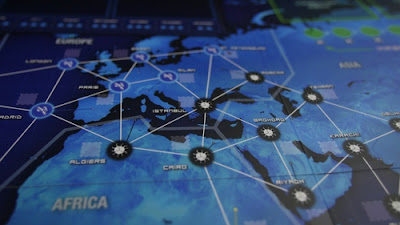 Pandemic Legacy is a co-operative, hand management, set collection, legacy-style game designed by Matt Leacock and Rob Daviau and will be released by Z-Man Games.  This has been my most anticipated game for some time.  I have been interested in Pandemic for a long time but for some reason have never pulled the trigger.  When I heard that Pandemic Legacy was a thing, I got super giddy!  The legacy style of game is starting to creep into our boardgaming hobby and I think it is nothing but a great thing!  I love the idea of persistence in a game.  The decisions that we make now will affect us five games down the line.  This is a story game where we, as players, get to decide where we take the game with our actions and that is just exciting!  I can’t wait for this game as it will be a definite Christmas purchase.

There you have it.  These are game 1-5 on my top 10 Essen Spiel 2015 list.  This year’s convention appears as though it will be a blast and I really can’t wait till we start to see photos and videos on the proceedings.  If you think these games look good, let me know.  If you think there are more worthy games in my top 5 from Essen, just let me know.  And of course, any questions or comments just let me know!  Until next time, game on!