Obligatory “What I Played In…” Post Part XXXVIII: August 2018

Hey everyone, I’m back with this month’s games played!  This past month was quite a good month as I was able to go to Gen Con 2018 for a couple of days and thus able to pick up more stuff that I was interested in!  I was able to get in 78 plays of 28 different games and it was awesome!  Before we move on feel free to check out my 25x5 challenge post.

Okay, welcome back.  Now it’s time to head on to the main part of my post.  These are the different games that I had a chance to play during the month of August which included Gen Con!  Thanks for taking the time to read and I hope you enjoy! 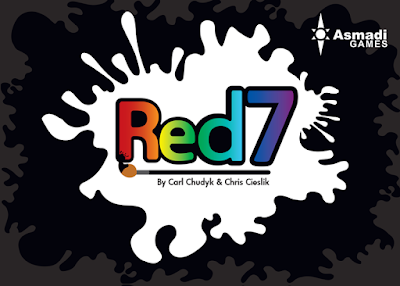 It had been a while since I’d last played this card game gem so I brought it with me and taught Steph how to plays.  We were able to get in a bunch of plays and she really enjoyed it so I figured I’ll bring it again! 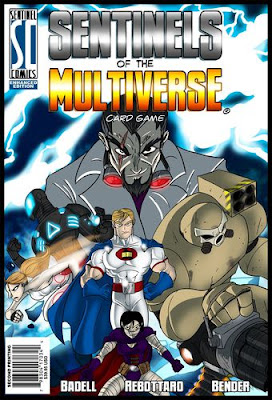 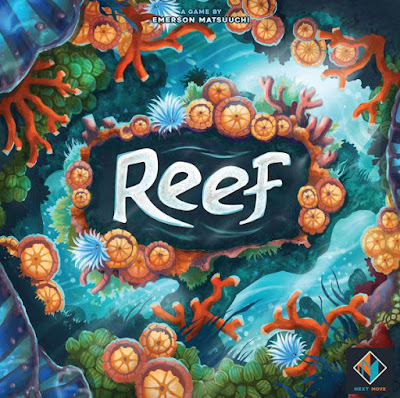 This is one of the games that I picked up at Gen Con this year.  We were able to play it with a bunch of different people and play counts and I’m happy to say that I really like the game at all different counts.  This company so far has done a great job and can’t wait to see what they do next! 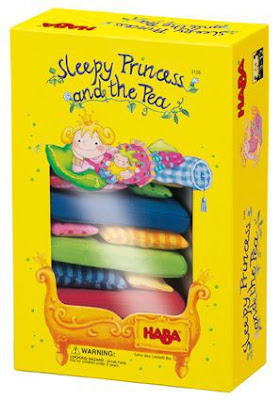 Em had me pick this kids game from HABA while it was at Gen Con for our daughter.  We have played it a couple of times with her and she seems to enjoy it while her focus is actually on it.  I am still curious to see if she’ll grow into gamers like her mother and father or not so much!  Only time will tell. 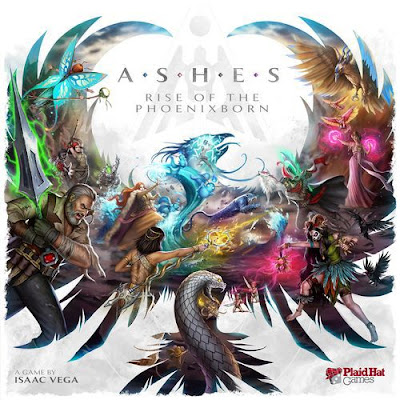 While I was at Gen Con this year I was able to pick up the remaining four decks that we didn’t have yet and they just add some more replayability and awesome characters to the game.  I will always pick up the new decks for this game! 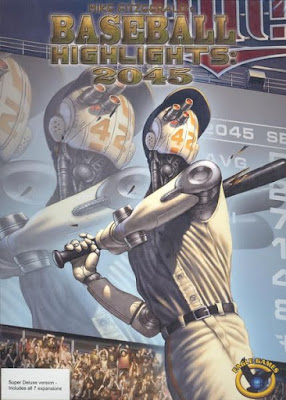 Em and I pulled this wonderful card game out this past month and played a couple rounds of it.  I was able to win the first one while she took over and beat me in the second series.  This is such a great game and I always enjoy playing it! 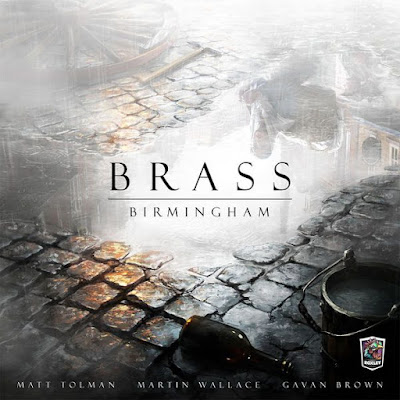 Josh picked this and Brass: Lancashire up from a Kickstarter by Roxley.  He and I learned the game and then we were able to play a round with Jeff a week later.  This game is absolutely amazing and I love the way you select your actions via cards.  I will always play this one and wouldn’t mind picking up a copy for myself! 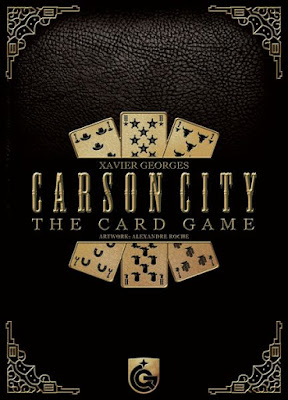 I was able to get in a demo of this fun little card game at Gen Con and immediately picked up a copy as it was pretty cheap and actually a lot of fun.  Later in the month I was able to teach Josh and Jeff how to play and I quite enjoy the auction style draft along with the tile placement. 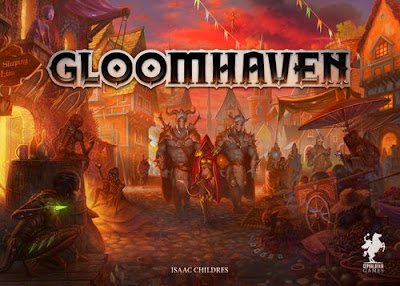 We were actually able to get in two plays of our campaign this past month which was really awesome!  I love the nights that Em, Josh, Dustin and myself are able to get together to troll through some dungeons, pick up loot and just have a fun time doing it! 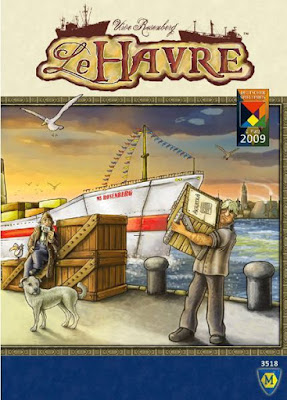 This was an Uwe game that I had never played before and I loved every minute of it.  This could possibly move up in my favorite Rosenberg games of all time.  I look forward to any plays I will get of this in the future and actually wanna play right now! 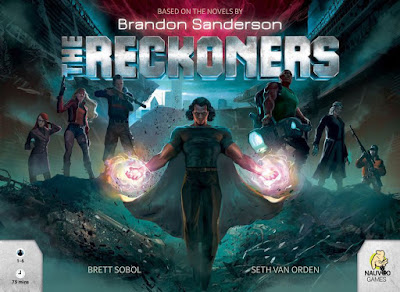 This was another game on my Gen Con list and I was able to pre-order and pick it up at the convention.  This was a last minute decision and I’m glad I made it as it is a really good co-operative game.  We’ve had a blast every time we’ve played and I look forward to seeing what else they do with the game in time! 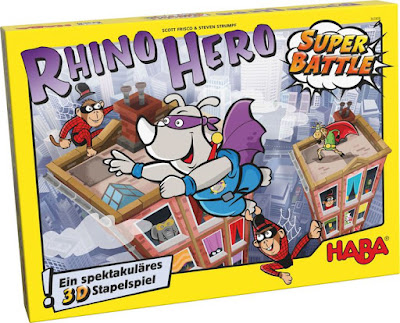 Here is another game that I picked up at the HABA booth at Gen Con.  We’ve owned Rhino Hero for many years and were really excited when this game was announced last year.  Finally we decided to pick it up and man is it ever fun!  While we enjoyed the original game, this game really kicks it up a notch and is a really fun dexterity game! 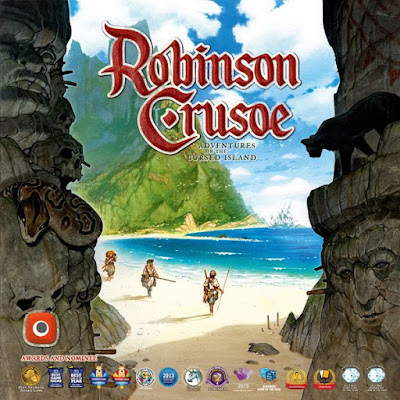 It has been a long time since my wife and I originally owned the Z-Man Games edition of this game.  I sold it off when the new Portal Games edition was announced and only now picked it up again and man am I ever happy that I did!  I forgot just how great this game is and was able to play it a couple times this past month to reaffirm my position on it!  I can’t wait to play another scenario! 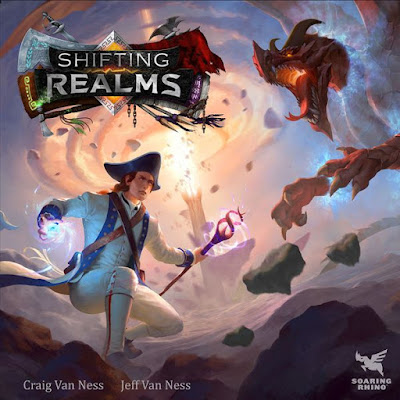 This is another Gen Con game that I was able to get my hands on during the convention.  I had a pretty good idea that I was going to buy it but still decided to do a demo when we hit their booth.  The designer, Craig Van Ness, was there and gave Josh and me a demo of the game.  We played a whole game and both of us had a ton of fun playing.  This is a great game and I hope it gets some love! 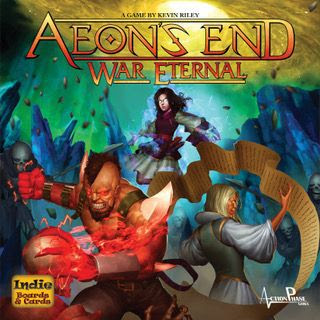 I ended up pulling this game out and teaching Steph how to play.  We pulled out a new villain I got at Gen Con, Wraithmonger, and went against him.  Much like all of my plays of this game, we had an epic round!  We were able to win with only one turn left before the nameless would have destroyed us!  I love this game and want to play more! 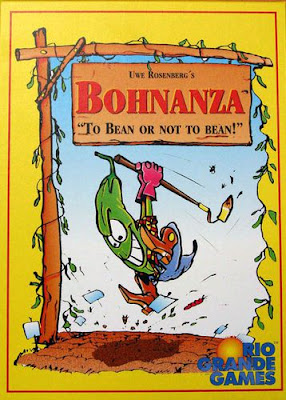 Em, Steph, Zach and I pulled out this game one night after playing Charterstone and played through a round.  Em continues her winning streak in this game as she was able to win again.  This is still one of the best “deck of card” games that I have ever played! 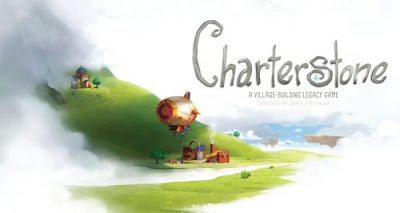 We were able to pull out this game and play another round of this wonderful worker-placement/Legacy-style game.  I am continuing my winning ways as I was able to come from behind in this particular game and pull out the win.  We only have three games left so I’m interested to see where it is going! 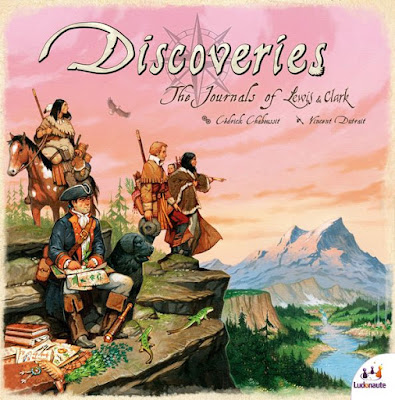 Em and I had some time after a longer game one night so we pulled out this smaller and quicker dice game and had a blast.  Em was able to pull out the win as she got some really good set-collections going on. 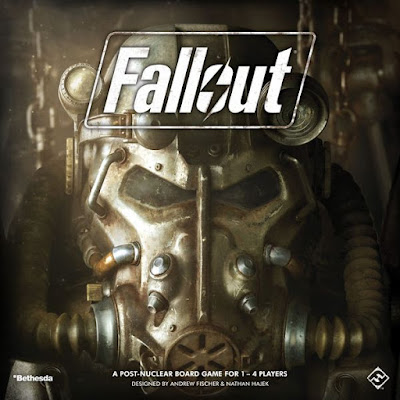 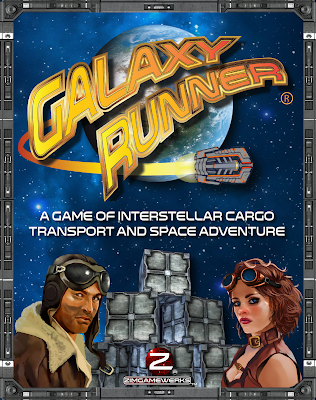 This was a game that Josh, Ruthie and I went in to playtest during Gen Con.  It is a fairly large pick-up-and-deliver, space-themed game where you are trying to do a whole bunch of things in order to score points.  This game had a lot going on but often times to its detriment.  I would like to see the designer go back and streamline much of what is here because I think it may have the bones to be a good game but right now is contending with many more games that I’d play over it in a heartbeat. 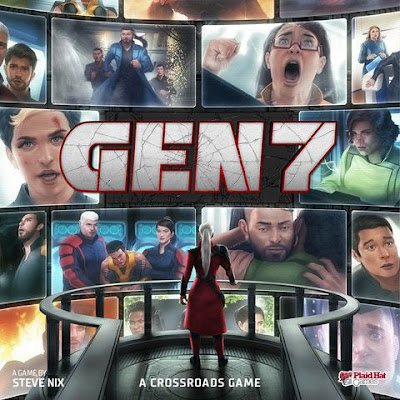 This was another demo play that I was able to schedule into my busy couple of days at Gen Con 2018.  This is the next game in the Crossroads series following up on the hit Dead of Winter.  This one finds the players in space and seems like it will be a fun campaign style game with the Crossroads elements.  I look forward to trying it out some more. 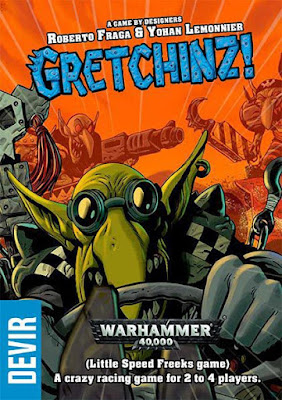 This game was the final demo I played before the dealer’s hall closed on Saturday of Gen Con 2018.  This was a quick, fun press-your-luck and take-that racing game.  The players take on the role of goblin drivers in the Warhammer 40k world and it is a pretty good dice-rolling and card game.  I was able to play with Roberto Fraga as well which was pretty cool! 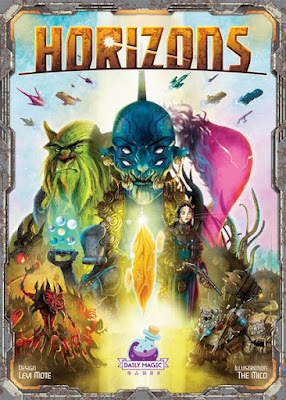 Josh got this game from a Kickstarter earlier this year and it shipped just after Gen Con.  We picked it up one game night and tried it out.  Man was I ever pleasantly surprised!  I know that Daily Magic Games does some really good stuff but this one even surprised me.  I really enjoyed our first play and look forward to more.  Plus, as a bonus, the artwork of The Miho is amazing! 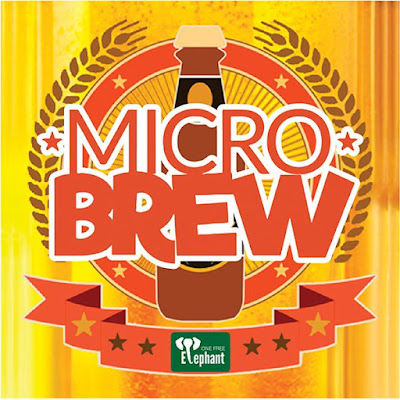 Josh and I had tickets to do the game playtesting area and hit it up on Friday afternoon of Gen Con 2018.  This is a small, two-player game that won an award for small games that can fit in an Altoids tin.  This is one of the best games I’ve ever playtested.  The game is quite deep and has some excellent strategy to it.  If you’re looking for a good two-player game you can carry with you then you may want to check this one out! 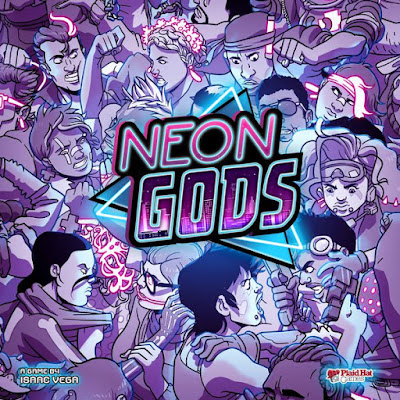 While at the Plaid Hat Games booth at Gen Con 2018 I was able to get in a bunch of demos and this was one of them.  This was my favorite of the ones I was able to try.  It is a reimplement of Isaac’s prior game, City of Remnants and I had a blast with the demo.  This may be one I pick up when its released. 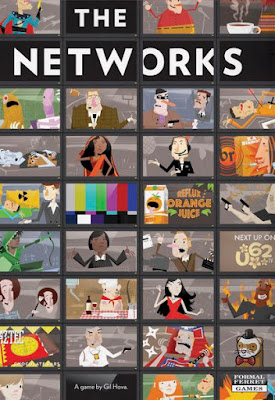 Em, Molly, Dustin and I pulled this game out one night when they came over for some games and dessert and it was awesome!  We played with the new Executives expansion as I was able to pick that up during Gen Con.  The expansion makes this game even better than it was before as it adds more variability to the opening parts and assymetrical leader/TV station abilities as wel. 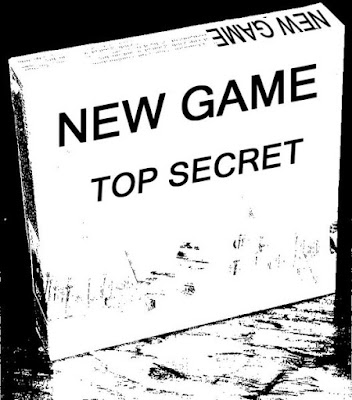 Josh brought his prototype to Gen Con for the guys to play and try it out.  He’s made some more tweaks to the game and I think it is starting to become more polished and ends up a little more entertaining each time.  Most of the development now would come in shortening the time and making sure the powers are somewhat balanced but I think it is getting pretty close to being done!

Too Many Bones (w/ Undertow) 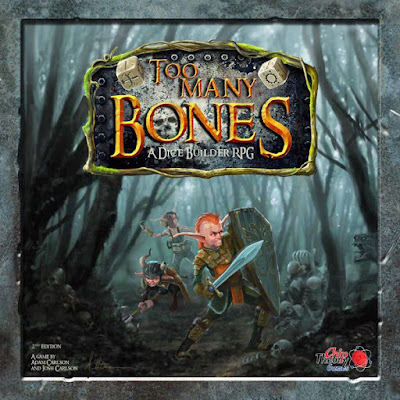 Josh picked up his copy of this expansion while at Gen Con (mine should finally be here on Tuesday!) and we immediately broke it out to try the new content!  It was amazing!  This just reaffirms my position that this is in my top 3 games of all time and new content just makes it even better.  I look forward to trying out the other new expansions that make it a campaign as well.

Well there you have it!  Another month down in the books and so many new games tried out!  I had a great month with Gen Con and just playing some awesome games and I hope next month is even half as good!  Thanks so much for taking the time to read and I hope you enjoyed.  Until next time, game on!

Email ThisBlogThis!Share to TwitterShare to FacebookShare to Pinterest
Labels: "What I Played In...", boardgamegeek, boardgames