Alright, I’ve decided to go ahead and create a third post in my Gen Con 2018 series.  While I wasn’t totally impressed by the games that are for sale this year I am very interested in some of the games that are being demoed.  Before we take a look at my anticipated demos feel free to check out the previous two posts in the series.

Alright, now that we have the prior posts out of the way let’s move on to the post.  Again, this post will take a look at the five games (plus one honorable mention) that I’m most interested in checking out that aren’t for sale but have a demo at Gen Con 2018.  Thanks for reading and I hope you enjoy! 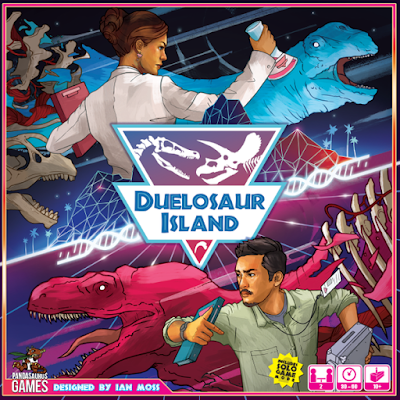 Duelosaur Island is a dice-drafting, hand-management and set-collection game designed by Ian Moss and published by Pandasaurus Games.  This game takes some of the ideas brought out in Dinosaur Island but creates a totally new, two-player experience.  The players will use some dice-and-card drafting to research dinosaurs and build habitats for said dinosaurs.  This games looks like it is a tight and fun game and I can’t wait to get my copy of it when it ships next year.  The game has the wonderful art by Kwanchai Moriya and looks amazing.  The only reason this game isn’t higher on my demo list is because I already have it on pre-order through a Kickstarter earlier this year. 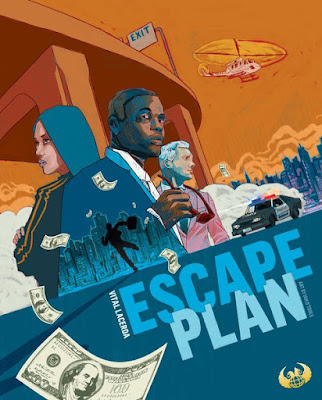 Escape Plan is a card-drafting, tile-placement and area movement game designed by the fantastic Vital Lacerda and published by Eagle-Gryphon Games.  This game has players in the role of a thief who has just successfully robbed a bank and is currently hanging low before going and grabbing their loot and splitting.  Everything goes well until the SWAT and police get involved and accusations are made and each thief goes out on their own to escape being caught while getting as much of their loot as possible.  This is done with card play and movement along a board.  In classic Lacerda ways, this game is heavy but looks to work really well with the theme.  I am looking forward to trying this one out. 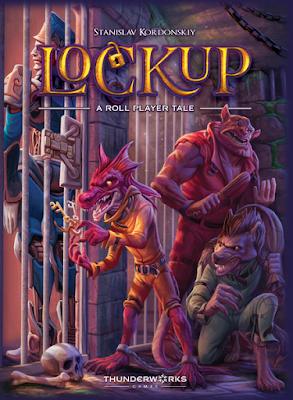 Lockup: A Roll Player Tale is a worker-placement, area-control and set-collection game designed by Stan Kordonskiy and published by Thunderworks Games.  This game takes place in the Roll Player universe and puts players in the role of a group of minions who has been locked in the king’s dungeons.  The players will try to increase their reputation while keeping the suspicions of the guards low.  The minions may not be able to escape but they will try to make their stay as comfortable as possible in this game.  The game goes in phases where their cells will be searched, place their minions in different parts of the dungeon and then score points at the lights out phase.  This game looks fun and I love the theme so I really want to try it out. 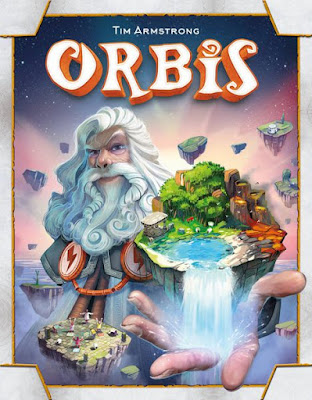 Orbis is a route-building, tile-placement and civilization game designed by Tim Armstrong and published by Space Cowboys.  This game puts players in the role of a god who is creating their territory as best as possible.  The players will do this by taking tiles from the nine lands and when that tile is taken all adjacent tiles will get worshippers of the same color thus making them more tempting for the next player.  There are some restrictions as to how the tiles may be placed making for what appears to be some interesting and puzzling decisions.  I love a good tile-placement game and this looks to be both fun and beautiful which really seems to be Space Cowboys’ modus operandi.  I hope to be able to get a demo of this game during the couple of days I’m there. 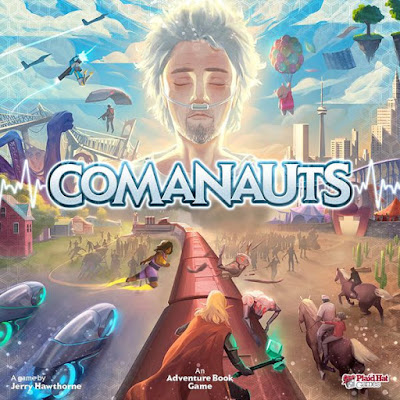 Comanauts is a dice-rolling, co-operative, adventure book game (the first was Stuffed Fables) designed by Jerry Hawthorne and published by Plaid Hat Games.  This game follows a Dr. Martin Strobal who has created the Mobius Ring.  This invention was supposed to help humanity but instead is creating a singularity and threatens to destroy the very world we are on.  Unfortunately Dr. Strobal has fallen into a coma and that is where the players come in.  Players will band together to dive into the doctor’s dreams and attempt to defeat the demons that haunt him and unlock the secrets that are hidden in his psyche.  This game’s theme is absolutely amazing as it reminds me of the fabulous game Psychonauts and just excites me to try it out.  This is a must demo at the convention! 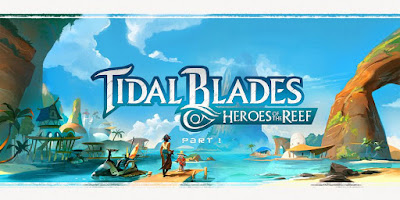 Tidal Blades: Heroes of the Reef is a worker-placement and dice-rolling game designed by Tim and Ben Eisner and published by Druid City Games.  This game takes place in the Tidal Blades universe and has the players using worker-placement and dice-building/rolling in order to get magicians to help mitigate the challenges of going into the mysteries of “The Fold”.  This game looks beautiful and Druid City Games are doing a good job with their games thus far.  I really want to try this game out!

Well, there you have it, post #3 in the bag!  These are all games that are supposed to be demoed during the convention and I’d really like to try most if not all of them.  These could all be winners or they could be duds but I hope to know more soon.  This ends the “pre-convention” posts but I may still do one afterwards.  Thanks so much for reading and I hope you enjoyed!  Until next time, game on!