Alright, games 6-10 are posted and now we move on to my top 5 game interests that are coming out at this year’s Origins Game Fair. This will be the second post in my Origins 2016 series and it is going to be on the games that I’m most interested that are seeing a release during this five day convention. If you haven’t had a chance to read it, please feel free to head on over to my first post and see what five games were in spots 6-10 on the top 10 list.

Well, with all of that out of the way I suppose we can start up on the main event. What follows will be the top 5 games I’ve been looking forward to that are seeing their “debut” at Origins 2016. Of these games I have one already pre-ordered, one that I’m definitely getting, and the other three have a good chance of making into the collection as well. Enjoy the read!

#5 – Tyrants of the Underdark (Gale Force Nine, LLC/Wizards of the Coast) 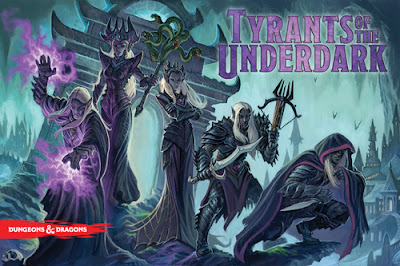 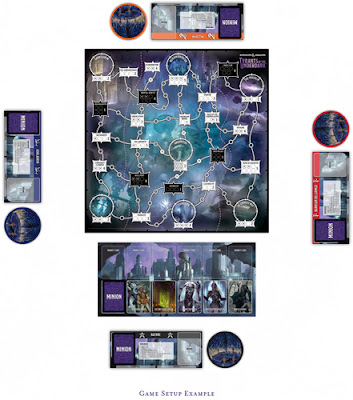 Tyrants of the Underdark is a deck-building and area control game designed by Peter Lee, Rodney Thompson, and Andrew Veen and released by Game Force Nine and Wizards of the Coast. This game, set in the Dungeons and Dragons universe, is one that really only jumped on my radar recently and seems to be making its way up the list. I wasn’t even sure that they would be debuting at Origins but heard at the last minute that they’d probably have it there so I added it on to the list. This is an interesting twist on the deck-building mechanism because they have also added a level of area control. You’ll be buying cards from the central marketplace and them manipulating the deck and gaining influence to control sites. This looks like a cool twist on some classic mechanisms and the Underdark theme is very cool. I’m looking forward to this one and hope that Gale Force Nine continues their trend of making good, licensed games. 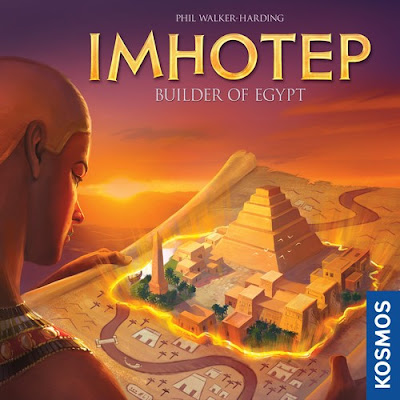 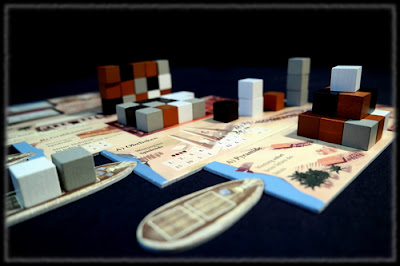 Imhotep is a Spiel des Jahres nominee designed by Phil Walker-Harding and released by KOSMOS. This game has had a large uptick since it was nominated for the Spiel des Jahres. It has actually been on my radar for some time as I thought it looked beautiful and the designer has some good credentials. This game uses some action selection and a hefty portion of take-that as you are trying to score the most points by placing your cubes on different Egyptians buildings as if you were the builder. The mechanisms and the components come together in what is a beautiful looking game with some very good, simple looking gameplay. I hope to be able to play this one and I think it will be very cool with a bunch of players fighting over their place on the buildings. 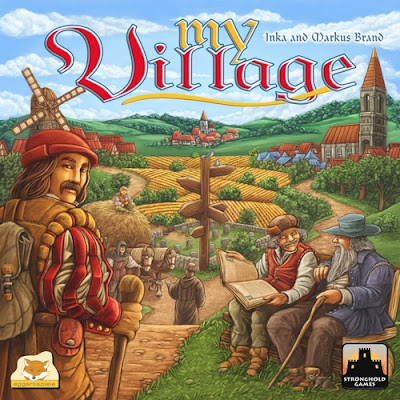 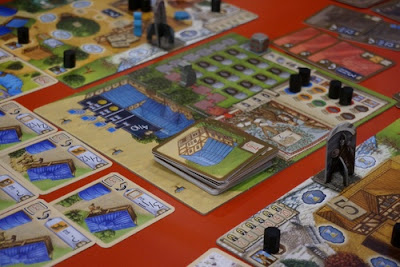 My Village is a re-imagining of Village designed by Markus and Inka Brand and released in America by Stronghold Games. While this game came out during Essen Spiel 2015, it is only now seeing a proper release in America and man am I ever glad someone picked this one up! This game takes on the new and hot mechanism of dice-drafting and from everything I’ve seen it appears to do it amazingly well. I love the decision space that dice-drafting allows as there is a healthy amount of change with the roll of the dice. While it has dice in it, don’t think of this as a lighter game, but rather a good dice-chucker with some meat on the bone! This game will probably be in my collection at some point this year as I’ve been trying to pick it up in some way since Essen. I’m highly looking forward to trying this one out! 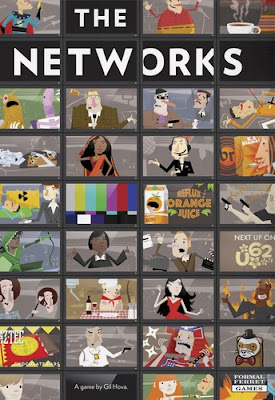 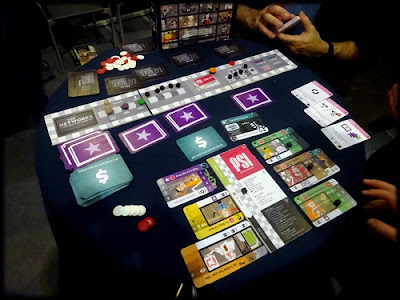 The Networks is a card drafting game designed by Gil Hova and released by his own publishing company, Formal Ferret Games. This game just looks amazing. It puts the player in the shoes of a television company who is trying to get the most viewers for their station. To do this they must draft cards which represent different shows, stars, and ads that will get them the most viewership possible. This game Kickstarted last year and it was run very well by Gil. They are shipping soon and I can’t wait to get my copy as I think it will become a favorite of my wife and me. To be honest, this game probably would have been first if I hadn’t already backed it on Kickstarter. As another interesting aside, one of Hova’s previous games, Battle Merchants, was one of my highest interests of 2014. Sadly, with the glut of releases we were never able to get it. So, Gil, if you see this and want a review of Battle Merchants and its expansion just send me a copy and I’ll work on it! ;-) 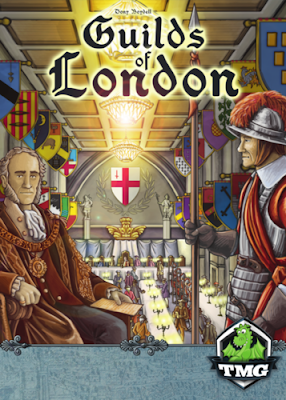 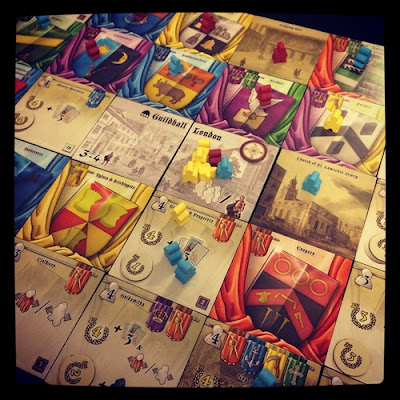 Guilds of London is a hand-management and area control game designed by Tony Boydell and released by Tasty Minstrel Games. Boydell has been working on this game for what seems like a very, very long time. Finally, it sees the light of day! This game takes on one of my very favorite game mechanisms, multiuse cards. In this game you can use your cards for a power, to place meeples on certain areas of the board, or you can use them as currency for your powers. This game looks to be just a perfect game for me. There is absolutely nothing about this game that I don’t like the idea of. There is a healthy dose of “screwage” but I that doesn’t usually ruin a game experience for me. A friend of mine is at Origins and he is going to look for a copy for me. I doubt he’ll find any due to its recent release and popularity and I think it would be awesome if he got lucky and found a copy. This isn’t just one of my biggest interests of Origins, but of the entire year! I can’t wait for this game and hope it lives up to what I think it could be!

Well, there it is. These were my top 5 games that are being released at this year’s Origins and they are all amazing looking games. I have copy of The Networks which should be in my hands soon and Guilds of London also has a good chance of being on my shelf within a few months. I am looking forward to all these releases and think they’ll be great! Thanks for much for reading everyone, I really appreciate it. Come on back in the next couple of days when I put up the final post in my Origins Game Fair 2016 series. As always thank a ton for taking the time to read! Until next time, game on!